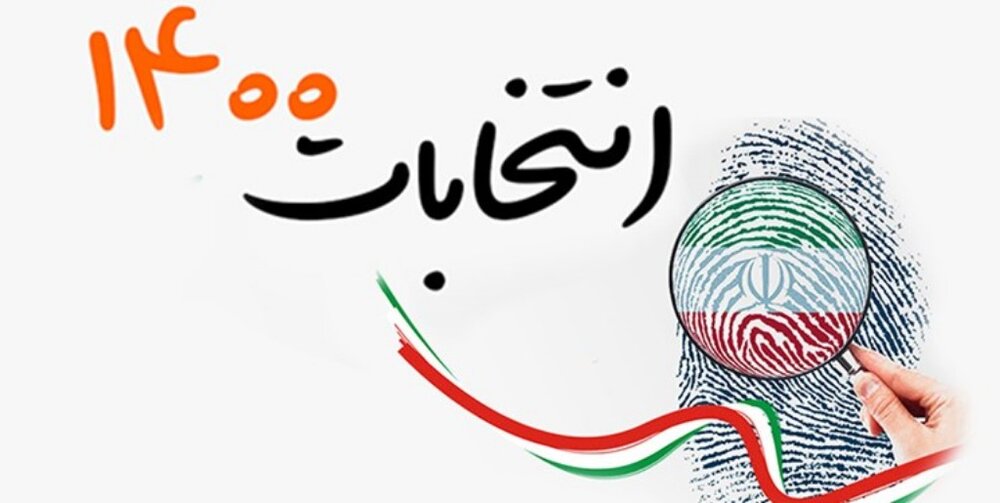 Three presidential candidates stepped out of the race this week. These were: former chief nuclear negotiator Saeed Jalili, reformist Mohsen Mehralizadeh, and conservative parliamentarian Alireza Zakani. Jalili and Zakani endorsed Raisi, while Mehralizadeh endorsed no one.

Raisi is the frontrunner in a race that is expected to have a low turnout. Polling done by the Iran-based ISPA polling agency from June 15-16 shows: 42.2% will definitely vote, 7.1% will likely vote, 11.8% are undecided, 5.9% are unlikely to vote, 32.9% will definitely not vote. The election may break the record for a low turnout for elections under the Islamic Republic since 1979.

Raisi needs at least 50% of the vote to secure an outright victory and prevent the election from going to a runoff. If he receives less than 50% of the vote, a runoff election will be held on June 25th between him and the second-place candidate. Polling done by Iran and U.S.-based institutions suggests Raisi can win the election in the first round, especially if there is a low turnout.

Many prominent reformists and moderates this week urged the public to vote to prevent Raisi from winning the election. Many Iranians have said they will boycott the vote after years of increasing disillusionment from the political process. (See NIAC’s election explainer for an overview of the political situation leading up to the vote.)

This week, former reformist President Mohammad Khatami, Green Movement Leader Mehdi Karoubi, prominent reformist dissident Behzad Nabavi, and many others issued statements urging people to vote. Khatami, Karoubi, and Nabavi all warned that what remains of the republican elements of Iran’s system was at stake in this election, and that by turning out to vote, people can disrupt hardliners’ plans to take Iran in a more authoritarian direction.

Green Movement Leader Mir Hossein Mousavi did not call on people to vote. He issued a statement saying he stands with Iranians who view the election as “humiliating and engineered.” He said those who boycott the election are “not willing to surrender to decisions made behind the curtain about the country’s future.” Both Mousavi and Karoubi have been under house arrest since 2011.

President Rouhani and Ayatollah Khamenei also gave speeches urging people to vote. Rouhani called for a high turnout to “end the cold atmosphere” regarding the election. He had earlier written a letter to Khamenei calling on him to reverse the Guardian Council’s broad disqualifications of candidates who registered to run for president.

The Views of Hemmati & Raisi on Key Issues

Conservative frontrunner Ebrahim Raisi has focused his campaign on economic messages centered on combating corruption and improving the livelihoods of ordinary Iranians. He has said little about foreign policy.

However, in the final presidential debate, Raisi signaled support for the JCPOA. As detailed in NIAC’s explainer on Raisi’s background and views, he stated: “I explicitly say: We are certainly committed to the JCPOA as an agreement that the Leader [Iran’s Supreme Leader Ayatollah Khamenei] approved with nine conditions and as an agreement and commitment that governments must abide by.” Raisi based his support for the deal based on nine conditions Khamenei laid out for supporting the deal in 2015.

Raisi also suggested he will do a better job of implementing the JCPOA than the Rouhani administration. He censured Rouhani for “not being able to implement” the deal and said only a “strong government” can implement the deal.

Raisi also said he was open to passing legislation that would bring Iran’s banking sector in line with standards set out by the Paris-based Financial Action Task Force (FATF). The Rouhani administration has pushed for the legislation to be passed for years, but it has stalled amid opposition to it by the Guardian Council. The banking reforms would bring Iran into compliance with the FATF’s rules on money laundering and terrorism financing and will allow Iranian banks to do business abroad more easily.

Raisi said he would consider supporting legislation bringing Iran into full FATF compliance if it is in “Iran’s national interests.” After he said this, another conservative presidential candidate, Saeed Jalili, strongly attacked the FATF legislation and said he would not support it.

Hemmati has voiced strong support for passing the FATF legislation. He said it would allow Iran to get on the “correct path” for its economic development.

Hemmati, who is an economist by training, supports liberal economic policies and believes the government should have a limited role in the economy. He has stated: “I believe the government should only be involved in infrastructure investments, such as telecommunications and railways and highways, and other such projects we call public goods.”

Hemmati says he supports improving relations with the U.S., but that the Biden administration must take the first steps to restore trust. He says he will pursue policies towards the U.S. based on the consensus view in Iran’s Supreme National Security Council.

Deputy Foreign Minister Abbas Araghchi said an agreement is closer in the ongoing Vienna than it has “ever been” in the previous rounds.  Araghchi said progress has been made in the current round of talks but that differences on key issues remain.

Araghchi said Iran wants the other JCPOA parties to “emphasize” that the U.S. will never withdraw from the deal again as happened under Trump.

Araghchi also said the Iranian election has had no impact on the Vienna talks. He said “if we reach a good agreement, we will agree to it. If not, there won’t be a deal under this administration or the next presidential administration.”

Araghchi also said that presidential candidate Ebrahim Raisi has a “realistic and engagement-oriented” view on foreign policy. He says Raisi supports cooperation with the international community and constructive engagement on economic issues.

Araghchi said he is confident that if Raisi wins the election, the ongoing Vienna talks will not be disrupted in any way.

Meanwhile, the IAEA’s Director General Rafael Grossi told an Italian newspaper that the JCPOA’s revival will not happen until the next Iranian president enters office. Grossi said: “Everyone knows at this stage we have to wait for Iran’s new government.”