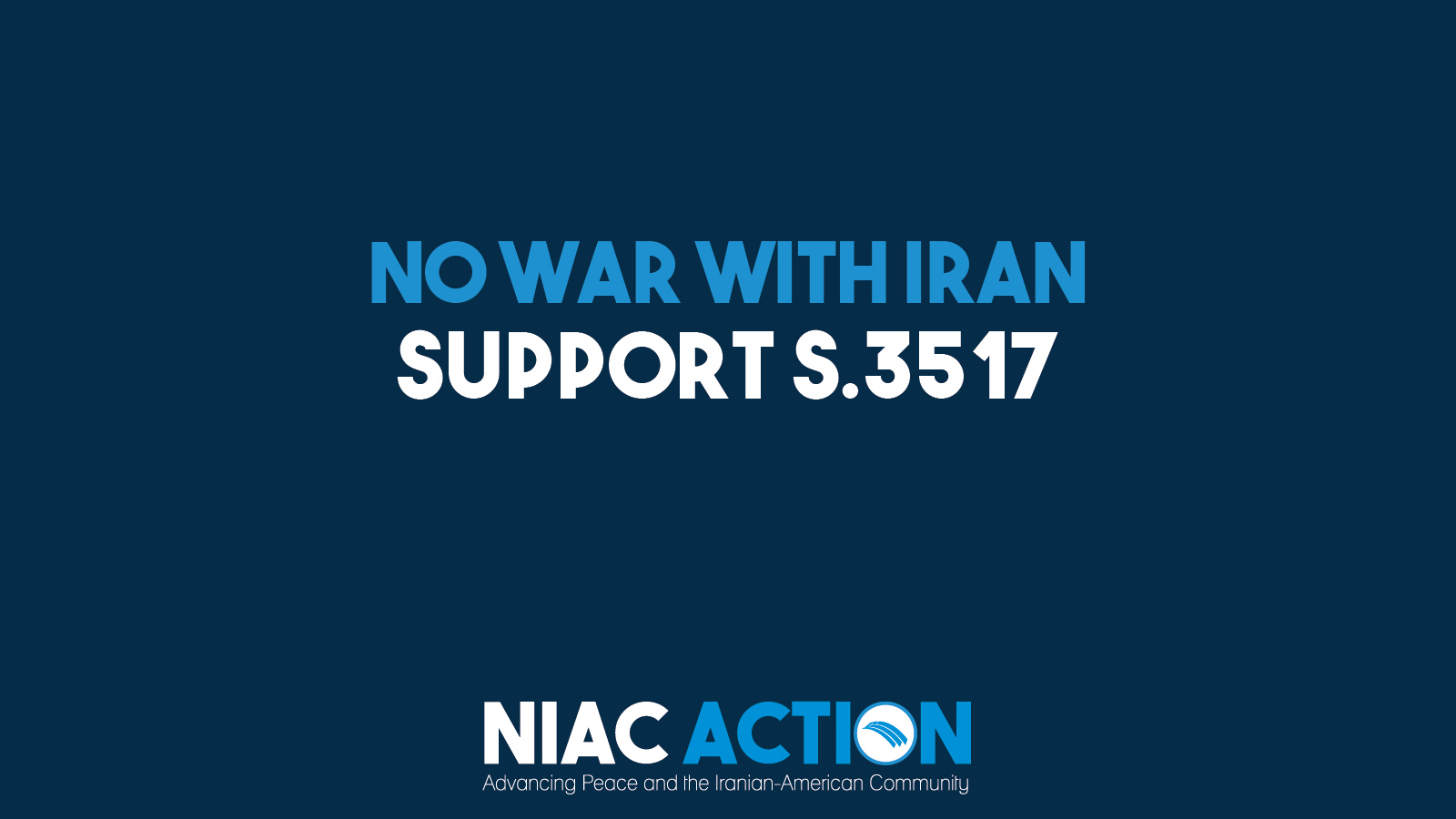 Jamal Abdi, President of NIAC Action, a nonpartisan, nonprofit organization dedicated to giving a voice to the Iranian-American community, issued the following statement in support of Udall’s legislation:

“President Trump has assembled a war cabinet that promised ‘hell to pay’ for Iran and sabotaged diplomatic channels to de-escalate tensions. Now more than ever, it seems the administration is on the warpath with Iran, which makes the Udall legislation a must-pass piece of legislation for all lawmakers who refuse to repeat the Iraq war playbook again in the Middle East.

“The American people do not want another war of choice, particularly against a nation nearly four times the size of Iraq. The Udall bill mandates that if Trump wants to start a war with Iran, he has to come to Congress for debate and approval. Our elected representatives in Washington are sworn to uphold the Constitution, so this should be an easy bill for every member of Congress to support.”