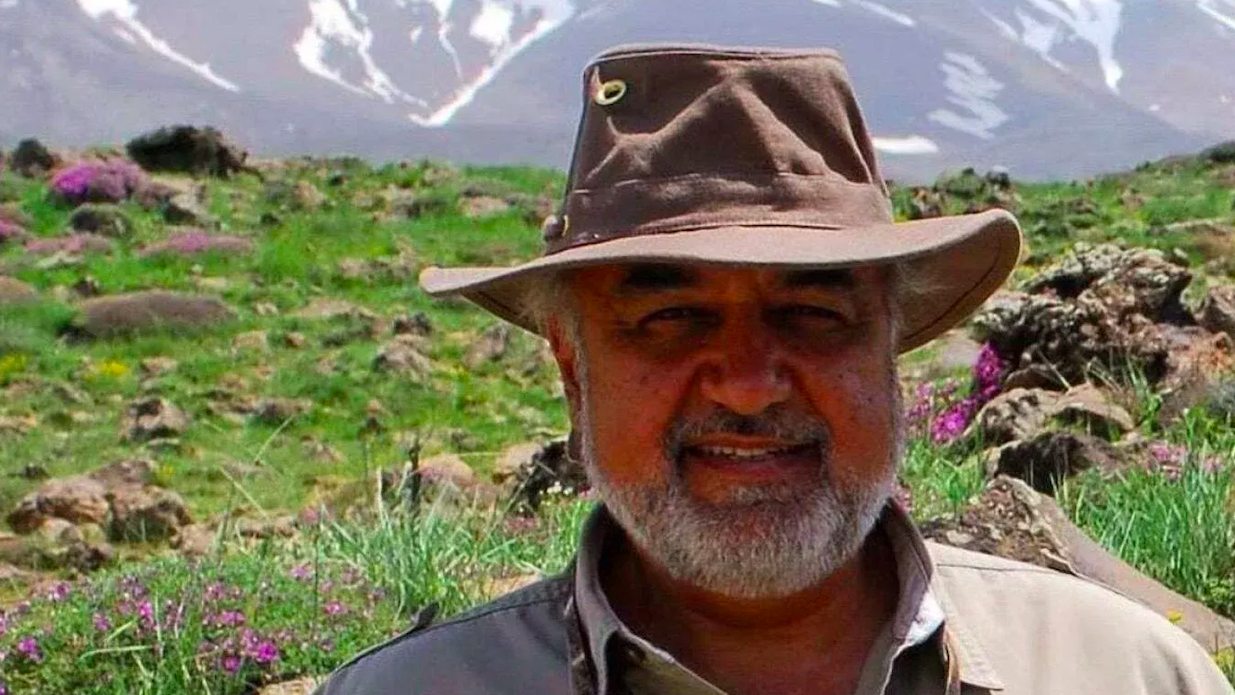 Morad Tahbaz, an Iranian-American prisoner in Iran who also holds British citizenship, was released on furlough for one month. The British Foreign Office said he is currently with family in Tehran.

Tahbaz is an environmentalist who was arrested in 2018 together with eight other members of the Persian Wildlife Heritage Foundation. Tahbaz was sentenced to 10 years in prison on charges of “collaborating with a hostile government.” Rights groups have widely said the environmentalists were arrested under spurious charges.

One of the detained environmentalists, Kavous Seyed Emami, died under suspicious circumstances shortly after his arrest in 2018. Iranian authorities asserted he took his own life, but this has been disputed by many rights groups.

Tahbaz was not included in an agreement the UK government reached with Iran in March that saw two imprisoned British nationals released. His daughter, Roxanne Tahbaz, has said that the UK government told her that her father would be part of the deal.

The British government says that because Tahbaz is also a U.S. citizen, it is cooperating with the U.S. on securing his release. London said this week that it seeks Tahbaz’s permanent release and his freedom to leave Iran.

It appears that Tahbaz’s furlough is part of the deal the UK reached with Iran in March. At the time, a British official said, “The Iranian authorities committed to allowing Morad to return home to his wife in Tehran on furlough, and we expect them to fulfill that commitment…He must be allowed to return to his family’s home in Tehran immediately.”

Iran’s Minister of Finance and Economic Affairs Ehsan Khandouzi said there has been a sharp rise in Iran’s revenues from crude oil and condensate exports. He said that in the first four months of the current Iranian year (which started in March 2022), Iran’s revenues from these sales have increased by 580% in comparison to the same period last year.

Khandouzi said that the increased oil revenues have allowed the Ebrahim Raisi government to address its budget deficit to a “good extent.” His comments come as the Russian invasion of Ukraine and the global economy recovery after the pandemic have increased energy prices.

The U.S. under the Trump administration sanctioned most Iranian exports, including its energy sales.  U.S. officials at the time said their aim was to reduce Iranian oil exports to “zero.” The Biden administration has continued Trump’s “maximum pressure” sanctions.

Iran’s Oil Minister Javad Owji has also asserted that from March 21-July 22 of this year, Iran earned $4 billion in revenues from natural gas exports. He said this was the equivalent of the total revenues Iran received from its gas exports in the previous Iranian year (March 2021-March 2022).

In April, Owji said that Iran’s oil production had increased to 3.8 million barrels per day. This is a level not seen since before the reimposition of U.S. sanctions in 2018.

Owji has also said that Iran has managed to attract foreign investment in its oil industry despite U.S. sanctions. He asserted earlier this year that Iran has signed agreements totaling $16 billion for investments in its oil fields, but that it will not reveal the details because of sanctions.

Against this backdrop, many Iranian politicians say that the increase in oil export revenues means there is no reason for Iran to revive the JCPOA, or at least that it should not rush to do so. President Raisi himself said on July 28 that “the people are officially announcing that with resistance they can neutralize U.S. sanctions.”

EU foreign policy chief Josep Borrell wrote in the Financial Times on July 26 that he has put forth a new proposal to break the deadlock in the JCPOA negotiations. He said the proposed text addresses the “sanctions lifting as well as the nuclear steps needed to restore the JCPOA.” He added, “This text represents the best possible deal that I, as facilitator of the negotiations, see as feasible.”

State Department spokesperson Ned Price said that the U.S. is “reviewing” and “studying” the EU proposal. He stated, “we will share reactions we have directly with the EU.”

Iran’s Foreign Minister Hossein Amir Abdollahian spoke to Borrell and said Iran is committed to a “continuation of the path of diplomacy and negotiation.” Meanwhile, Mohammad Marandi, an advisor to Iran’s nuclear negotiating team, said about Borrell’s proposal, “ In any case, the Westerners are now closer to what is acceptable for Iran, but they must meet Iran’s expectations.”

Against this backdrop, French President Emmanuel Macron said there is still time to revive the JCPOA, but that the ball is in Iran’s court. However, according to Axios, Brett McGurk, the White House coordinator for the Middle East and North Africa, said reaching a JCPOA deal is now “highly unlikely.”

John Kirby, the National Security Council spokesperson, said “the President believes diplomacy is the best path forward to see that outcome.” He added, “the negotiations are pretty well complete on a new JCPOA, and it’s on the table.  And the onus is now on Iran to decide whether they’re going to take that deal or not.”

In this context, Mohammad Eslami, the head of the Atomic Energy Organization of Iran, said Iran will not restore IAEA cameras at its nuclear facilities until the JCPOA is restored. Eslami also emphasized that Iran has not engaged in any uranium enrichment without notifying the IAEA.

Meanwhile, IAEA Director General Rafael Grossi said Iran’s nuclear program is “galloping ahead.” He added, “if there is an agreement, it is going to be very difficult for me to reconstruct the puzzle of this whole period of forced blindness.”