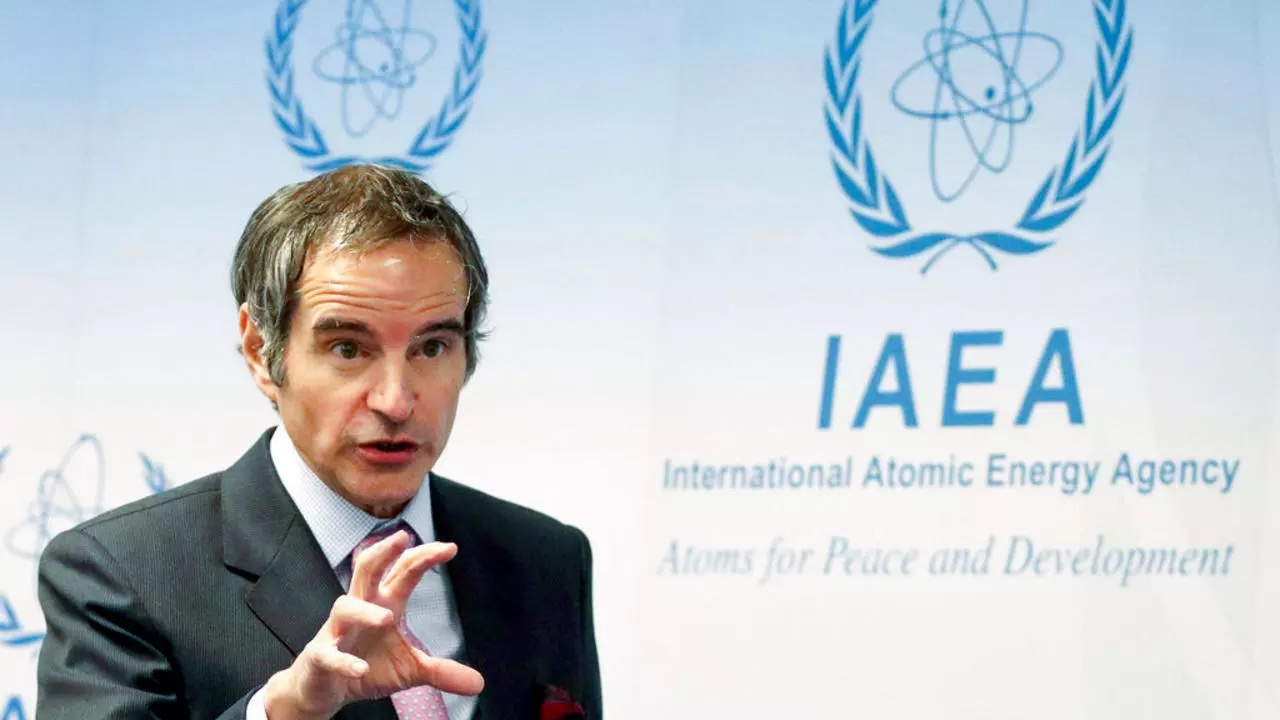 Iranian officials welcomed the IAEA’s Board of Governors decision to not introduce and vote on a draft resolution censuring Iran. Amid the meeting of the IAEA’s Board of Governors this week in Vienna, there were reports that the “E3” European powers (Britain, Germany, and France) sought to introduce a resolution rebuking Iran for limiting IAEA access to certain alleged nuclear sites and ceasing compliance with the additional protocol to its IAEA safeguards agreement.

Khatibzadeh said the rejection of the resolution kept the “path for diplomacy” open. He stated: “Today’s development can preserve the diplomatic path that Iran and the IAEA have opened and create the grounds for all sides of the JCPOA to fully implement their commitments.”

Khatibzadeh added: “Iran is hopeful that all the sides participating in the JCPOA will be able to use this opportunity and with serious cooperation, ensure the full implementation of the JCPOA by all.”

Rafael Grossi, the IAEA’s Director General, said at the IAEA meeting that an agreement was reached over “technical” negotiations with Iran. Grossi stated: “Iran has finally welcomed and accepted my initiative to engage in a focused and systematic effort aimed at attempting to clarify a number of outstanding issues that have to do with different things – the presence of uranium particles, doubts about certain materials that exist in Iran, which were not declared before.”

Grossi said he aimed to have a “far better understanding” of these issues in Iran “by the summer or before then.” He said he would next travel to Iran in early April.

Earlier this week, the French foreign minister said the U.S. supported the E3’s aim to introduce the resolution.  President Rouhani warned the E3 against passing the “destructive resolution” and said it would be met with a response from Iran.

Analysts believed that if the IAEA passed a resolution censuring Iran, prospects for a JCPOA return would have diminished. Iranian officials suggested a critical IAEA resolution would also jeopardize a recent IAEA agreement with Iran over the additional protocol issue, which kept “necessary” IAEA monitoring mechanisms in place in Iran.

Rouhani also had a call with French President Emmanuel Macron earlier this week. The two leaders discussed the “situation regarding returning to the JCPOA and the full implementation of the nuclear deal.”

Earlier in the week, Iran rejected an EU proposal for an informal meeting on a JCPOA return between Iran, the U.S., and the rest of the global powers that negotiated the deal. Khatibzadeh said the timing of the meeting “was not appropriate” given the “recent actions of America and the E3.”

After the IAEA scrapped the draft resolution against Iran, Reuters reported there were “positive signals” from Iran on the talks occurring. Reuters cited “two European sources” in its report and said objective is to “get everyone around the table before the start of Nowruz, the Iranian New Year, on March 20, when Iran slows down administratively.”

Rupert Colville, the spokesperson for the UN High Commissioner for Human Rights, condemned the killing of fuel carriers in Iran’s southwestern Sistan and Baluchestan province. As covered in last week’s issue of Iran Unfiltered, a wave of protests began in the province after security forces reportedly shot at fuel carriers in the border city of Saravan. Iranian officials maintain that Pakistan border guards first shot at the fuel carriers at the border.

Colville said between 12 and 23 people have been killed by security forces in the province amid the ensuing unrest. He said that because the internet to the region has been “cut off or disrupted,” it was “difficult to confirm or deny the number who have died.”

Colville called on Iranian authorities to restore access to the internet in the region. Meanwhile, the Campaign for Human Rights in Iran says 23 have been killed by security forces during protests in the province.

Rezaee said about a military president: “If the military comes to power, they will cut off the hands of thieves and will return every drop of money taken from public funds to the treasury and put it in the hands of the people.”

At the same time, many in Iran have voiced strong opposition to a person from a military background becoming president. Ali Motahari, a former parliamentarian who has announced he will run for president, said having a military figure take over the presidency will “not be prudent” for the country.

Iran’s next presidential election will be on June 18th of this year.