Officials and Analysts React to Trump’s Termination of Oil Waivers

On April 24th, Ayatollah Khamenei addressed workers and labor representatives and dismissed the Trump administration’s decision to terminate sanction waivers for importers of Iranian oil.  Khamenei stated: “Our active people and alert officials have shown that they can breakdown all barriers and definitely this effort by America will not get anywhere. The Islamic Republic will export as much oil as it needs and that it wills.”

Khamenei also warned that Iran would take retaliatory steps. He declared: “You [U.S. officials] should know that your enmity will not go unanswered. The Iranian people are not a people that you can plot against and that will sit back and watch.”

Khamenei stated that the U.S. aim was to “bring Iran to its knees.” He proclaimed: “By focusing on the economic issue, the Americans want to bring the Iranian nation to its knees. But they should know that this latest action by them will be futile and that the great and dear Iranian people will never drop to their knees before the Great Satan.”

Iran’s Oil Minister Bijan Zanganeh also said that the U.S. will fail to reduce Iranian oil exports to zero.  He stated: “Definitely the dream to reduce the purchasing of Iranian oil to zero will not be realized. The oil ministry will use all its capability to break America’s sanctions. The situation with demand in the oil market is fragile. The statement released by America and its regional allies to give confidence to the oil market and prevent a rise in prices reflects their worry of destabilizing the oil market.”

In a column for the reformist Etemad newspaper, analyst Meisam Sharifi contended that the Trump administration’s termination of sanction waivers for importers of Iranian oil would have little impact. Sharifi outlined “different paths” Iran’s oil ministry could take to continue exporting oil and stated that given these options, “it doesn’t seem that the issuance or non-issuance of the [U.S.] waivers will make a difference.”

He added on Iran’s options to export oil: “By changing [identifying] documents and using interlocutors, we can continue to export oil. Other countries like China, because of their trade tensions with America, will ignore the waiver issue and buy Iranian oil in the coming months.”

In a piece for the conservative Alef outlet, analyst Mehdi Mohammadi explained why he believes “America’s maximum pressure campaign against Iran has failed.” He argues that the main aim of U.S. pressure was to “create unrest across the country and turn the people against the government.” He states this has not only failed but it has created increased “national solidarity” within Iran.

Mohammadi further contends that Trump’s pressure campaign has diminished the credibility of “pro-West” forces to such an extent in society that they fear speaking out in favor of renewed U.S.-Iran negotiations. He went on: “America’s economic pressures have not increased the demand within Iranian society for compromise with America. Instead, it has led to the entrenching of the conclusion that negotiations and agreements with America are fundamentally worthless and that Iran must pursue other paths to resolve its problems.”

On April 25th, Tehran’s police chief Hossein Rahimi confirmed reports that drivers of cars with women “without hijabs” have been sent text messages summoning them to the “ethical security police.” Rahimi stated that the recipients of the texts had to go to the police station and give a “written commitment” to observe hijab. He added: “If in future instances this action [no hijab] is seen again in their vehicles, their case will be sent to the judiciary.”

According to Radio Farda, hundreds of people in Tehran have received these texts over the past several days. Last week, Rahimi also stated that “undercover ethical police force” of 7,000 men and women was being launched.

On April 21st, Ayatollah Khamenei appointed Hossein Salami as the new commander-in-chief of the IRGC. The outgoing IRGC head, Mohammad Ali Jafari, was appointed as head of the Hazrat Baqiatollah al-Azam Cultural and Social Headquarters, an ideological and propaganda organization. Salami, who had been Jafari’s deputy for the past ten years, was elevated to the rank of major general. Jafari had served as the IRGC’s commander-in-chief since 2007.

Jafari’s departure was unexpected, as his formal mandate ran through next year. Khamenei’s edict appointing Salami expressed a “necessity to replace the commander of the Guards.” However, the reason for this necessity and the premature replacement of Jafari was not explained.

According to the reformist Fararu, “commander Salami is among the military figures who has the most anti-American and anti-Zionist [Israeli] rhetoric in his track record.” Fararu said his appointment reflects that Iran “will not back down” in the face of the Trump administration’s pressure policies and demands.

Fararu stated that Salami is also known for refraining from intervening in domestic politics. While many IRGC commanders have over the years criticized Iranian political figures and the work of Iran’s presidential administrations, Salami has not. He has also not publicly criticized President Rouhani or his administration. Fararu states that this quality of Salami can help “preserve unity among political forces and the political, military, and security institutions within the country.” Fararu further said that “maybe during the period of Commander Salami, the Guards will become more military focused and less involved in other fields.”

During Salami’s official inauguration ceremony, Mohammad Bagheri, chief of staff of Iran’s Armed Forces, praised Jafari’s tenure as IRGC commander. Bagheri outlined what he said were Jafari’s main achievements, stating: “Commander Jafari’s tenure was marked by major developments within the IRGC, the most important were the creation of provincial Guards, the IRGC’s evolution plan, paying special attention to cultural issues, growing the resistance axis and backing the Qods Force. The resistance axis today has suppressed terrorism, and this is a big difference to the period before [Jafari].”

Bagheri also stated that Salami’s appointment comes as a time of high tensions with the United States. He said: “Salami’s service coincides with a sensitive period in the history of the revolution. In this period, we are witnessing the anger of America and a new era of plots and sanctions from the enemy. The IRGC can have a major role in neutralizing these efforts. The period of Salami will definitely be the period of the enemy’s defeat.”

Meanwhile, in his inauguration speech, Salami praised the IRGC’s Qods Force, which is headed by Major General Qasem Soleimani. He stated: “Our Qods Force, with its courageous and righteous commander, has surmounted mountains and plains to end American hegemony in the Eastern Mediterranean. It has reached the Red Sea and turned Islamic lands into lands of Jihad.”

An informed source told the Iranian outlet ILNA that “national unity” talks are reportedly underway between “important and consequential figures of the reformist and principlist movements.” Former reformist President Khatami—who has been excised from the ruling system and has an official media ban against him—has long called for national unity dialogue. According to this source, the “details of these meetings and who is in them are not going to be released.”

Saeed Ghasemi, an outspoken hardline figure who spurred controversy last week by saying that the IRGC used the Red Crescent as cover for its operations during the Bosnian war, has been summoned to court. Read more about Ghasemi’s recent remarks and the subsequent backlash in last week’s issue of Iran Unfiltered.

Esmaili added that the case against Ghasemi, a figure with close ties to powerful hardline factions and institutions, would be “investigated thoroughly and fully.”

Pakistani Prime Minister Imran Khan travelled to Iran and met with senior officials including Ayatollah Khamenei and President Rouhani. Rouhani stated in a press conference that both countries were committed to improving their economic and political ties and would not let third countries damage their relations. After a period of rising tensions between the two countries in the aftermath of terrorist attacks in southwestern Iran from Pakistan-based militants, Rouhani praised Pakistan’s “confrontation with terrorists.” 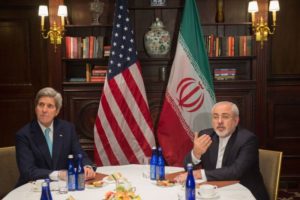 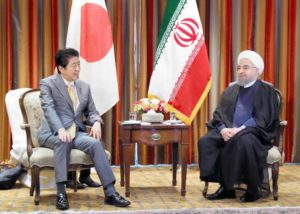