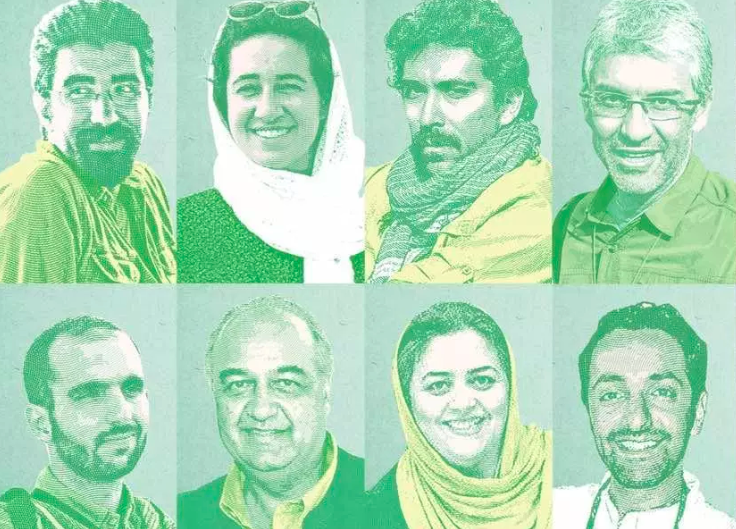 The signatories of the letter say it has been “more than 500 days” that some of the most “renowned Iranian environmental specialists and activists” have been imprisoned on espionage charges. The letter highlighted the disagreement between the Revolutionary Guards charging the environmentalists with espionage and the Intelligence Ministry dismissing these charges.

Outrage and Controversy Over Video of Police Beating Woman

A video went viral of two police officers physically confronting and forcefully arresting a woman in a Tehran park. The video was released by the “White Wednesdays” project and spurred controversy across social media and among politicians.
After the incident, Tehran’s police chief stated that the two officers “had been fired” because of their “improper conduct.” According to the police chief, three men and two women were arrested at the park for “resisting the instructions of police, breaking norms, confronting police, and improper hijab.”
Hours later, the police chief said that the action against the officers was “being halted.” A police statement said that “the implementation or suspension of charges against the officers will occur after an investigation.” The police chief said the reversal happened because of “new reports” regarding “events” at the park.
President Rouhani also stated in a speech that government interference in the private lives of people was “unhealthy.”

In a speech following the imposition of new U.S. sanctions, Ayatollah Khamenei once again voiced opposition to new negotiations and censured the United States. As in other recent speeches, Khamenei reiterated that the U.S. seeks to disarm Iran through negotiations, stating: “The Americans are terrified of the source of the Iranian nation’s power and are afraid to move forward (aggressively). As such, they want to take the source of Iran’s power away through negotiations to commit whatever blunder they want against the nation.”
Khamenei added that Trump’s offer of negotiations was a “deception.” He further said that U.S. sanctions were “oppressive” and that “the Iranian people won’t be affected by U.S. insults, nor will they retreat.”
Khamenei also stated that U.S. pressure had no effect on the Iranian people because they participate in elections and demonstrations. He said of Iran’s upcoming parliamentary election in February 2020: “There is an election at the end of this year [the Iranian year 1398]. I know that despite the doubts that some are trying to create, the nation will be present in the election with enthusiasm.”