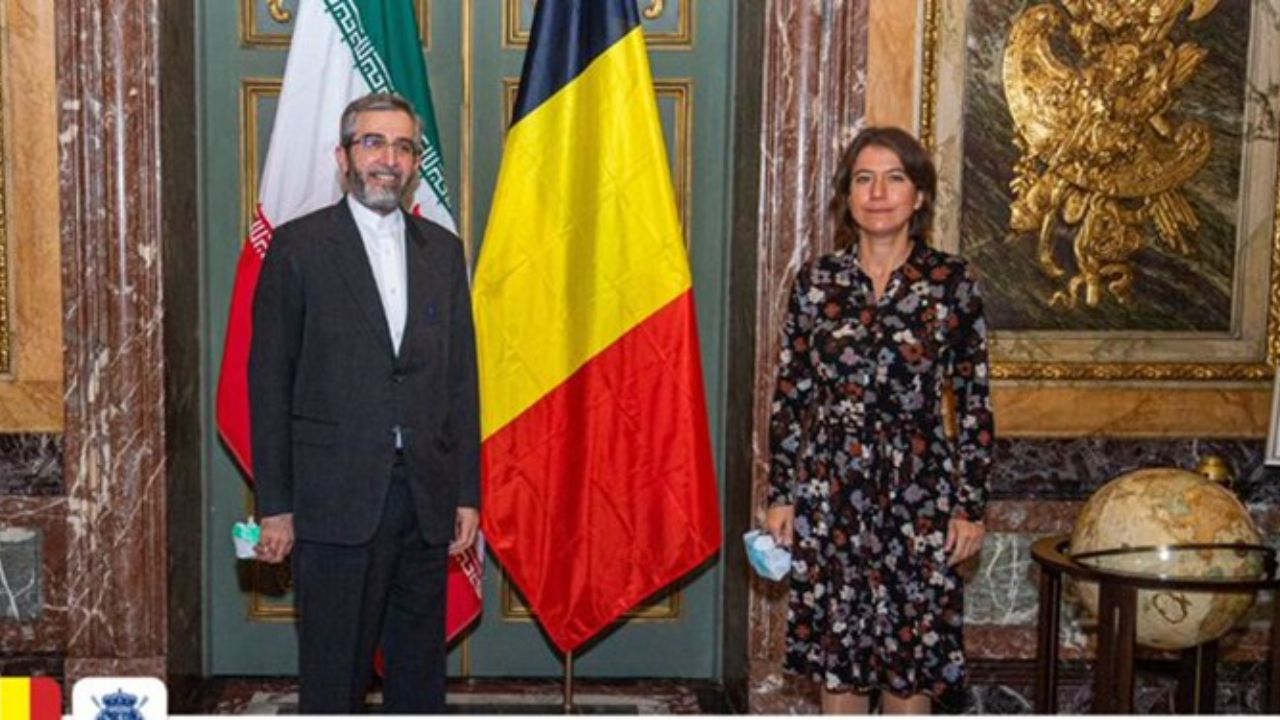 Iran to Return to Vienna Negotiations in November

Iran to Return to Vienna Negotiations by End of November

Iran’s Deputy Foreign Minister for Political Affairs Ali Bagheri met in Brussels with Enrique Mora, the EU’s Deputy High Representative. After their meeting, Bagheri tweeted that they agreed “to start negotiations before the end of November.”

Bagheri stated in his tweet: “had a very serious & constructive dialogue with @enriquemora_ on the essential elements for successful negotiations. We agree to start negotiations before the end of November. Exact date would be announced in the course of the next week.”

However, Abdollahian emphasized that Iran accepts the “Vienna format” for the JCPOA negotiations.

Abdollahian also said another trip to Iran by IAEA Director General Rafael Grossi is “certain.” But he said it is “not important” to say when this trip will occur.

Abdollahian said Iran doesn’t want to return to the JCPOA “just to return to it.” He said: “What is important is that the result of this return [to the JCPOA] is the lifting of the sanctions and in Iran’s benefit or does not lead to new limitations.”

Abdollahian said President Biden must show he has “serious will” to return to the JCPOA.  He added: “We have assumed Biden has good intentions. A small sign would be freeing $10 billion of Iranian assets, in the time of COVID.”

A cyberattack disrupted 4,300 gas stations across Iran on October 26th. Abolhassan Firouzabadi, the secretary of Iran’s Council on Cyberspace, said there was a “broad cyber-attack” that disrupted the gas stations but said the attack was repelled and that the gas stations would be fully operational within a day.

Simultaneous with the cyber attack on gas stations, digital billboards in Tehran were also affected. Images on social media showed the billboards being changed to say, “Khamenei, where is our gas?”

An unknown group calling itself “predatory sparrow” claimed responsibility. Firouzabadi said the attack was likely carried out “by a foreign country.” He compared it to an earlier cyber attack against Iran’s railroad infrastructure. He did not say which foreign country was responsible but said within 7 to 10 days a “final appraisal” of the attack will be provided.

Amos Yadlin, the former head of Israeli military intelligence, praised the cyber-attack. He stated the attack “is turning out to be a widespread and impressive cyber operation. Thousands of stations are out of commission, [causing] long lines and public resentment. The operation has been accompanied by a perception campaign of messages that point to the regime and the supreme leader as being at fault for the crisis.”

Separately, the Israeli newspaper Haaretz cited Israeli security officials as saying they have their sights squarely on the Iranian middle class & damaging their “quality of life.”

The spokesman for Iran’s judiciary said the new one-year imprisonment sentence against British-Iranian Nazanin Zaghari-Ratcliffe is “certain” but still not in the stage of being implemented. After Ratcliffe finished a 5-year prison sentence in Iran, she was sentenced to another year in prison. She is currently not in prison in Iran but not allowed to leave the country.

Nazanin’s husband Richard Ratcliffe started a hunger strike on October 24th in London. He says he is doing it in protest at his wife’s new one-year sentence and against the British government for its handling of this issue.

Javaid Rehman, the UN Special Rapporteur on the human rights situation in Iran, issued his fourth annual report. The report highlights the issue of the death penalty in Iran as well as “an overview of some key concerns at the human rights situation, including repression of civic space, continuing discrimination against religious, ethnic and sexual minorities, the dire condition of prisons, and the impact of sanctions.”

In presenting the report, Rehman criticized the use of the death penalty in Iran. He stated: “There are extensive, vague and arbitrary grounds in Iran for imposing the death sentence, which quickly can turn this punishment into a political too.”

The report also criticized U.S. sanctions on Iran, stating: “The Special Rapporteur is concerned that sanctions and banking restrictions imposed by the United States of America have had an adverse effect on the healthcare system, which has been exacerbated by the COVID-19 pandemic. He reiterates previous calls to waive sanctions that can undermine the capacity to respond to the pandemic, in particular due to complex regulatory processes, limited access to non-sanctioned banking services and over-compliance by potentially affected third parties, which jeopardize trade in medical supplies.”