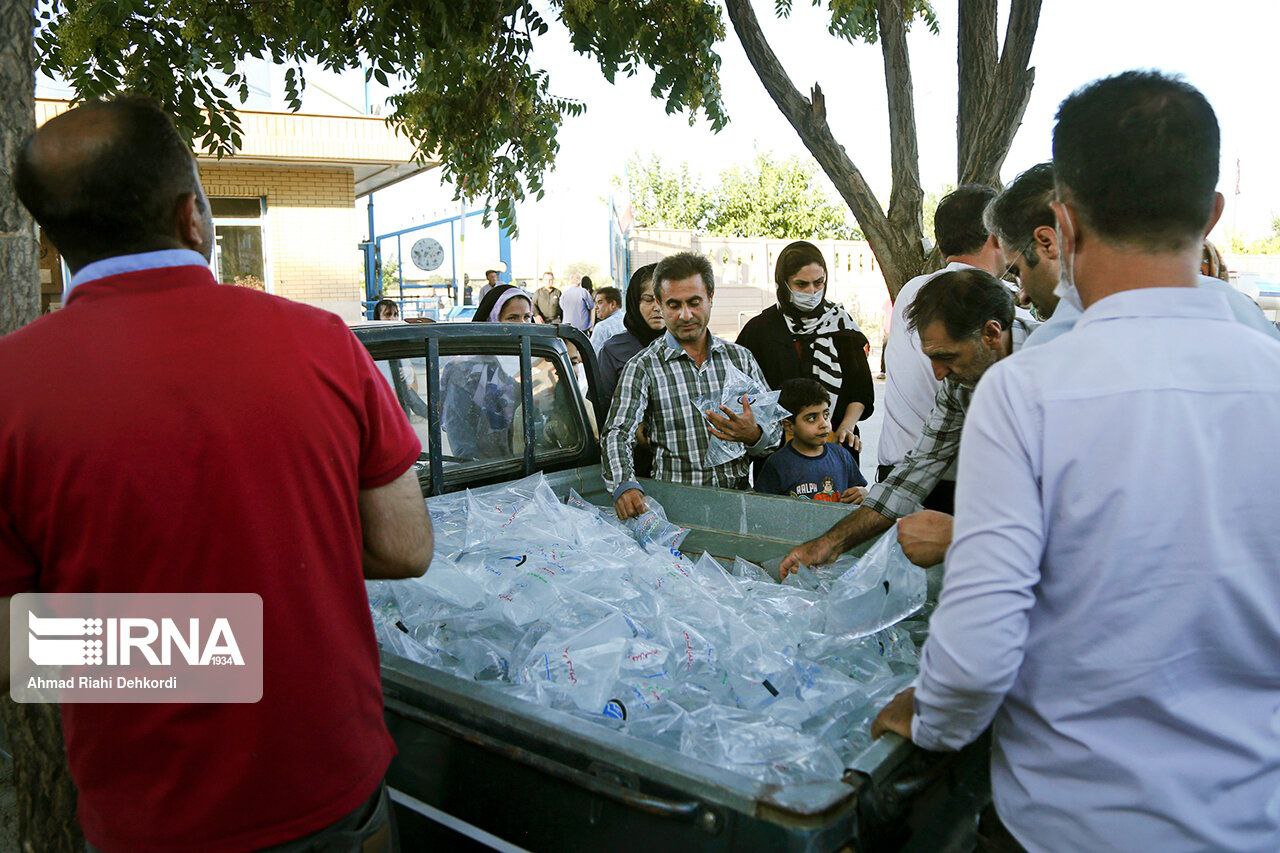 On Monday, August 15, Iran conveyed its response to an EU draft agreement to restore the JCPOA. The draft text was reached after a recent round of negotiations in Vienna, with the EU presenting it as a “final text.”

Bloomberg reported that Iran’s response was “constructive,” citing an official familiar with the diplomatic efforts. It added that the EU is “consulting with the US on a ‘way ahead’ for the protracted talks.”

As of August 18, the U.S. still has not responded to Iran’s response and is studying it. State Department spokesman Ned Price said on August 17, “we had received Iran’s comments via the EU. We are studying them.”

Prior to Iran submitting its response, an “extraordinary” session of Iran’s Supreme National Security Council (SNSC) was held and chaired by President Ebrahim Raisi. The SNSC is the top Iranian decision-making body on foreign policy issues, including the nuclear file.

Iran’s Foreign Ministry spokesman Nasser Kanani said on August 15 that the EU draft agreement did not “completely meet Iran’s legal demands.” He said a final agreement will depend on meeting Iranian “redlines.”

Iran’s Foreign Minister Hossein Amir Abdollahian on August 15 defended a JCPOA agreement in the face of hardliner criticisms in this country. He said, “parliament says that the draft text has problems, but the other side of course has its own demands.” He added, “The other side, 6 countries, has its own considerations. The agreement is the result of the conflict of views between us and the P5+1.”

Abdollahian further stated: “What the people want from us today is the results of the negotiations. They say you negotiated and talked enough. The people want results from us.”

Abdollahian also emphasized that three issues remain in the negotiations. He said that on two of them, the U.S. expressed its “flexibility verbally” and that this should be conveyed in written form in an agreement’s text. He added that the third remaining issue is related to the guarantees Iran seeks that the U.S. will stick with a deal and allow Iran to benefit economically from it.

On August 17, senior Iranian officials, including Abdollahian, briefed the Iranian parliament on the negotiations in a closed-door session. Afterwards, Abolfazl Amuei, the spokesman for the parliament’s foreign policy and national security commission, said there are still issues that need to be negotiated.

Amuei said an agreement can be reached “very quickly” if the IAEA “safeguards” issue is ended and “other remaining issues” are resolved. He was referring to the IAEA’s ongoing investigation into undeclared sites in Iran where nuclear activity has occurred.

Iran Calls for a “Prisoner Swap” with the U.S.

Iran’s Foreign Ministry spokesman Nasser Kanani called for an “immediate deal” on a “prisoner swap” with the United States. He said that Iran has “many times” through “different channels” expressed its readiness to address the prisoner issue” through a deal that is “independent of the JCPOA.”

Kanani’s remarks came a day after U.S. Secretary of State Antony Blinken tweeted about Siamak Namazi, an Iranian American imprisoned in Iran since 2015. Blinken stated, “Siamak Namazi has now spent 2,500 days wrongfully detained in Iran. We are determined to secure his freedom and ensure all Americans who have been wrongfully detained by Iran, including his father Baquer, can return home.”

Kanani said there was an “existing agreement” to swap U.S. and Iranian prisoners. He called for implementing this agreement, which he said would release Iranians detained on sanctions violations changes in the United States. He asserted that these Iranians are “innocent” and were arrested for “violating oppressive and illegal sanctions.”

There are at least for Iranian Americans who have been detained in Iran and are being prevented from leaving the country. These are: Siamak Namazi, the longest held Iranian-American prisoner in Iran, his 85-year-old father Baquer Namazi, and businessman Emad Shargi. The elder Namazi, and most recently Tahbaz, have been granted furlough from prison but are not allowed to leave the country.

Protests over Water Cut Off as Government Meets Pensioners Demands

The water supply to the Iranian city of Shahrekord in Chaharmahal and Bakhtiar province has been cut off since August 7. On the ninth day of this water cut off, people in the city staged a demonstration criticizing the government response.

The water cut off has been attributed to recent heavy rains and floods that disrupted the city’s water supply. According to IRNA, seven cities and 34 villages in the province are facing a water shortage.

Experts have also linked the water cut off to a lack of proper water treatment facilities, as well as the degradation of local vegetation that prevents water from becoming polluted. Videos posted by locals on social media show heavily polluted water.

The city’s water supply is currently being provided via tankers. Meanwhile, protestors have chanted slogans against President Raisi and local officials in the city. A hashtag, “Shahr Kord has no water,” has also been used online.

Against this backdrop, the government has reached a compromise with pensioners, who have staged several protests in recent months seeking raises in their pensions. The ministry of labor announced that pensions would be increased by 38%. Previously, the Raisi administration said this raise would be 10%.

In response, the main pensioners’ union issued a statement saying: “After five months of anxiety and stress in millions of homes belonging to the most honorable people, the government finally yielded to what is right.”