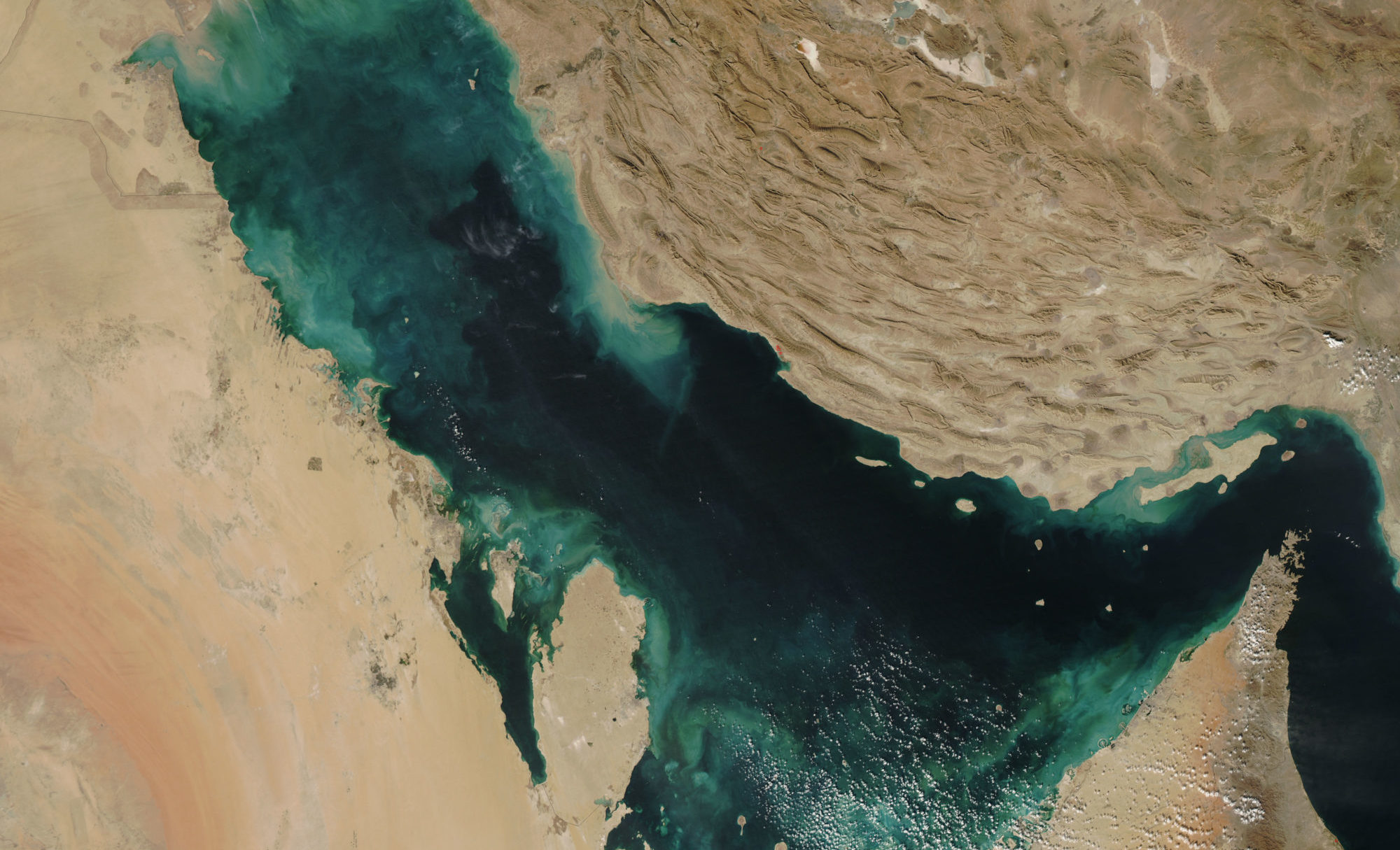 President Rouhani has said parts of Iran will reopen in accordance to a color-coded zone system. Rouhani said regions in the country will be divided into red, yellow, and white zones based on the number of coronavirus infections and deaths.

Rouhani said that if there were no new coronavirus deaths or infections requiring hospitalization for two weeks, a region would be declared a “white zone.” Deputy Health Minister Alireza Raisi says 116 cities are currently white zones, comprising 14 to 15 million people.

The Health Ministry’s spokesperson has also said that Iran’s number of daily new infections has dropped below 1,000 for the first time in 36 days. As of April 27th, the registered number of total COVID-19 infections in Iran is 91,472 and 5,806 have died from the disease.

Deputy Health Minister Iraj Harirchi has said face masks must be used in the subway system and other forms of public transportation. He said at every subway station, kiosks have been set up to sell masks at an “affordable price.”

The Rouhani administration has also been under increased pressure to reopen mosques and other religious facilities. Many clerics and political factions have been pushing for religious institutions to reopen during the Islamic holy month of Ramadhan.

However, the Health Ministry has said most religious institutions will not be reopening during Ramadhan. Deputy Health Minister Raisi says the situation is not yet suitable to reopen facilities like the Imam Reza Shrine in Mashhad or the Masoumeh Shrine in Qom. He added that given the “current trajectory,” it is “doubtful this will happen soon.”

Journalist is Returned to Prison

Hengameh Shahidi, a political prisoner who was released on furlough because of the coronavirus crisis, has been imprisoned again. Iran had furloughed roughly 100,000 prisoners due to the outbreak, including some but not all political prisoners.

Shahidi is a journalist who was arrested in June 2018 and charged with “propaganda against the political system.” She has been sentenced to 7.5 years in prison.

Foreign Minister Zarif discussed a U.S. aim to extend an arms embargo on Iran in a phone call with his Russian counterpart Sergei Lavrov. A UN ban barring conventional arms sales to Iran expires this upcoming October. The ban was enshrined in UN Security Council resolution 2231, which endorsed the Iran nuclear deal.

Secretary of State Mike Pompeo has said the U.S. seeks a new UN Security Council (UNSC) resolution to extend the arms embargo indefinitely. U.S. news outlets are also reporting that should this effort fail, the U.S. will push for a “snapback” of UN sanctions in accordance to UNSC resolution 2231, arguing that it is still a “participant” in the accord.

In their phone call, Zarif and Lavrov agreed that a U.S. effort to renew the arms embargo was “delusional” and “infeasible.”  As a UNSC permanent member, Russia can veto any new U.S.-backed resolution to extend the arms embargo. Russia has previously said it seeks to sell Iran conventional arms after the embargo expires in October.

Iran’s Ambassador to the UN Majid Takht-Ravanchi has said that any effort to renew the arms embargo would be “against” UNSC resolution. 2231. Ravanchi called on the U.S. to abide by its commitments under the JCPOA.

President Rouhani had a call this week with the president of South Africa, currently a rotating member of the UNSC. Rouhani criticized the U.S.’s “unilateral” actions and “illegal” sanctions. According to Iranian press reports, the South African president said he will “support” Iran.

The General Staff of the Iran’s Armed Forces has released a rare statement warning the U.S. not to “increase tension” in the Persian Gulf. The General Staff is the top military body in Iran and presides over the regular military and the IRGC.

The statement blasted the U.S. military presence in the Persian as being a source of “instability.” It said that the last Iranian year 1398 (March 2019-March 2020) was the “height of evil and insecurity-causing actions by America in the region.”

The statement said that the creation of a U.S.-led military coalition to patrol the Persian Gulf would be “dangerous” and “disruptive to peace and stability.” Since last summer, the Trump administration has tried to convince allies to create such a force but has received no significant commitments from other countries.

The statement added that Iran’s Armed Forces view the presence of the U.S. and its allies in the Persian Gulf as “illegitimate.” It said that the U.S. force must “strictly refrain” from “adventurism, actions that are contrary to safe maritime operations, and false narratives.”

It also read: “Extra-regional fraudulent coalitions led by America not only do not help stability and security in the region but break apart regional order.”

The statement added that the “only option” for stability in the Persian Gulf was the “exit” of U.S. military forces.

The statement then “strongly warned” the U.S. to “refrain” from violating Iran’s territorial waters and airspace. The statement ended by saying that Iran has on multiple occasions said it will not start any conflict in the region, but that is “prepared” to defend its “territorial integrity.” It added Iran would “decisively respond” to any “adventurism or provocative action” and that the “consequences” of this would be felt by “hostile forces such as America.”

A report by the Iranian outlet Noor News analyzed the “reasons” for the Armed Forces’ statement. It claimed that U.S. actions in the Persian Gulf since early April, and “especially” after Iran successfully launched a military satellite into orbit last week, had “undergone concerning” changes.

It said the U.S. had recently conducted a “provocative” military training exercise in the Persian Gulf. It highlighted a “recent exercise with land-water vessels and 800 soldiers and U.S. navy sailors with the aim of experiencing a land and sea military operation in a real-world environment.”

The Noor News report stated the statement by Iran’s Armed Forces was in response to these recent developments.

Amir Ali Hajizadeh, the commander of the IRGC’s Aerospace Force, gave a wide-ranging interview to Iranian state television. He discussed the IRGC’s recent successful launch of a military satellite into space, the missile attack on the Ain al-Asad base in January, and other topics.

Notably, Hajizadeh did not discuss the downing of the Ukrainian airliner in January, which parts of the government attempted to cover up for three days. In admitting the IRGC mistakenly shot down the passenger aircraft, killing all 176 onboard, Hajizdeh said in January that he wished he were “dead.”

In the interview this week, Hajizadeh said that Iran was prepared to attack “400 targets” in the region after attacking Ain al-Asad with missiles. Iran launched the missiles at the base hosting U.S. troops in Iraq in January in response to the U.S. assassination of IRGC Gen. Qassem Soleimani.

Hajizadeh said that the IRGC’s perception was that the U.S. would immediately respond to Iran’s missile attack and attack targets inside Iran. He said the IRGC was ready to retaliate by attacking 400 U.S. targets in the region in this case.

Regarding the launch of the “Noor” satellite, Hajizadeh said that Iran was now among the “top countries” in the world in the field of “missile technology and drones.”

Alireza Tangsiri, the commander of the IRGC’s naval force, has said that the “infrastructure” will be prepared for people to live on some Persian Gulf islands. Tangsiri said this will be done based on instruction from Ayatollah Khamenei.

Tangsiri did not identify which islands these would be. He did say that the IRGC has built airports in the Greater and Lesser Tunb islands, which the UAE disputes control of.