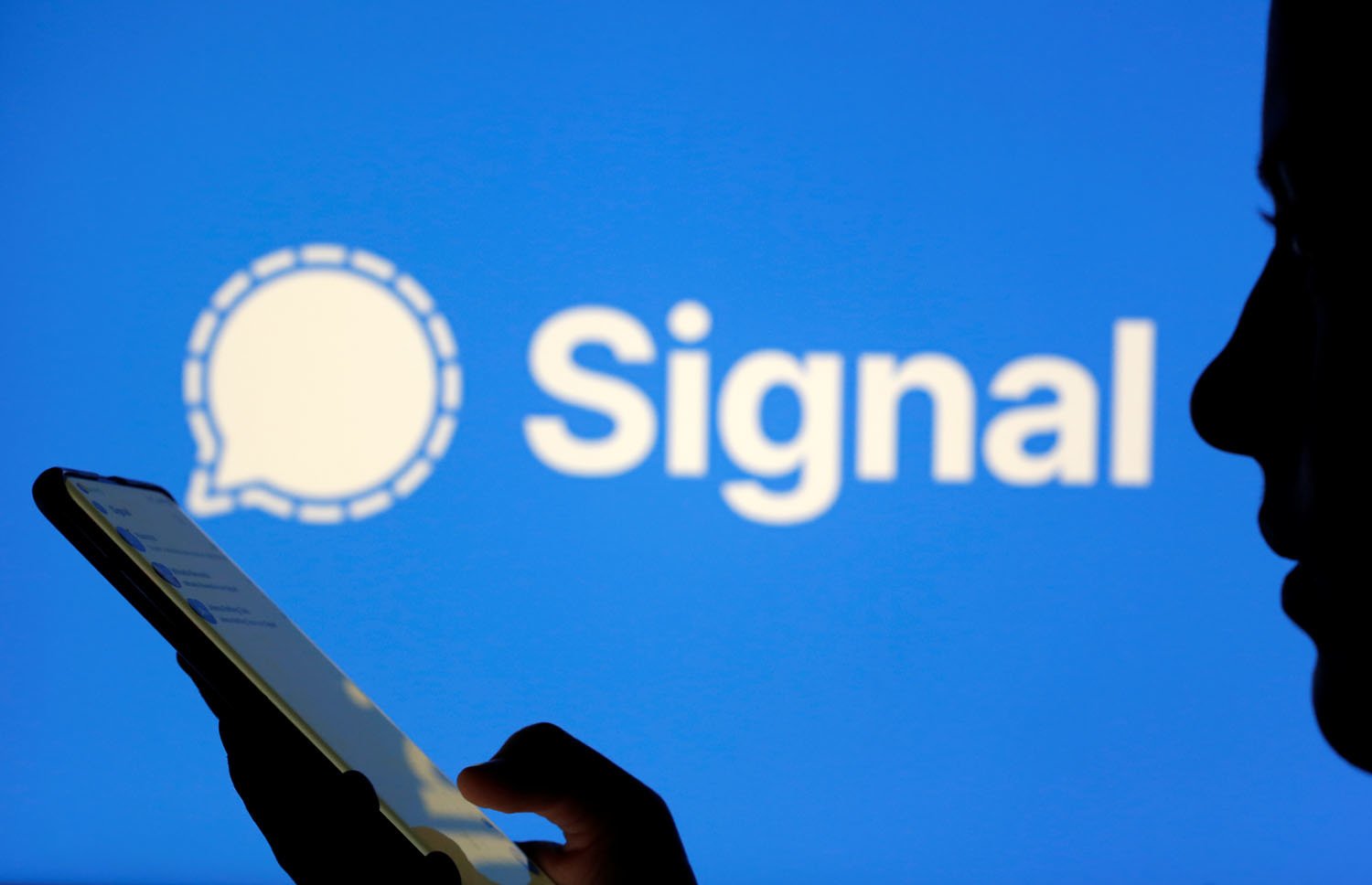 Officials Call for the U.S. to Make the First Move on a JCPOA Return

Iranian officials responded to comments by newly-confirmed U.S. Secretary of State Tony Blinken. Blinken said about a JCPOA return in a press conference this week: “Iran is out of compliance on a number of fronts. And it would take some time, should it make the decision to do so, for it to come back into compliance and time for us then to assess whether it was meeting its obligations.”

After Blinken’s comments, Iran’s UN Ambassador Majid Takht-Ravanchi said the U.S. “must act quickly” to return to the JCPOA. Takht-Ravanchi said the “window is closing” for the U.S. to lift sanctions before Iran further reduces compliance with the JCPOA in accordance with a parliamentary law. He stated: “We have said time and again that if the U.S. decides to go back to its international commitments and lift all the illegal sanctions against Iran, we will go back to the full implementation of JCPOA, which will benefit all sides.”

Kazem Gharibabadi, Iran’s ambassador to international organizations, said that “cooperation and good faith is a two-way street.” He stated: “The new parliamentary law creates another opportunity to preserve Iran’s totally unprecedented and eye-popping level of cooperation with the IAEA through lifting sanctions.” Iran is due to cease compliance with the additional protocol to its IAEA safeguards agreement between February 21 and 23rd, according to Foreign Minister Zarif, which will reduce IAEA access to its nuclear program to the level permitted by the nuclear non-proliferation treaty (NPT).

Conservative parliamentary speaker Mohammad Bagher Ghalibaf visited the Fordow enrichment facility and also talked about a JCPOA return. Ghalibaf said that all of Iran’s actions in reducing compliance with the JCPOA are “within the JCPOA’s framework.” He cited a clause in the JCPOA that affirms that if one party ceases its obligations, the other party is permitted to concomitantly reduce its compliance.

Ghalibaf said that Iran has “no responsibilities under the JCPOA” until the U.S. returns to the deal. He stated: “Whenever they abide by their commitments, meaning that all sanctions and problems with banking and oil and trade are lifted, Iran will also abide by its commitments.”

Ghalibaf also said that in the past one month since Iran has restarted 20-percent uranium enrichment, it has produced 17 kilograms of 20-percent enriched uranium.

Reactions to Rob Malley as the Biden Administration’s Iran Envoy

The reformist Fararu outlet analyzed the implications of Rob Malley as the Biden administration’s Iran envoy. Fararu said that “according to specialists,” Malley’s appointment could be a “message of America’s readiness to return to the JCPOA.”

Hesamoddin Ashena, a senior advisor to President Rouhani, said Malley’s appointment would be a “signal for speedy and effective conflict resolution” between the U.S. and Iran.

Fararu wrote that Malley is open to dialogue with U.S. adversaries, like Iran and Syria. It said his appointment could also reflect that the Biden administration is “determined to change American policy towards the Middle East.”

Mahdi Motaharnia, an international affairs specialist, said to Fararu about Malley: “Malley’s appointment must be analyzed alongside Biden’s choice for Tony Blinken as secretary of state, Bill Burns as CIA director, Wendy Sherman as deputy secretary of state, and Jake Sullivan as national security advisor.”

Motaharnia said Malley’s appointment and Biden’s overall national security team can have positive and negative ramifications for Iran. He said Biden’s national security appointees all have “great experience” with respect to Iran and had a direct role in negotiating the JCPOA. He added that they are “familiar with the Iranian nuclear case and this could facilitate new negotiations and a deal.”

However, Motaharnia said the potential downside for Iran is that if it cannot reach a deal with Biden’s team, “the situation will get very difficult.” He stated: “[in this case] the level of friction and tensions between the two countries will increase and this issue will put Iran in a difficult position.”

Zarif Talks about his Role as Foreign Minister & Relations with the U.S.

In a far-reaching interview with journalist Sara Masoumi of the Entekhab newspaper, Foreign Minister Zarif talked about his role as foreign minister and relations with the U.S., among other topics. Zarif said in the interview: “When I am facing the world, I am the representative of all of Iran’s government and as such I have to defend things that I myself do not believe in and am critical of.”

Zarif said some policies executed by other institutions in Iran may have been done to “sabotage” his agenda. Zarif said that he nonetheless defended these policies internationally.

Zarif also talked about his efforts to improve Iran’s relationship with Saudi Arabia. He said shortly after he became foreign minister in 2013, he sent a letter to then-Saudi Foreign Minister Saud al-Faisal which Qassem Soleimani, the former head of the IRGC’s Qods Force, helped write.

According to Zarif, the letter was a proposal to “end differences” with Saudi Arabia over Lebanon, Syria, Iraq, and Yemen. However, Zarif says al-Faisal’s response was that “the Arab world has nothing to do with you,” which sapped Zarif’s “hope” in improving the Iran-Saudi relationship.

Zarif also said tensions with the U.S. have had a “great cost” for Iran. He said the “endstate” for U.S.-Iran negotiations and what a constructive relationship between the two countries could look like must be made clear upfront. He said this endstate could be: “We can tell the Americans that on the Israel issue we will not cooperate and we will have differences with you, we will not cooperate with your hegemonic aspirations, we will not let you interfere in Iran’s domestic matters, but we have no problem cooperating with you on oil, providing for the Persian Gulf’s security, and Afghanistan’s democracy.”

Signal App banned as IT Minister Summoned to Court

A major scandal occurred in Iranian politics after the Rouhani administration’s telecommunications minister, Mohammad-Javad Azari Jahromi, was summoned to a court for questioning. Iranian outlets reported that Jahromi was summoned to court for “refusing to implement the judiciary’s orders to filter Instagram.”

Access to many websites and applications is blocked by the Iranian government. Iranians are forced to use VPNs to circumvent these government filters. Instagram and Whatsapp are some of the few Western social media platforms not filtered by the government.

Jahromi was released the same day he went to court. Afterwards, both President Rouhani and his spokesperson Ali Rabiee defended Jahromi and their internet policies.

Meanwhile, Rabiee said any attempt to filter Instagram would put “one million Iranians in the direction of unemployment and poverty.” He said Jahromi’s arrest and efforts to filter Instagram came down to fundamental differences in Iranian politics on “approaches to governance.”

However, on the same day of Rabiee’s remarks, the texting app Signal was filtered. Many Iranians in recent weeks flocked to Signals after Whatsapp updated its terms to share more information with Facebook.

The judiciary’s spokesperson said after the Signal ban that since 2019: “the judiciary has not blocked any media, news outlet or messaging service and is not after blocking cyber space and any social messaging services.” However, the app was reportedly banned by a filtering committee headed by Iran’s Attorney General, who is appointed by the head of the judiciary.

Notably, during the Rouhani administration, the government unprecedently shut down access to the global internet in 2019. In November 2019, after a gas-price hike triggered widespread protests, the government severed access to the global internet for 10 days while it engaged in a brutal crackdown. According to Amnesty International, there was at least 304 deaths during the protests.

Rouhani has praised his administration’s advancement of a project for a “national internet.” Many Iranians worry that the government has created the infrastructure necessary to eventually close Iran’s access to the global internet permanently.

Zangeneh said about the Trump administration: “They have died and gone in the trash bin of history. Trump and Pompeo and their criminality. But we are here and alive. We are far more powerful and have more capabilities than in the past in terms of gaining access to markets, transferring and receiving money.”

Elias Naderan, a member of parliament, recently said that Iran is currently exporting 900,000 barrels of oil daily. Before the reimposition of U.S. sanctions under Trump, this was around 2.5 million barrels per day.