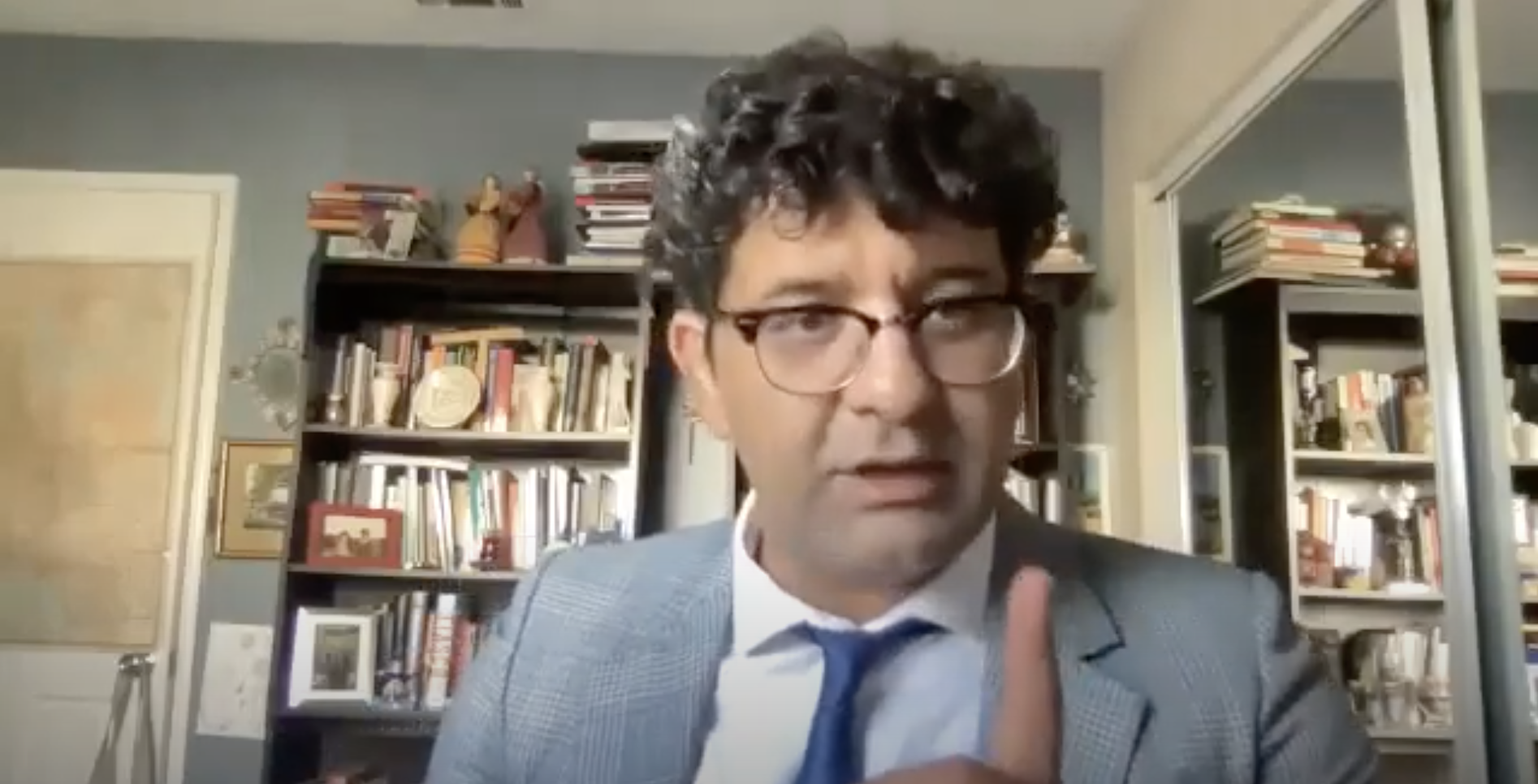 Iran After the Rouhani Presidency: Debriefing the June 18th Election

“The way the election in this very short campaign season was designed was to avoid any real competition to begin with for Ebrahim Raisi,” said Negar Mortazavi, host of the Iran Podcast. Mortazavi was speaking in the aftermath of Raisi’s recent presidential election win at NIAC’s panel discussion “Iran After the Rouhani Presidency: Debriefing the June 18th Election,” which examined the election’s implications on Iran’s future. Joining moderator Sanam Shantyaei of France24 were Mortazavi, NIAC’s own Sina Toossi, Bijan Khajehpour of Eurasian Nexus Partners, and Shervin Malekzadeh of Colgate University.

The election had the lowest turnout for a Presidential election in the history of the Islamic Republic, with invalid votes outpacing the second-place finisher. As Khajehpour noted, “not voting is also one way of political engagement” for Iranians to send a message to the establishment regarding their disapproval.

Malekzadeh disputed the notion that the election signals the end of the reform movement in Iran, stating “What became the reformists were sent out to the wilderness in the early 90’s, and they came back in a big way in ’97.” Since that time, Iran’s electoral participation has traditionally been near 70% in major Presidential elections. Malekzadeh noted that it took anti-reformist forces twelve years for them to figure out how to prevent candidates who can catch on fire—like Mir-Hossein Mousavi and Rouhani—from running. Overall, however, “memory and experience will remain in the possession of the voting public and this is going to create a kind of difficult situation for ruling authorities,” as Malekzadeh said. The extent to which this year’s election was engineered may not necessarily represent an end to competitive elections as a whole, but rather may have been designed to ensure that Raisi would become “a kind of stabilizing force” as Iran prepares for significant transitions.

What implications does Raisi’s presidential election have for Iran on a broader level? With Raisi’s administration, Mortazavi observed that we should expect to see “more of a securitization of the state.” However, exactly how this will play out could depend on the kind of cabinet Raisi chooses to lead his administration. Given the election’s illegitimacy in the eyes of much of the Iranian public, Khajehpour argued that he expects “attempts to increase legitimacy” from the regime through political, economic, and cultural means.

Toossi added that Raisi “doesn’t have managerial, executive experience…  and he has a host of human rights abuses.” This lack of experience could mean that Raisi will be dependent on the team he forms and who he surrounds himself with. Mortazavi explained how there is “a very powerful camp close to the core of the IRGC…. that have been trying to groom Raisi basically as the successor to Khamenei.”

Despite President Biden’s verbal commitment to rejoining the JCPOA, the administration has done little to lift Trump-era sanctions on Iran amid ongoing nuclear negotiations, Toossi noted. Following the election, “the JCPOA may end up being the ceiling for US-Iran diplomacy under the Raisi presidency.” The effects of continued sanctions are readily apparent in the country: “the Iranian middle class has shrunk and the Iranian civil society has been severely weakened.” In emphasizing the need for change, Toossi stated, “America cannot double down on a failed policy and maximum pressure failed in every way.” The policies “resulted in Iran’s nuclear program expanding, the region becoming more unstable, [and] took the US and Iran to the brink of war.” These dynamics ultimately contributed to the defeat of moderate candidates in the recent election.

While Raisi’s legacy remains to be seen, the panelists’ comments made it clear that Iran is currently at a crossroads in many ways. It faces severe disaffection and outrage over the election, a severe economic crisis, and the ongoing COVID-19 pandemic. How and whether the U.S. engages with the new administration will have profound implications for the people of Iran and hopes for domestic reform and international moderation. As Khajehpour stated in his closing remarks, “the Islamic Republic will not remain a static phenomenon, this fluidity will continue.”