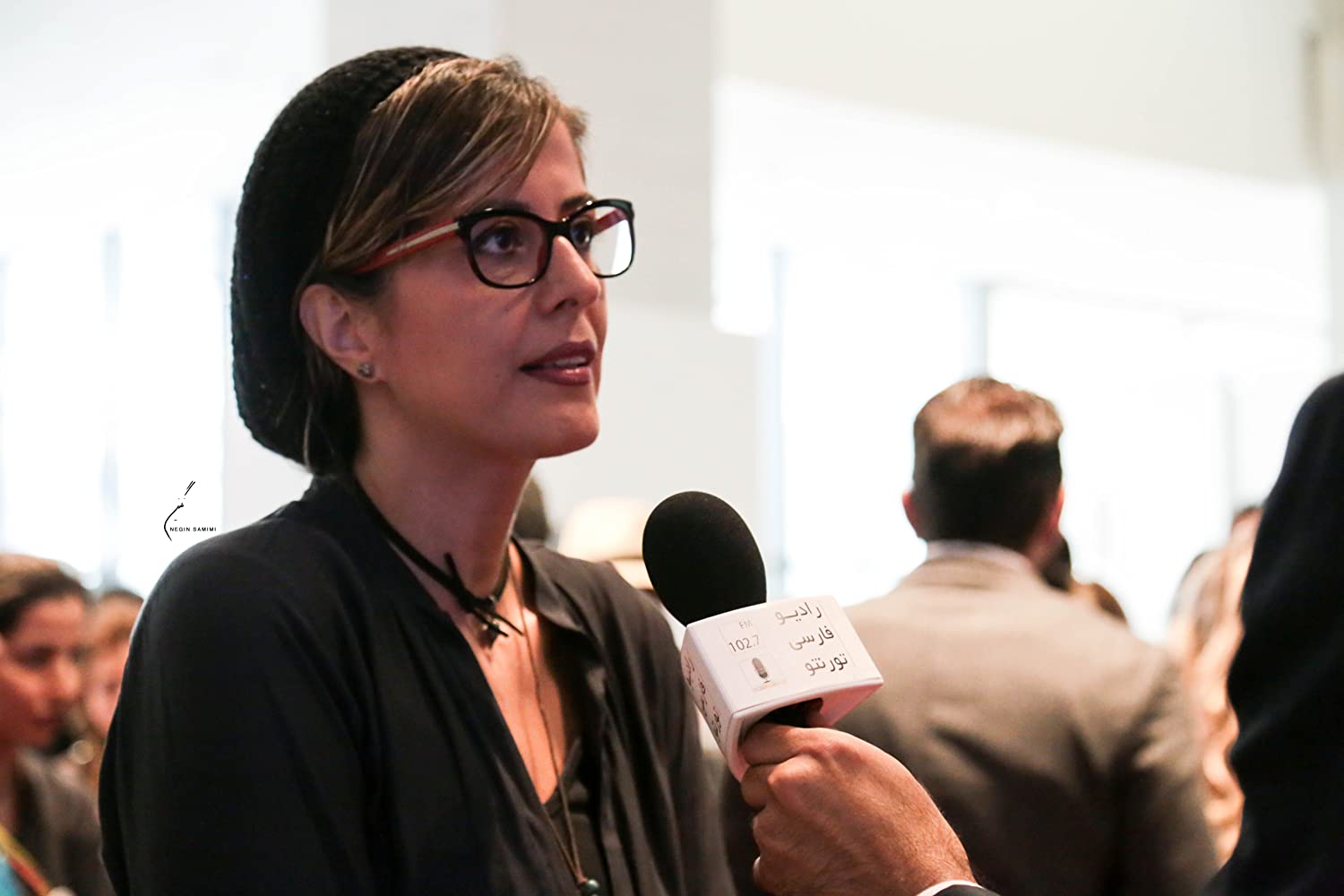 An Iranian-American immigrant, Soudabeh Moradian spent most of her life in Iran where she went to school to study cinema at the University of Tehran. She immigrated to the United States in 2009, bringing with her years of experience working on films. As one of the most distinguished cinemas in the world, Moradian’s training and knowledge from Iran prepared her for a career in the United States.

Her films, whether documentary or fiction, often center on social issues such as war, inequality, and women’s rights. Of course, such subjects and themes are significant in contemporary Iranian society and prevalent in its art and films. In the U.S., Moradian has continued her already extensive body of work as a filmmaker with acclaimed films such as 2016’s Polaris, which gathered awards and screened at festivals across America, and in Canada and Europe. She also shares her passion for cinema with her students as a professor of film.

Moradian’s subject matters make clear that her desire for story telling was stirred by the hope to evoke change, as she explains her own inspiration to become a filmmaker:

“It goes back a long time ago because I went to film school in 1991, I was always interested in film and cinema, and I wanted to become a filmmaker so that I could be a voice for my generation. I went to film school in Iran at Tehran University School of Art and Theatre and started filmmaking in 1996. In those days we wanted to change the world through our films, which was a crazy idea and we were so young. After that I started making documentaries and the documentaries became my central focus point after that. I was interested in the psychological impacts of war and that was my main subject, that and women and social issues, and all human inequalities. The psychological impacts of war and those social issues were the main topics of my films and I started from there.”

These motifs are present in her film, Polaris, which follows the story of a half Iranian-half German war photographer suffering from PTSD. Moreover, Moradian made sure to tell a woman’s story with women behind and in front of the camera, showing that her works are not just stories meant for entertainment, but embody an outlook of activism and humanity that draws her to social issues:

“The documentary series I started with I focused on women who lived in an Iranian village around the country so I made those documentaries to show the hardship and the life and inequality between women and men and I wanted to speak about women’s rights. Actually, before that documentary, I focused on the psychological impacts of war which is called ‘Mahin’ it was about a girl who was affected in the Iran-Iraq war, it was interesting for me that there are some impacts of war that nobody is aware of.”

While Moradian recalls the restrictions on her work in Iran, especially because of its political nature, it also becomes evident that she was never shy about pushing the arbitrary boundaries set by authorities:

“I was commissioned by Iranian television to make a TV series about women in Iran and I was commissioned because they wanted a female director. I went around Iran to make the series about the hardship women face. They wanted to show the life and success of these women, but what I showed was their hardship, polygamy, and what they went through. Then when they showed it on TV, in the middle of broadcasting, I think it was the second time they were showing it, the series was stopped. I heard that it was a very serious order for it to have stopped showing because one of the episodes was about polygamy, so they stopped showing it.”

But her activism and concerns over war did not stop in Iran, instead, Moradian looked at the U.S. led wars in Afghanistan and Iraq as well through her films:

“In 2001, after 9/11, I decided to continue to speak about war so I went to Afghanistan and I made a documentary about war when the U.S. attacked Afghanistan. I went there to make a documentary about the psychological impacts of war on women and children… I worked with an American filmmaker to make a television series about American soldiers in Iraq as well, to show another aspect of war in Iraq. On one side I was focused on the psychological impacts of war in general and on the other side women and social issues in Iran.”

For Moradian, Polaris was the culmination of her work and years of experience documenting women’s struggles and war:

“I am a woman and I was feeling responsible for telling all of those stories. I tried to reflect on all of those stories I had seen and, in my script as well, I combined those experiences for the narrative of Polaris, which I was able to make when I immigrated to the United States.”