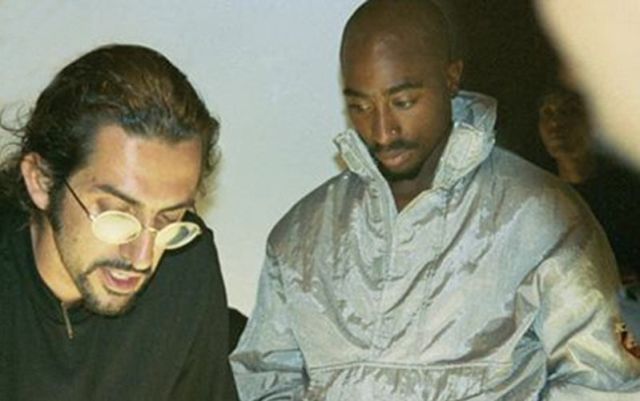 Iranian-American director, Gobi Rahimi, immigrated to the United States at a particularly difficult time to be of Iranian heritage in America. Moving to the States shortly after Iranian students seized the U.S. embassy in Tehran in 1979, Rahimi was exposed quickly to the challenges of a hyphenated identity often marked by hostility.

Yet in many ways, Rahimi embodies the American Dream: an immigrant story with trying times and adversity, but with the determination to follow his dreams, Rahimi found his way to art and directing, and worked with some incredible people along the way. Perhaps best known for his work with rapper Tupac Shakur, Rahimi’s path to the world of directing is a story itself:

“I was selling real estate for Century 21 in Irvine, California with a yellow jacket and a name tag knocking on 100 doors a day. I fell in love with an Iranian filmmaker, she was actually one of David Lynch’s ex-girlfriends. She would write film scripts thinking one day David is going to fund one of her movies, and I was like, ‘sweetheart I don’t think it’s ever going to work that way. Let’s do something, let’s create something.’ We knew a group that were also friends of our, I made a music video for them and I have to say for the first time in my life, I fell in love with a profession. I never thought that the arts could be a profession or a career choice so at that point I thought, ‘this is it, I found my passion’… A little while later I met Tracy Robinson, moved to LA and started off as a PA on Rap videos and produced about 80 videos with her, we worked with Erykah Badu, Queen Latifa, Snoop, Dre, Ice Cube, and others. And I sort of fell into it, I fell into my passion and I never looked back.”

For Rahimi, his work in the rap music industry was formative to his art, he especially recalls his interactions with Tupac with a special fondness,

“His impact is 23 years on and it is still being felt. What I learned from him is that you can achieve anything if you set your goals on it and he was proof of that because he would visualize something and speak on it and make it happen. It was good to be in his presence, I felt like there was some sort of destiny to it. It could have been anyone that was there for the last year of his life and it happened to be me.”

But, like many Iranian-American artists, Rahimi senses the impact of his Iranian identity and heritage in his work as well,

“I think that being Iranian has a certain depth to it anyway, but being a displaced Iranian or being a part of the diaspora that is outside of the country, brings a deeper layer because you are sort of in no man’s land, looking to identify with a new culture or a new country… The two times that I went back to Iran in the last 10 years, when I came back I felt more Iranian. The scents, smells, textures, the grumpiness or irritability of Iranians, what they are going through in Tehran, the authenticity of that really affected me. Any culture, when there is adversity, adversity creates the best art, and I hope that eventually when I am able to make some films I can translate the depth of that or the truth of that in whatever project I decide to make.”

After all these years living in the United States, Rahimi still sees the caricatured ways in which Iran and Iranian people are viewed. If he had the opportunity to work in Iran, addressing the fallacies and bridging the divide of his hyphenated identity would be his subject of choice, “I would love to do a tour and documentary on Iran’s most beautiful and unseen spots. I think that would do many things. It would demystify and paint a more accurate picture of our country because many people think that it’s a big desert and that everyone rides camels over there. I think there is a lot of inaccuracies that need to be dispelled.”

When Rahimi describes what he loves most about Iran, it becomes clear that what draws him to his community and identity is a deep affection for people,

“I love the geography, the diversity of the cities, the warmth of our people, I think that we have some of the most big-hearted people on the planet and I take pride in that. I think that a lot of the ones that have not been back to Iran in over 40 years and have assimilated a little too much have maybe forgotten their roots. I guess that’s not my responsibility and people have to live their own lives, but I love the country and I love the people.”