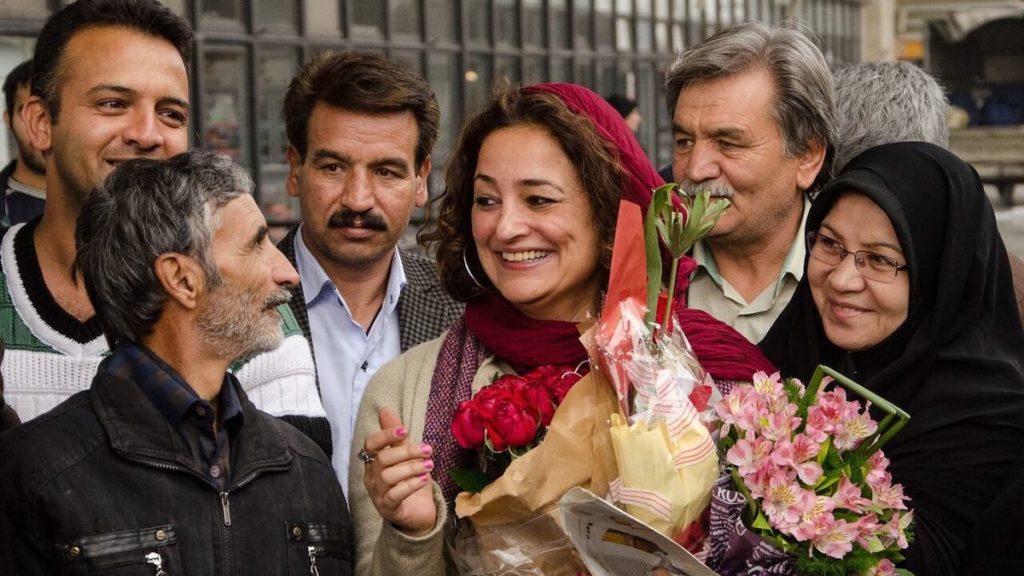 Sitting in a small theater in Southern California, I watched the Iranian documentary film, Finding Farideh, amongst a theater full of fellow Iranian Americans. The film was shown as part of the University of California, Irvine’s ‘Docunight’, which invites people to see and understand Iran through documentary films. It may be ironic that in the United States we find a group of Iranians watching such films to familiarize themselves with a part of their own identity. But in fact, it is perfectly fitting for a diaspora, disconnected from its country of origin and heritage, to partake in this sort of exploration.

A mix of nostalgia, some simulated and some real, with self-reflection filled the auditorium as an audience of Iranian Americans watched a story in some ways akin to their own. In the documentary, young Iranian filmmakers, Azadeh Moussavi and Kourosh Ataee, tell the story of Farideh, a 40-year old woman that was abandoned as a baby in Mashhad, Iran, at the holy shrine of Imam Reza. After being found and taken to an orphanage, Farideh was adopted by a Dutch couple and subsequently raised in the Netherlands. The film follows Farideh on her journey back to Iran, as an adult searching for her biological family and fulfilling a lifelong dream to travel to Iran in a sort of homecoming for someone who has no actual memories of the place.

For Farideh, growing up in the Netherlands posed its own challenges, she recalls feeling out of place and different from the other girls at school, an impression that was exacerbated when she was bullied. Despite loving her family, Farideh bemoans the sense of loneliness she felt growing up, and the feeling that she was never a good daughter, which added to her sense of guilt for wanting to find her biological family. Eventually, with the support of her family, Farideh sets out to find her biological family. When three different families respond to her story, Farideh sets off to Iran to meet them in Mashhad and reveal her family through a DNA test.

Farideh’s mix of fear and longing is common among diaspora Iranians who wish to visit Iran, but are often worried because of the images and depictions of the country from the outside. In Farideh’s case, her adoptive parents thought of Iran as dangerous, but as she arrives in Iran and begins to explore the country and get to know the families that claim her as their daughter, she feels nothing but love and belonging, “I am being touched, kissed and embraced by all these families, in my heart I am home.”

The crux of Farideh’s journey is not in finding her family, but in finding herself. Part of that self comes from a sense of belonging to a family, to a country, and to a culture and heritage. Though she grew up in Holland with a Dutch family, the hyphen in Farideh’s identity could not be ignored. As Marcus Garvey once said, “A people without knowledge of their past history, origin and culture is like a tree without roots.”

As I’m sure many in the Iranian diaspora can relate to, for Farideh, those roots were in Iran. After visiting, she stated, “I feel that I have awakened a part of my heart.” Iranian Americans flock to cultural and community events like the screening of an Iranian documentary to keep awake that part of their heart and satiate the need for connection that we all crave. For immigrants and diasporas, the notion of ‘home’ can be ambiguous, but our sense of belonging can always be found in community.