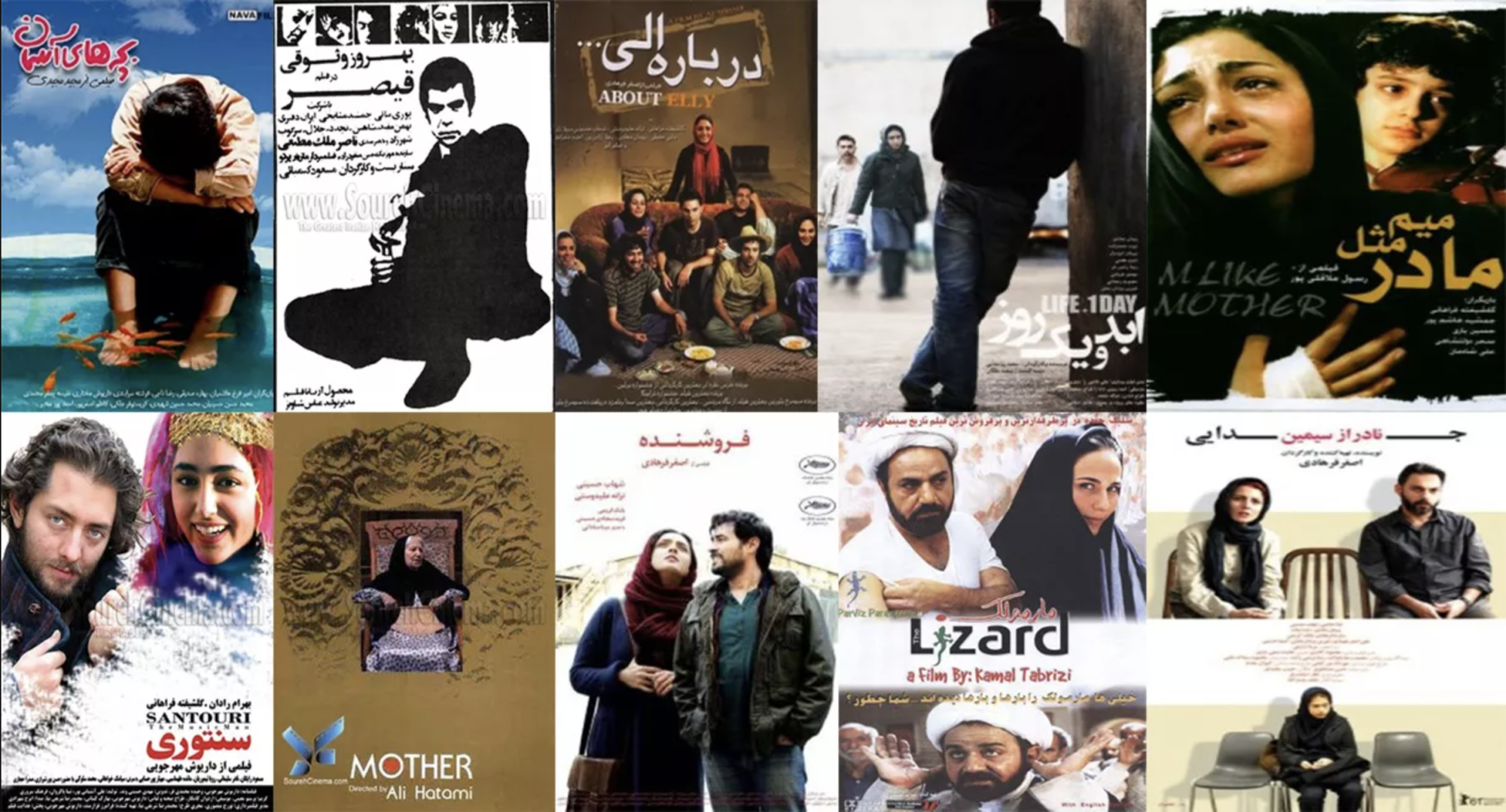 Films are a universal medium, a way to communicate across groups, barriers, and borders. They are simultaneously an expression of an individual person and a collective group. Though set in different places and spoken in different languages, films have the power to captivate and connect people in moving ways. Despite the Iranian government’s restrictions and censorship on art, Iranian cinema has played a significant role in elucidating Iranian culture and contemporary life to audiences worldwide.

One renowned Iranian filmmaker, Asghar Farhadi, has spoken about the issue of censorship in Iran using an apt metaphor: “when you put a rock in front of a body of water, the water goes a different way…my point is not to endorse the problem of these limitations, but the issues of censorship make you discover a new language.” Farhadi quips that Iranian officials believe the creativity of Iranian filmmakers is owed to censorship, but also raises an important point that “in the short-term, these problems can result in creativity, but in the long-term creativity is destroyed.”

In line with a cultural disposition for the arts, and with a flourishing native cinema, Iranian Americans both celebrate the films of their heritage and continue their artistic traditions as filmmakers themselves. While their Iranian counterparts must face the challenges of censorship and limitations, Iranian-American filmmakers have the rightful freedom to express themselves. And yet, as immigrants or children of immigrants, their stories are often intertwined with their identities.

Over the course of December, NIAC will be highlighting some of the inspiration, identity, and art of our community’s brilliant filmmakers, who have made their mark by sharing stories that resonate across cultures and hyphens. Visit the links below to read our first profile and a special feature that examines Iran’s decision to select “Finding Farideh” for the Oscars’ 2019 International Feature Film Category. Check back every week this month for more in our #IAFilmmakers Series.