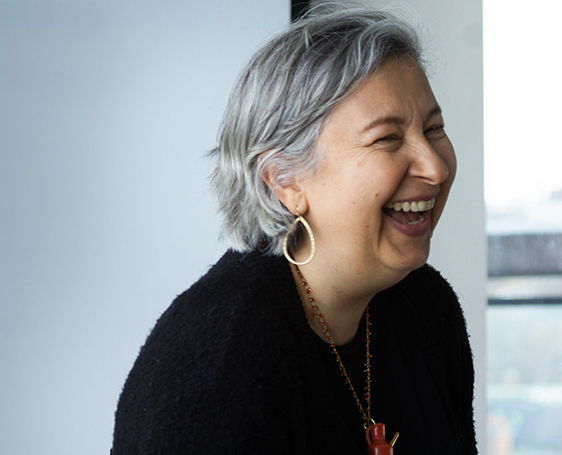 The Iranian-American experience is hard to define, particularly for those of us who moved to the U.S. at a young age or were born to first-generation parents.

I grew up marking “white” on the demographic section of our standardized exams, but grew up knowing that when the substitute teacher took a long pause while taking roll, then she was about to make a culturally sensitive attempt at saying my five-syllable, four-voweled last name.

My classmates wondered about the weird fried, brown thing our mothers lovingly tucked into lavash and garnished with pickles. (It was kotlet for what it’s worth.) And my parents nagged me as to why we always went to our friends’ houses and never had them over to ours. I could only ever offer an awkward teenage shrug as I struggled to avoid the real reasons: the snacks were weird to my friends, the Persian rugs were loud, and I never felt so disoriented as when I dropped an American friend in the middle of all of it.

But of course my experience is hardly singular, and only when I connected with other Iranian Americans did I begin to appreciate my experience and my culture. And it was only when I picked up Firoozeh Dumas’ Funny in Farsi in 2003, at the age of 16, that I adopted a willingness to navigate my sometimes confused identity.

Funny in Farsi chronicles Firoozeh’s own immigrant experience, beginning at the age of seven when her family moved from Iran to Southern California. Harnessing the power of humor, Firoozeh delves into her experience, and that of her family, in navigating American culture.

The book made waves. It made the New York Times, Los Angeles Times, and San Francisco Chronicle bestseller lists — and in 2005, the book was translated into Farsi, making it a best-seller in Iran as well.

But more than the accolades, Firoozeh won many of us by piecing together for us a rich tapestry hemmed by her own experiences navigating identity. So when given the opportunity to speak with Firoozeh, I jumped at the chance. And when two minutes into our phone conversation, she wistfully said “I wish you could be in front of me and we could be discussing this over a cup of tea,” I was won over again.

I asked her upfront the most obvious question: how has her identity as an Iranian American (or a “hyphenated person,” as she termed) influenced her and her writing?

“Obviously being Iranian is an enormous influence in my life,” Firoozeh shared. “It’s inescapable… And I think the biggest struggle that I have faced as an Iranian-American woman is the idea of doing what makes me happy in life versus what I should be doing for my family and my culture. As I’ve gotten older, it’s gotten easier. The best version of me is when I’m true to myself.”

But being a creative type complicated things, she underscored. Immigrant groups, she noted, don’t always support the arts, particularly as a dedicated profession, necessitating a greater cultivation in our community’s understanding of the role art plays for all of us.

“We should allow each other to have dreams that might be outside the norm for our culture… we don’t always understand the purpose of the arts. Two of my books are used in schools. They humanize Iranians, talk about our shared humanity… [but] there’s a belief in our culture that artists shouldn’t make money because they aren’t really working…

Art reaches people in a completely different way. When a 12 year old reads a book about an Iranian family and connects with that book, that same 12 year old is going to grow up and be an adult who is not going to jump on the hatred bandwagon. Without books… what we’re left with is people finding out about each other through the evening news, and we know what a disaster that is.”

Asked about the Iranian-American community’s reception of Funny in Farsi, Firoozeh noted it varied based on generation:

“I find that millennials really get what I do. The older generation doesn’t necessarily get it, because the idea of writing a book about family that is authentic and humorous goes against what they’ve brought up to believe. For example, when Funny in Farsi first came out people would criticize me and say ‘I don’t like the way that you talk about your mother.’ And I would say ‘well, I didn’t say anything bad about my mother.’

When Americans read the book, Firoozeh shared, ‘they would say wow you really love your family and your culture.’ [It is possible to] authentically love and criticize, you can love and be frustrated.”

Firoozeh partially attributes to her father the path that she boldly took:

“When I was a little girl in Abadan, I used to wait for my father to get home. And that’s when my day would begin. My father would come home, he’d sit across from me in his business suit and say ‘emrooz chehkar kardee?’ [What did you do today?]

“But I had a very rich inner life, my brothers were much older than I was, and I was pretty much alone all day with my thoughts… And I would go on and on and tell him in grand detail, the things I did or played or noticed… The kind of details that nobody else was interested in but my father. What I learned from him is that what I think matters. My opinion matters. My observations matter. And he was the only adult in my life who did this. I think people, not just Iranians, have a hard time relating to little girls. [They’ll say] ‘oh you’re so pretty’… my dad wasn’t like that. He would ask: what are you thinking.”

“What we can benefit from is honest conversations. There’s no forum in our culture to have really honest conversations. The biggest obstacle we have in our culture is shame. We are a shame based culture that prevents people from speaking honestly. This whole idea of ‘abooro raft’… If you do the wrong thing, it’s not a learning lesson. [It’s] you bringing shame on your entire family for three generations. That’s it right there. We’re not allowed to be authentic… because who wants to bring shame to three generations of our families?”

Circling back to the now, I curiously asked her how the current state of affairs between the U.S. and Iran has impacted her — and how she is personally navigating a changing landscape and increased aggression that is complicating the experience of immigrant communities:

“How I’m dealing with this new America is to make sure everyone I know votes. I’m channeling all of my angst and frustration into making sure everyone votes. Of course it’s a struggle… I’ve always written about how kind Americans were to us… those kind of Americans absolutely exist. They’re just not on the news.

“We as Iranian Americans have a lot of allies, there are a lot of Americans who go out of their way to say how much they enjoy having Iranian friends, or how sorry they are about what we go through in America, [what with] being demonized constantly… But you have to actually talk to people. This won’t happen if you’re on living room sofa watching the news.”

Having thoroughly consumed Firoozeh’s words — both in written form and during our conversation — I finally asked here the biggest question: what’s next?

“ It Ain’t So Awful, Falafel is my latest book for middle grade and high school, although many adults are reading it. It is historical fiction that takes place in the late 70’s and early 80’s. It is starting to be used in schools (thanks to all the parents who suggest it to their teachers and principals!) and has won the California Library Association Beatty Award, the New York Historical Society Children’s Book Prize, and is currently a finalist for the California Young Reader Medal for Middle Grade.

“This last one is a big deal and I am up against two fantastic books. The result will be announced in May 2020. Please cross your fingers, burn some esfand, light a candle, do a rain dance, whatever might tip the scales.”

And make sure to check out the rest of our #IAAuthor profiles here!