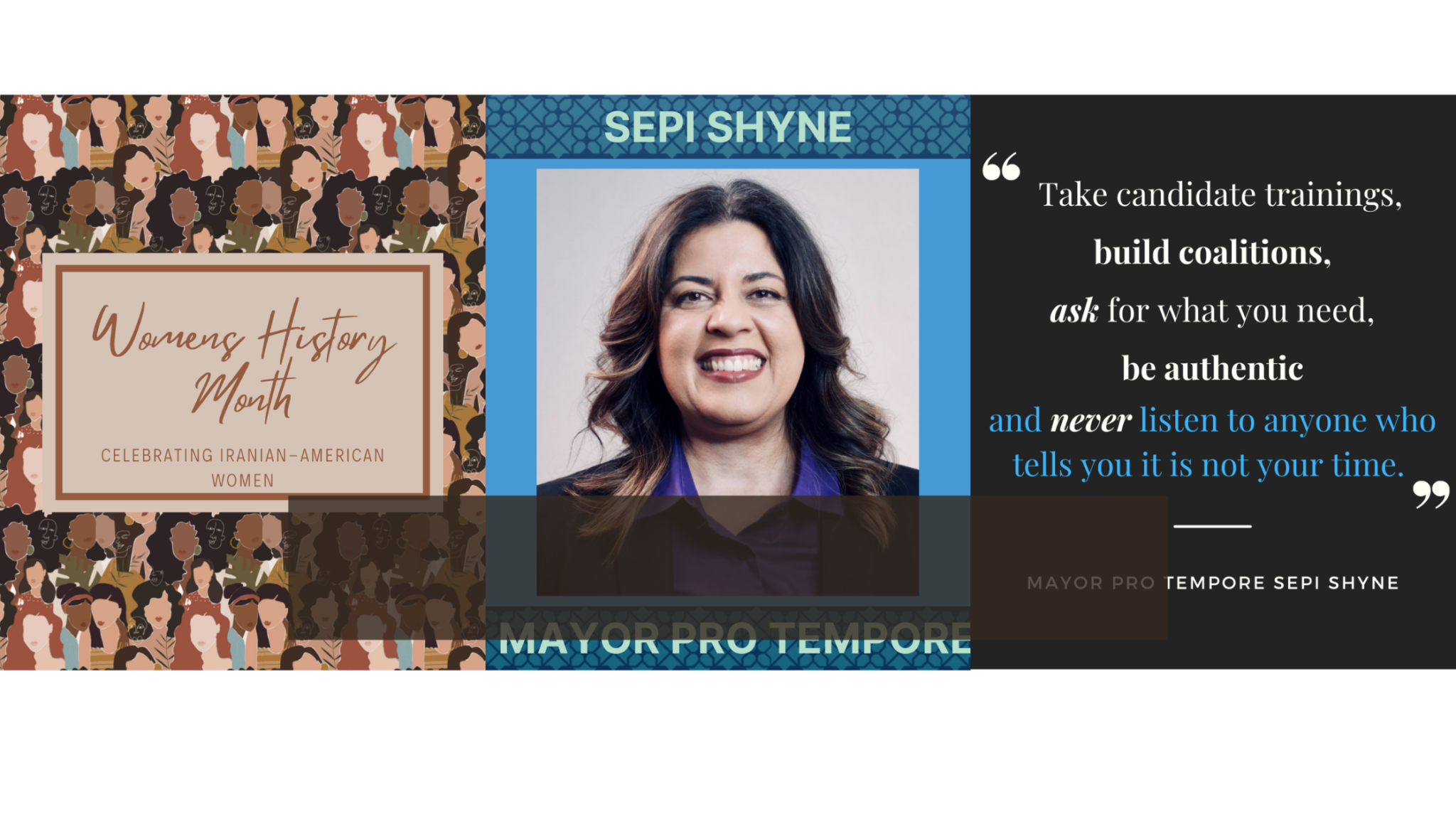 In honor of Women’s History Month, NIAC Los Angeles will be doing an email takeover once a week to highlight and uplift Iranian-American women who have made lasting contributions to their communities. We’re kicking things off today with Mayor Pro Tempore Sepi Shyne!

Last year, Mayor Pro Tempore Sepi Shyne made history when she became the first lesbian and first woman of color elected to West Hollywood’s City Council, ushering in their first female-majority City Council. And her firsts didn’t end there, as she also became the first openly queer person of Iranian heritage elected into public office anywhere in the world. She was sworn in as Mayor Pro Tempore last September.

Before her election, Mayor Pro Tempore Shyne served on the City of West Hollywood’s Lesbian and Gay Advisory Board, on the City of West Hollywood’s Business License Commission, and on the Los Angeles County Assessor’s Advisory Council on which she continues to serve. Additionally, she has led many boards and organizations, including the LGBT Bar Association of Los Angeles and as a Board of Governor and Steering Committee leader with the Human Rights Campaign Los Angeles.

Mayor Pro Tempore Shyne also serves as a Co-Organizer of WeHo Neighbors Helping Neighbors, a community group created during the pandemic to help get resources to seniors, people with disabilities, and people in immunosuppressed households.

In every board and organization she has led, she has recruited and elevated women and people of color to leadership positions to create more diversity, inclusion, and equity.

We asked Mayor Pro Tempore Shyne what inspires her, and what advice she has for women who want to pursue a similar career path:

“Being of service to others motivates me.”

What advice do you have for women who want to pursue a similar career path?

“Take candidate trainings, build coalitions, ask for what you need, be authentic and never listen to anyone who tells you it is not your time.”