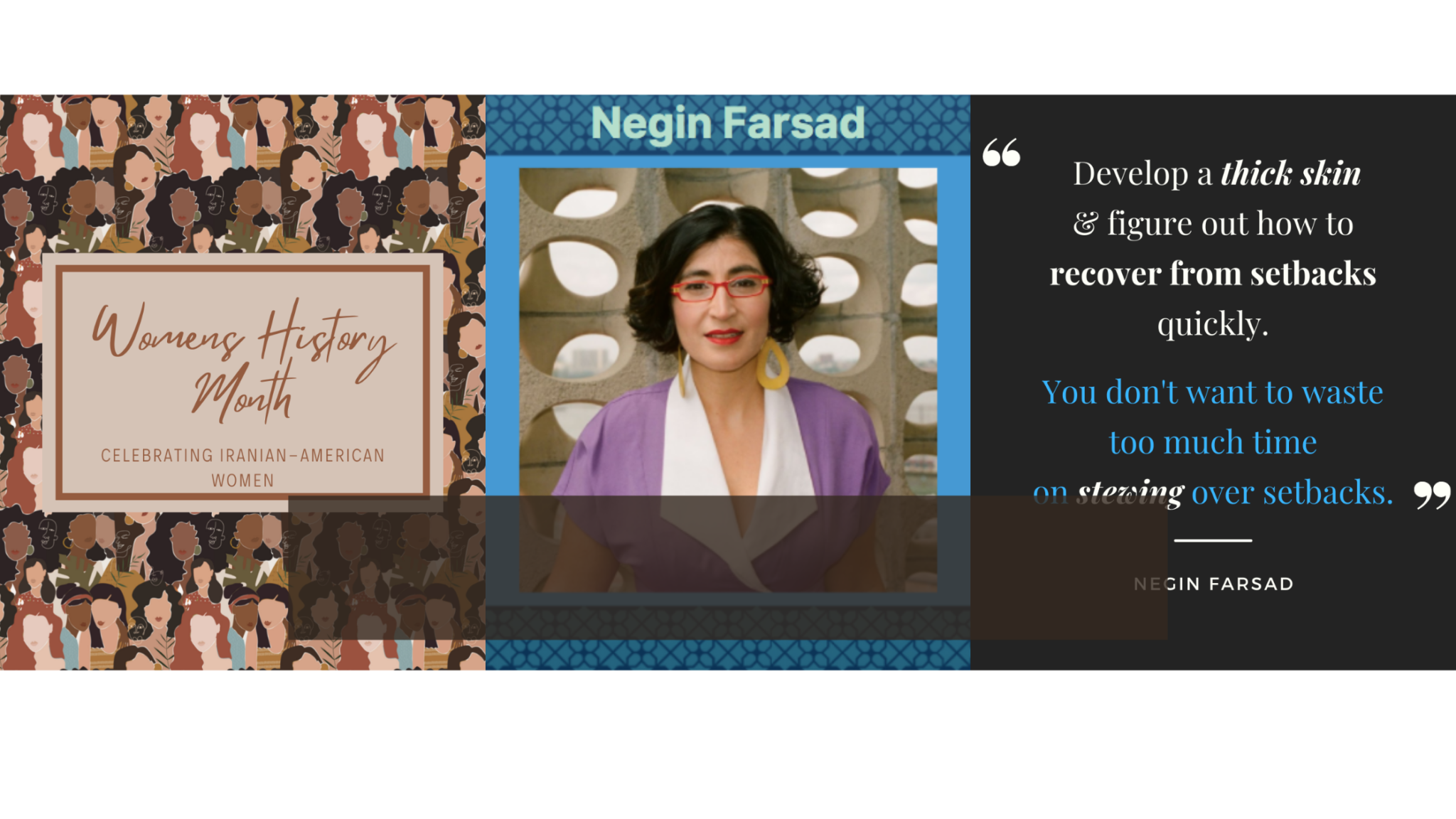 Negin Farsad is a social justice comedian, writer, actress, and director. Before she appeared on Huffington Post’s list of Favorite Female Comedians and was listed as one of the 10 Best Feminist Comedians by Paper Magazine, Negin worked as a policy advisor for the City of New York. Since then she’s written articles for The Guardian, The Daily Beast, Oprah Magazine, Indiewire and released a manifesto, How To Make White People Laugh, which was nominated for the “Thurber Prize for Humor” and recommended by Oprah Magazine. In addition to giving the TEDtalk A highly scientific taxonomy of haters, Negin was selected as a TEDFellow for her work in social justice comedy.

Negin has appeared in several TV series including Year Million, High Maintenance, The Chelsea Handler Show and has also written for and appeared on Comedy Central, MTV, PBS, IFC, and Nickelodeon. Negin directed, wrote, and starred in 3rd Street Blackout; directed and produced the feature films The Muslims Are Coming! and Nerdcore Rising; and is a regular panelist on NPR’s Wait Wait Don’t Tell Me. She also hosts the podcast Fake the Nation, where she invites her funny and politically astute friends to talk about news and culture of the day.

We were delighted to get the chance to ask Negin what inspires her, and what advice she might have for women who want to pursue a similar career path:

“I think I’m supposed to say ‘my family’ or ‘my kid’ or even ‘my dog.’ But if we’re honest, I think I’m motivated by hanging out with neighbors and chatting with audiences after shows. I like to get the temperature on how people are feeling, politically and socially, and if they’re not feeling great, I’m motivated to hit them up with a large dose of optimism and some dumb jokes. Basically, the national mood motivates me to change the national mood (in my own small way).”

What advice do you have for women who want to pursue a similar career path?

“I’m a comedian and that is definitely not a career I would encourage anyone to pursue. It’s full of rejection and sadness, and yes, peaks of indescribable utter joy but ya know, you have to put up with a lot to get those. So, don’t do comedy. BUT if you absolutely must, I would say, develop a thick skin and figure out how to recover from setbacks quickly. You don’t want to waste too much time on stewing over setbacks. That advice probably helps in every career.”

April 15/16 in Chicago at Lincoln Lodge

May 4 in Irvine at the Irvine Improv

Thank you for joining us in celebrating inspiring Iranian-American women like Negin.