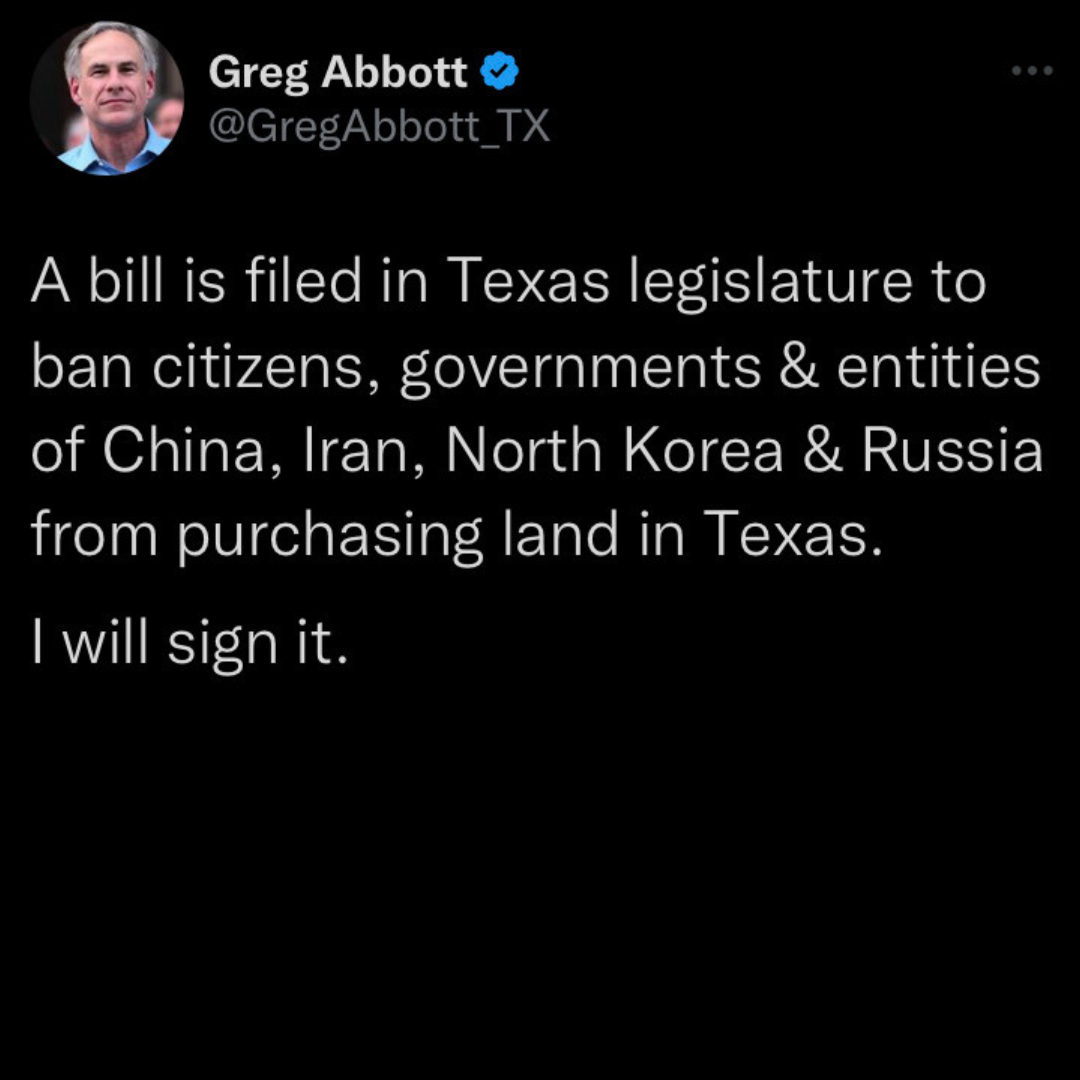 Sign the petition calling out this unconditional Texas bill banning Iranians from owning property in Texas.

Step 3: If you’re calling from the state of Texas, you can look up the phone numbers of your Texas State Representative here

Step 4: When you connect with the office, whether it’s with a person or the voicemail, make sure to say your name and if you live in Texas, state that you are a constituent.

Here is a sample script you can use, but you are encouraged to share your personal reasons for why you think this bill should not be signed into law:

“I am shocked and outraged by Texas Senate bill 147, which includes a prohibition on the ownership of property on the basis of national origin. This is plainly unconstitutional and an ugly case of nativism and racism that should be far beneath the values of the Lone Star state.

By prohibiting property ownership on the basis of national origin, the legislation would apply to a broad swathe of individuals who are rightfully and legally in the United States and Texas. As Iranian citizenship has long been passed down on a hereditary basis through the father through no action of an individual, the bill would apply to a large number of Iranian Americans, including many who were born in the United States and Texas.