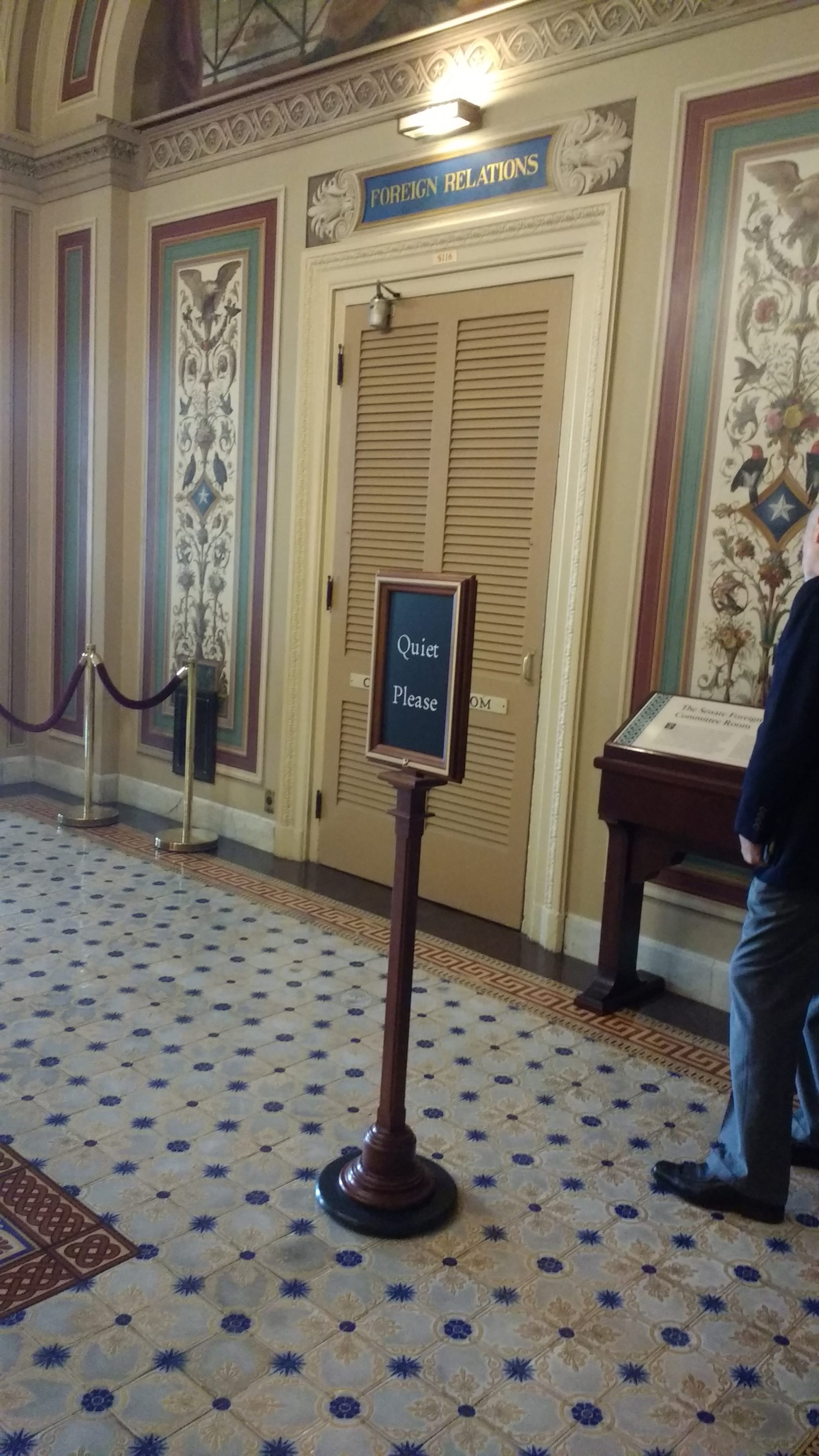 C4Peace & Diplomacy
Former Obama administration officials involved in the JCPOA’s implementation have warned that S.722 violates one or more aspects of the nuclear deal. These former officials include:
According to the above officials, S.722 violates the JCPOA in the following ways:
Sec. 8 of the bill would block the President from lifting certain sanctions as required under the nuclear deal. Sanctioned individuals would be required to take additional steps beyond the nuclear deal related to ballistic missiles and terrorism.
Sec. 4 mandates the President to impose sanctions on any individual engaging in activities that materially contribute or that pose a risk of materially contributing to Iran’s ballistic missile program. This could lead to reimposition of most sanctions.
Sec. 5 would designate the Islamic Revolutionary Guard Corps (IRGC) – Iran’s main military force – a terrorist organization under the U.S. Specially Designated Global Terrorist program (SDGT). This dangerous move risks endangering U.S. troops, undermining the fight against ISIS, and leading to a confrontation that could result in a war with Iran.
Below you can find excerpts of statements warning of the dangers of S.722 as currently drafted:
On May 24, 2017, John Kerry explicitly warned “this is not the moment for a new Iran bill.” Speaking on May 16, 2017 on a panel at the CATO Institute, Ambassador Wendy Sherman stated that she opposes S.722 categorically.
“I know that the Senators, particularly Cardin, worked really hard to try to ensure that it does not have unintended consequences. Nonetheless, I oppose this legislation. Categorically. And I do so because one, lawyers disagree about its impact on the JCPOA. It can be read in a number of different ways even as it stands, even with the care that was put on the bill. And my question is why take the risk? Because quite frankly, the bill doesn’t do anything. There is no real consequence to the bill. It’s just a way to say we’re tough. Because we can under our existing laws and executive orders designate virtually everybody who might be covered in this legislation. So why risk the JCPOA for a bill that does nothing, that is going to arguably undermine the JCPOA? It is just not worth it. So I oppose it.”
Writing in Foreign Policy, Antony Blinken, Avril Haines, Colin Kahl, Jeff Prescott, Jon Finer, Philip Gordon, and Robert Malley warn that S.722 will permit the Trump administration to leave sanctions unlifted unless new requirements are met and Iran will respond similarly.
“First, the bill adds new conditions that must be met before Washington can lift sanctions on certain Iranian parties in the future, including sanctions we are already committed to remove if Tehran continues to comply with the nuclear deal. According to the draft legislation, lifting sanctions on such Iranian entities would require a certification that they had not supported or facilitated ballistic missile or terrorist activity. This provision is unnecessary and could give Iran an excuse to undermine the deal.”
Richard Nephew warned in The Hill that the proposed legislation fails to signal to Tehran that the U.S. does not intend to undermine the JCPOA. He recommends:
“Modifications to the bills are necessary, particularly the Senate bill’s sweeping, mandatory sanctions on activities with Iran that ‘pose a risk’ of contributing to Iran’s missile program, its mandatory terrorism designation of the IRGC (which adds nothing to the sanctions already in place against the IRGC but which military analysts fear could pave the way for retaliation against U.S. forces in the region), and language that could prejudice the ability of the U.S. to terminate in time some sanctions designations covered by the deal.”
Adam Szubin wrote a letter to the Chairman and Ranking Member of the Senate Committee on Foreign Relations that the bill “would provoke a terrible reaction in Iran and with our allies, as it would be seen as contrary to at least the spirit of the Joint Comprehensive Plan of Action.” He recommends:
-Removing Section 8 from S.722
-Remove “or poses a risk of materially contributing” from Section 4.
It is crucial that Congress take these warnings seriously in order to preserve the JCPOA and ensure Iran’s nuclear program is verifiably limited to peaceful purposes.
Back to top