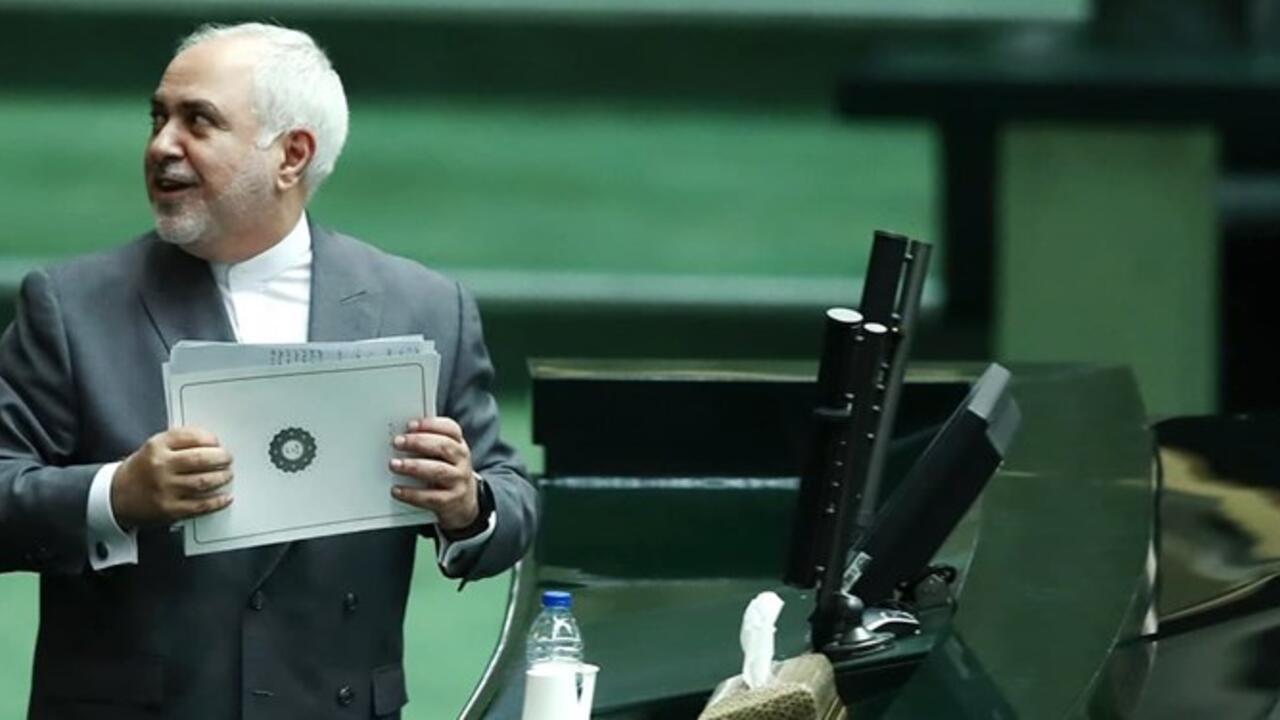 The Foreign Ministry released a report on the JCPOA and the status of the ongoing Vienna negotiations. The report was publicly released as part of a law enacted in 2015 that requires the foreign ministry to provide a report on the JCPOA to parliament every three months. This is the 22nd such report and the final one under the stewardship of Mohammad Javad Zarif as Iran’s foreign minister.

The report details the sanctions that would be removed under this potential framework agreement reached in Vienna. It says this includes sanctions imposed during the Trump administration on the office of Iran’s Supreme Leader and the “annulling” of the U.S. designation of the Islamic Revolutionary Guard Corps as a foreign terrorist organization.

The report also strongly defends the JCPOA and warns against a “maximalist approach” to the Vienna negotiations. It says that a “maximalist approach will only lead to endless negotiations which is essentially a detriment in all cases or at least the non-benefits for the country [of this approach] is no more than the benefit of reaching a hypothetical—but untenable—ideal deal.” The report emphasizes that in any agreement, no side is entirely happy with what they receive.

The Foreign Ministry said the reason it released this report is to “protect the rights of the people and prevent the disintegration of the JCPOA agreement.”

The report also criticized certain actions by Iran after the JCPOA was struck in 2015. It says Iran “hurt” its “allies in East” (i.e. China) by pursuing unfair economic deals (with the West). It also said Iran could have done more to garner investment from American companies and their subsidiaries. It says that had Iran taken a more “balanced” approach after the JCPOA, it would have been more difficult for Trump to impose maximum pressure against Iran.

Rouhani Says Deal Could Have been Reached Months Ago

President Rouhani said in his weekly cabinet meeting that U.S. sanctions could have been removed by now if not for divisions within Iran. Rouhani cited Article 60 of the Iranian constitution, which protects the functions of the executive branch, and said a bill passed by parliament in December mandating nuclear expansion violated this article.

Rouhani said if not for the actions of the Iranian parliament, sanctions would have been removed earlier this year in the Iranian month of Esfand (which corresponds to February 19th-March 20th). Rouhani said the “table is set” for an agreement to remove U.S. sanctions.

Rouhani said “the opportunity has been taken” from his administration. He added he is hopeful that the Raisi administration will finalize a deal to remove sanctions.

Rouhani said Iran has lost “4, 5, 6” months when it comes to sanctions removal. Rouhani talked about the Foreign Ministry’s recent report to parliament detailing a framework agreement reached in Vienna. Rouhani said this agreement was reached in the Iranian month of Esfand (February 19-March 20).

Elsewhere in his remarks, Rouhani also talked about Iran’s ability to enrich uranium to the 90-percent level. Rouhani said Iran’s nuclear industry has “strengthened in recent months” and said: “If one day we require 90-percent enriched uranium for a reactor [producing] this would be no problem.”

The U.S. Justice Department has accused five individuals, including an alleged Iranian intelligence official, of devising a plot to kidnap U.S.-based Iranian activist Masih Alinejad.  The Justice Department alleges the plot entailed taking Alinejad via speedboat from New York City to Venezuela and then taking her to Iran from there.

White House Press Secretary Jen Psaki condemned the alleged Iranian plot. She stated: “We categorically condemn Iran’s dangerous and despicable reported plot to kidnap a U.S. citizen on U.S. soil.” Psaki added that negotiations to revive the JCPOA would continue, stating: “We will continue to pursue those talks, pursue the diplomatic path forward which we think is in our best interests and continues to be constructive.”

Meanwhile, Iranian Foreign Ministry Spokesperson Saeed Khatibzadeh dismissed the allegations as “baseless and ridiculous.” He said the alleged plot was a “Hollywood-style scenario” and “insults the intelligence of the world.”

The Justice Department has released the names and pictures of four individuals implicated in the plot that are believed to be in Iran.  A fifth suspect, Niloufar Bahadorifar, was arrested in California but has since been released on bail.

Alinejad has told BBC Persian that she has been in a “safe house” for some time.