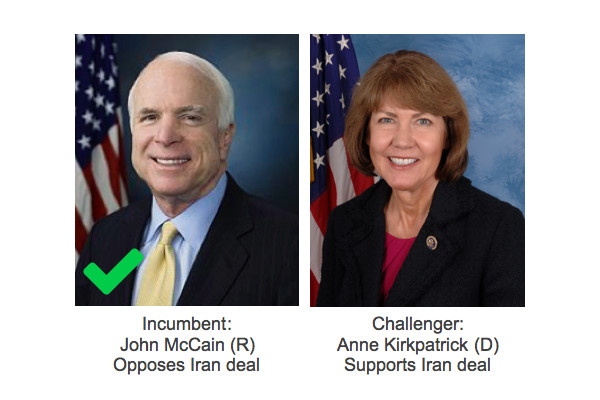 Washington DC – The full implications of H.R. 158 – legislation that bars visa-free travel to the U.S. for citizens of the EU if they are dual nationals of Iran, Iraq, Sudan or Syria – could soon come to a head. Tuesday, July 12, marks the self-imposed deadline for the European Commission to decide whether to take reciprocal action against the U.S. by suspending visa-free travel to the EU for all American citizens.

The deadline is the latest chapter in the European Union’s efforts to obtain full visa-free travel privileges for all of the bloc’s citizens. The Visa Waiver Program, which enables visa-free travel between the U.S. and thirty-seven states including Japan, Australia, and much of Europe, is based on the concept of reciprocity. However, the U.S. does not grant visa-free travel privileges for five EU states: Bulgaria, Croatia, Cyprus, Poland and Romania. Under the EU Treaties, the European Commission must address complaints of non-reciprocity from member states and must react after two years if restrictions are not lifted. The five states filed a complaint in 2014 citing the lack of U.S. reciprocity, prompting the upcoming decision on whether to suspend the program for Americans.

In the intervening period, Congress passed H.R. 158, the “Visa Waiver Program Improvement and Terrorist Travel Prevention Act.” The barring of EU citizens who possess dual citizenship with Iran and other Middle Eastern countries, or who have traveled to those countries, from enjoying visa-free travel to the United States has only exacerbated EU frustrations.

Read personal stories from American and European dual nationals who are affected by H.R.158 >>

The July 12 deadline is an extension of a previous April deadline, which the European Commission delayed as an act of faith that the U.S. would address the outstanding issues. In a statement issued at the time, the Commission highlighted the recent passage of H.R. 158 as an additional issue that must be resolved.

The Commission could now decide to activate a reciprocity mechanism that would provisionally suspend visa waivers for all U.S. citizens. Alternatively, it could propose legislation tailored to reflect the implementation of H.R. 158. However, the Commission expressed in April that “in the spirit of solidarity,” it would much rather move towards a VWP that is fully reciprocal than away from it by responding with counter visa-waiver suspensions.

NIAC, in a letter to all 38 countries party to the visa waiver program, urged them to reconsider reciprocal actions against US citizens. NIAC noted the reciprocation would further entrench discrimination and would be counterproductive to the EU’s commitment to openness. The EU response indicated that any reciprocation would likely target all American citizens rather than signaling individuals out who are dual nationals.

EU reciprocal restrictions, if decided on, would not go into effect immediately. EU states will be afforded four months (with the option to increase it to six) to raise objections to the proposal; the final decision to suspend the program will be voted on first by the European Parliament and then the European Council.

There is good reason to believe that a proposal to reciprocate is unlikely. In its April statement, the Commission indicated that any reciprocal action will only be undertaken after assessing the “legal, political, economic” impact and feasibility of implementation have been considered. Immediate concerns include a decline in the tourism and public aviation sectors. It was reported in April that EU reciprocation would cost EU citizens and companies roughly 2.5 billion euros per year for the roughly 8 million visas for which they would need to apply. Moreover, the Commission concluded member states would be “highly unlikely” to be able to process the increased volume of visa application within the 90 days stipulated by the visa codes.

In light of Brexit, the negative economic repercussions of such a decision likely increases the odds that Brussels will release a more measured approach. The UK’s recent referendum to leave the EU could decrease the urgency to act on the visa waiver restrictions as the EU braces for the economic and political implications. Regardless, the UK and Ireland were already not party to the VWP and would not have been affected.

In the aftermath of the passage of H.R.158, which restricts not just dual nationals but also travel to the countries listed in the legislation, the Department of Homeland Security (DHS) added three nations to the list – Libya, Yemen, and Somalia. Notably, it did not include dual citizens to its new provision, indicating that, unlike Congress, the Administration is aware of the burdensome effect  of the law on dual citizens of Middle Eastern descent.  In testimony before the Senate, DHS officials stated that targeting dual nationals for restrictions provided no security benefits. Nonetheless, while DHS has indicated it would continue to examine whether a waiver is warranted to lift the restrictions against dual nationals of Iran, Iraq, Syria and Sudan, it has yet to extend them.