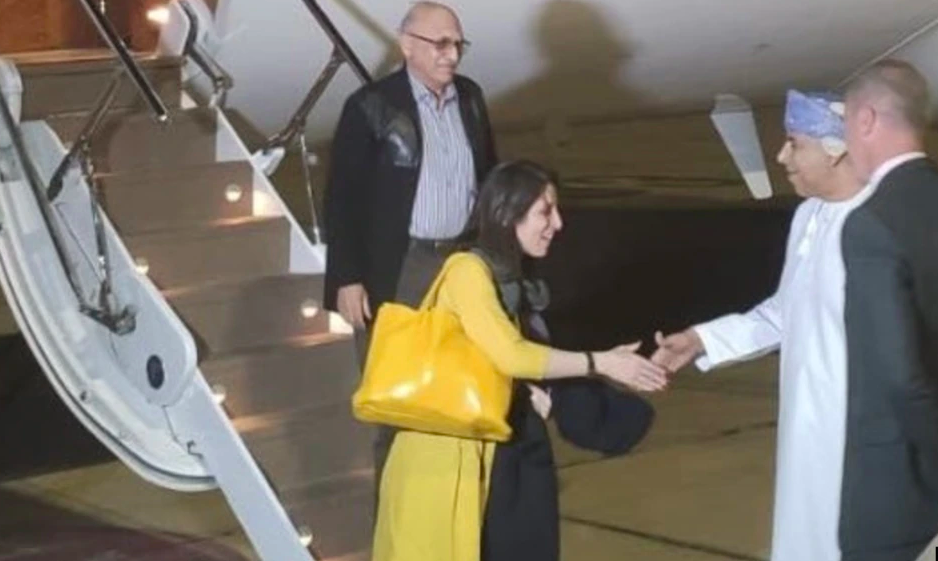 Nazanin Zaghari-Ratcliffe and Anousheh Ashouri, two dual British-Iranian citizens who were imprisoned in Iran, have been released. Zaghari-Ratcliffe was arrested in 2016 by the IRGC’s intelligence agency and sentenced to five years in prison on “espionage” charges. This sentence ended on March 7, 2021 but was extended by one year on charges of “propaganda against the state.”

Simultaneous with their release, the UK repaid a debt to Iran dating back to the pre-1979 revolution period. The debt was for the purchase of 1,500 chieftain tanks and 250 armored vehicles by the previous Shah government. While Iran paid for this military hardware at the time, they were never delivered because of the revolution.

The UK first acknowledged it owed Iran this debt on September 5, 2020. The amount repaid is $530 million, which is the original debt plus interest.

Iran’s government maintains that the release of the two dual-national prisoners and the debt are not connected. Iran’s Foreign Minister Abdollahian said they were released on “humanitarian grounds.”

According to the UK foreign office, the money was repaid in a way that conforms to existing sanctions on Iran and can only be used for humanitarian purchases. The money was reportedly sent to bank accounts owned by Iran in Oman.

The American citizens held in Iran include Siamak Namazi and his father Bagher Namazi and Emad Sharghi. At least four German citizens are currently imprisoned in the country, the name of only one of which has been made public, Nahid Taghavi. Austrian citizens Masoud Mosaheb and Kamran Ghaderi are also imprisoned, as is Swedish citizen Ahmad-reza Jalali, French citizens Fariba Adelkha and Benjamin Brière, and Australian citizen Shukrollah Jabali.

A Russian demand for U.S. guarantees that sanctions would not impact its ability to cooperate with Iran under the JCPOA appears resolved. The Russian demand was covered in last week’s issue of Iran Unfiltered.

The Russian demand appears to have been a reason for why the Vienna negotiations were suspended last week. While EU officials said the talks were paused due to “external factors,” Iranian officials said the main reason was a lack of agreement with the U.S. on remaining differences.

Iranian Foreign Minister Abdollahian traveled to Moscow this week to discuss the nuclear negotiations, among other issues. He met with his Russian counterpart Sergei Lavrov.

Lavrov said during a joint press conference that Moscow had received the necessary guarantees from Washington. He said that sanctions will not interfere with Russia’s ability to meet its obligations under the JCPOA.

U.S. officials have maintained that the new sanctions imposed on Russia would not impact the JCPOA. A senior State Department official told Reuters that the U.S. “continues to engage with Russia on reviving the Iran nuclear deal” and that “Moscow may now grasp that Ukraine-related sanctions should not affect the accord’s implementation.”

Meanwhile, Abdollahian separately said that differences with the U.S. in the Vienna negotiations have narrowed. He stated in Tehran: “We have four issues that are our redlines. Of these four, two have been resolved. But two issues are left, including the issue of economic guarantees.”

Abdollahian said that whenever the agreement on the two issues  is close, Iran’s Deputy Foreign Minister Ali Bagheri will return to Vienna. He says that an agreement can be reached “tomorrow” if these remaining issues are resolved and that the foreign ministers of the negotiating countries can all go to Vienna to sign the agreement.

White House spokesperson Jen Psaki has said about the current status of the Vienna talks: “The end of negotiations is always when the difficult and challenging parts of the conversation typically take place.”

On March 13, videos began circulating on social media showing multiple missiles striking Erbil, the capital of Iraqi Kurdistan. There were also videos of missiles being launched from near the city of Tabriz in northwestern Iran.

Soon after the attack, the IRGC released a statement officially claiming responsibility. The statement said the missiles struck an Israeli target in Erbil and were in response to recent “crimes.”

It was first widely speculated that the missile attack was in response to an Israeli strike on Damascus four days earlier that killed two IRGC members.  However, it later became apparent the missile strike was in retaliation for an Israeli attack on a drone facility in western Iran on February 14.

At the time, Iranian media said there was a fire at the drone facility. Nour News, affiliated with the Supreme National Security Council, said the “storage of flammable material and engine oil” was the cause of the incident.

However, this week Israeli and Iranian-aligned sources said Israel was behind the February attack on the Iranian drone facility. Al-Mayadeen, affiliated with Hezbollah, said Iran’s missile strike in Erbil targeted an Israeli facility that managed the “drone strike” in western Iran.

Ka’taib Hezbollah, an Iraqi armed group backed by Iran, also released a statement saying the missile strike was in response to an Israeli “drone attack” inside Iran. Iran’s Al-Alam outlet also said the facility targeted in Erbil belonged to Israel.

Other sources say the building struck in Erbil was owned by Karim Barznji, a Kurdish oil businessman. Notably, Iraqi Kurdistan exports oil to Israel via Turkey.