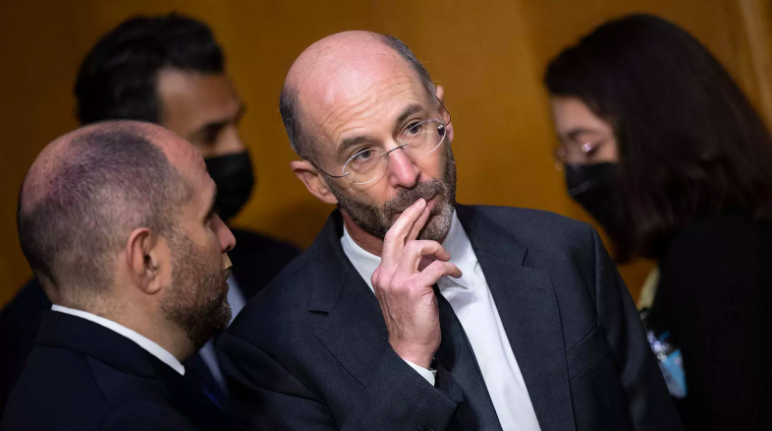 The U.S. and Iran held their first round of indirect nuclear talks in over three months in Doha, Qatar. The negotiations took place on June 28-29 and were mediated by the EU.

The negotiations did not end in a breakthrough and differences still exist on many issues. Enrique Mora, the EU coordinator for the talks, stated in a tweet after their conclusion: “Two intense days of proximity talks in Doha on #JCPOA. Unfortunately, not yet the progress the EU team as coordinator had hoped-for. We will keep working with even greater urgency to bring back on track a key deal for non-proliferation and regional stability.”

U.S. officials speaking anonymously to the media were more negative about the talks than their Iranian counterparts. A senior U.S. official told Axios on June 29: “The Iranians have not demonstrated any sense of urgency, raised old issues that have been settled for months, and even raised new issues that are unrelated to the 2015 nuclear agreement. A deal has been available for some time.”

Another U.S. official told Reuters on June 30: “The prospects for a deal after Doha are worse than they were before Doha and they will be getting worse by the day.”

Kanani said the Doha negotiations were held in a “professional and serious atmosphere.” Kanani said that Mora and Iran’s top nuclear negotiator Ali Baqeri will decide about the next round of negotiations.

It is still unclear when the next round of negotiations will be. Iran’s UN Ambassador Majid Takht Ravanchi also confirmed that Iran and the EU will coordinate about the “next stage of negotiations.”

Meanwhile, Bloomberg reported that the next round of talks is “likely to resume” after U.S. President Joe Biden’s trip to the Middle East, which will take place from July 13 to 16. Bloomberg cited a source as saying that the negotiations “could resume in the Qatari capital following Biden’s trip.”

Against this backdrop, the UN Security Council (UNSC) released its latest report on the implementation of UNSC resolution 2231, which endorsed the JCPOA in 2015. During the discussion at the UN, “delegates traded concerns over Iran’s worrisome enrichment of uranium and the continued imposition of sanctions by the United States.”

France, Germany, and the UK also issued a new statement calling for Iran to “conclude the deal while it is still possible.” They added, “We regret that up until now Iran has refused to seize this diplomatic opportunity and continued its nuclear escalation.”

Iran for its part says that the U.S. is still not giving it “guarantees” over the durability of a deal. Iranian officials regularly emphasize that Iran must economically benefit from returning to the JCPOA and giving up most of its nuclear program.

An Iranian court has upheld an eight-year, eight-month prison sentence for 38-year-old French citizen Benjamin Brière. Brière was arrested after traveling to Iran in May 2020. He was first handed this sentence in January of this year.

Saeed Dehghan, one of Brière’s lawyers, said the sentence against him describes France as a “hostile country.” He added that the charges included showing “sympathy for the victims” of the Ukrainian civilian airliner shot down by the IRGC in January 2020.

Brière had earlier been charged with espionage and “propaganda against the state.” The charges against him say he traveled to Iran with a van, carried a “hard drive” and a “second mobile phone,” and was taking footage of “prohibited” areas with a drone on the Iran-Turkmenistan border.

EU foreign policy chief Josep Borrell called for the release of Brière and other EU citizens in his recent visit to Iran. There are currently at least two other French citizens imprisoned in Iran, who are both union activists that met with Iranian teachers amid their countrywide protests.

A cyberattack targeted several Iranian steel companies in the early hours of Monday, June 27. Among these was the state-owned Khuzestan Steel company, one of Iran’s biggest steel manufacturers.

Amin Ebrahimi, the CEO of the Khuzestan Steel company, told Iran’s ISNA outlet that the cyberattack was a “conspiracy” and “failed.” He said there was no damage done to the company’s production lines and that all its employees are still working. He added that there were “minor disturbances” to the company’s website and other “information channels.”

However, the anonymous group that claimed responsibility for the cyberattack posted a video of a piece of machinery catching fire on the company’s production line. The group stated, “These companies are subject to international sanctions and continue their operations despite the restrictions.”

The cyberattack also targeted Iranian steel companies in Isfahan and Hormuzgan provinces. Iranian officials have blamed such attacks on Israel and the U.S. in the past. Israeli sources have also confirmed that their country has launched cyberattacks targeting Iranian infrastructure.