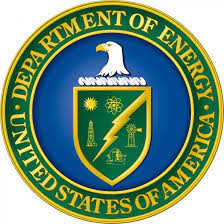 Discrimination at Biden’s Department of Energy

Last year, the National Iranian American Council was contacted by a U.S. green card holder who had been working as a contractor on a grant provided by the Department of Energy. After some time working on the contract, the Trump administration had increased restrictions against foreign nationals working on federal grants – particularly, nationals of countries that are on the state sponsors of terrorism list. As a result of this change, DOE alerted contractors that nationals of countries on the terror list “must cease work under [relevant grants] immediately and cannot recommence work under the award unless approval is provided by the Secretary of Energy.” Despite efforts by the individual’s employer to secure approval, the Department of Energy denied the request and has not reconsidered its position under any circumstances, throwing the individual’s career and life into disarray for no reason other than their national origin.

The National Iranian American Council has been in touch with the Department of Energy for more than a year to encourage them to reconsider this policy, which is a textbook case of national origin discrimination [see NIAC’s initial letter here]. Regrettably, this issue does not appear to be confined to Iranian nationals, as Asian Americans Advancing Justice has documented and worked to dismantle the discriminatory “China Initiative” that targeted researchers of Chinese origin. While the policy was ostensibly aimed at preventing and deterring espionage, it too relied on blatant national origin discrimination. The same pattern appears to be repeated at the Department of Energy with respect to Iranian nationals, and potentially across the federal government as a whole.

After the Department of Energy proved unable or unwilling to address NIAC’s concerns or revisit their blanket ban, the individual who contacted us last year agreed to detail their experience anonymously in the following interview:

What is your background and how did you come to be a contractor working on Department of Energy grants?

I have a Ph.D. in the energy engineering field. After I received my Ph.D., I started working for a not-for-profit research and development company that works with DOE under award contracts. DOE provides several billion dollars per year in discretionary funding and mandatory funding to support research, development, science, and innovation.

What happened that barred you from doing the job you were hired to do?

In 2020, some language was added to the “DOE’s Unclassified Foreign National Access Program” by the previous administration, expanding the limitation on people’s ability to work on DOE awards if they are from “Countries of Risk”. The added language expanded restrictions to people who are “Lawful Permanent Residents of the U.S.”. This barred me from continuing to work in my field of expertise for which I was hired and received an advanced degree. In fact, upon receiving my Ph.D, I was able to receive my U.S. permanent residency (i.e. green card) for unrestricted employment in the U.S. through the National Interest Waiver (NIW) process. To obtain NIW, one must show that the person’s proposed endeavor has both substantial merit and national importance; the person is well positioned to advance the proposed endeavor, and it would be beneficial to the United States to waive the job offer and thus the permanent labor certification requirements.

What steps did your employer take to try to get you cleared for resuming your work?

All communications were handled by my employer’s legal team to answer questions and provide documentation per requests. My employers provided all requested documentation to verify my identity, legal status, and background check to the designated office and submitted a formal request for approval.

How has this impacted your career and personal well-being?

This has stopped me from contributing to the technology and innovation that I have spent years being trained for. It has stopped me from putting my skills and knowledge into work and has limited my ability to make meaningful impacts on the evolving energy sector needs. I have been actively publishing technical articles in reputable journals and conferences over the past several years, helping the industry discover insights and improve processes. So, it is unfortunate to be held back from making contributions despite all my accomplishments.

This situation has certainly impacted my mental health in many ways as well! No matter how hard I have worked to become the accomplished person I am today, my birth country is being held against me, for which I had no choice. It is unimaginably hard to be alienated in the country you call home and the industry you have invested your life in.

Are you aware of other Iranian nationals or others who have been barred from doing their jobs on the basis of this discriminatory policy?

I know many people in the same situation, from those who are working towards their advanced degrees in universities, to those working in the industry or running their small businesses. I know several people who had brilliant ideas that could be a game changer for our industry but did not receive the job or funding award solely because of their nationality. In fact, several recent scientific venues have explicitly barred Iranians from attending and many funding opportunities discourage Iranian nationals from applying, regardless of their merits.

Is there any recourse for DOE to reconsider its ban?

Yes. This ban has undergone many changes since it initially originated. The best resource is going to the archive and comparing how the language has evolved and on what basis. DOE’s recent social and environmental justice initiatives and diversity, equity, and inclusion requirements may also need to be revisited and aligned with this ban to reflect where, when, and how discrimination could be justified.

Do you think that there is a basis for this policy, or is it wholly unfair?

While I understand and respect the security basis of the policy, I believe the way it is being implemented is totally unfair and discriminatory. There are already comprehensive, time-consuming, and very difficult processes in place for Iranian nationals to obtain immigrant U.S. status. There are also steps that USCIS is taking for vetting individuals and granting them work authorization or permanent residency. If an extra layer of security is required by DOE or any other agency to grant individuals a separate authorization to work on awards/projects, it needs to have a transparent process outlining what it takes for an individual to receive approval or clearance. Right now, the process is simply rejecting any individual from Iran who is not a U.S. citizen yet simply based on the country of origin.