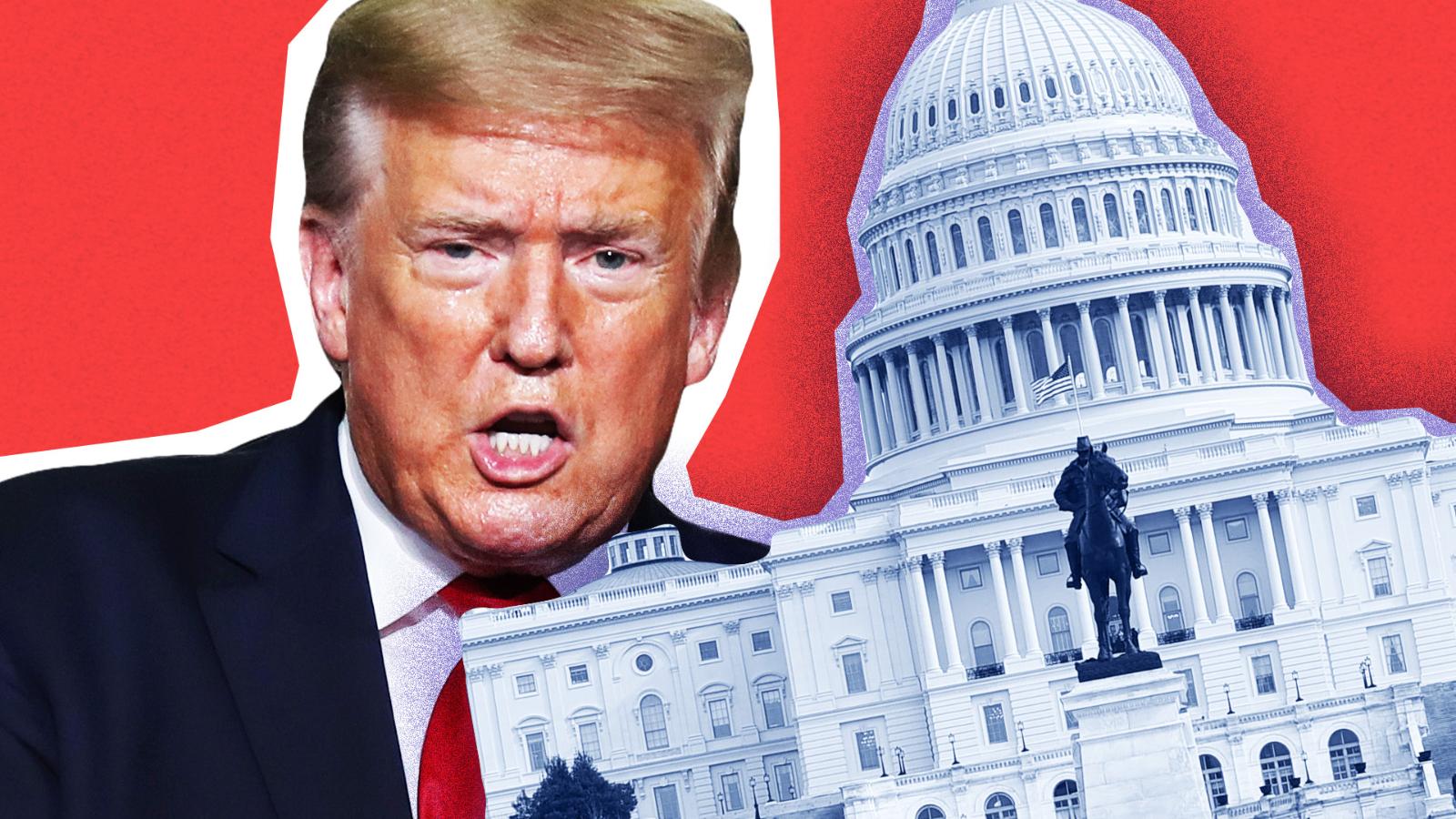 Read this in Persian (فارسی)

With the unprecedented spectacle that Donald Trump brings to the presidential contest, all eyes are understandably focused on the very top of the ticket. But the contest over which party controls the Senate will decide whether a Biden administration will have a serious chance to undo the damage of the Trump years or is mired in battles with a Mitch McConnell-led Senate.

Trump began his term with a majority in both chambers and, even though he lost the popular vote and lacked a real mandate, was able to sign unthinkable Executive Orders and exit landmark international accords with few institutional barriers. With Republicans in control of both the House and Senate, votes to challenge Trump’s actions like the Muslim Ban were blocked.

Even when Democrats took control of the House in 2019 and passed legislation out of the lower chamber to roll back Trump’s agenda or advance an alternative vision — those bills died at Senate Majority Leader Mitch McConnell’s doorstep. And while in 2020 the split Congress did manage to gain enough bipartisan support to send legislation to Trump’s desk restricting his authority to go to war with Iran, Trump was easily able to veto the bill thanks to actions by Mitch McConnell — who ensured the anti-war measure was sent to the President as a “stand alone” rather than included in must-sign legislation.

If Biden wins the White House, but is forced to battle a Republican-controlled Senate in order to pass legislation, undoing the Trump years will be exceedingly difficult. While a President Biden could return to the Iran nuclear deal and repeal the Muslim Ban by Executive Order, Mitch McConnell will hold the institutional tools to make those decisions as politically painful as possible for the new Administration. We can expect the Republican Senate to hold the White House hostage the same way they did under Obama. And, given what we know about the Biden team’s aversion to bold politics, there is far greater risk the new Administration caves or limits its ambitions on critical fights on civil rights, immigration, and diplomacy.

However, Democrats have a major chance to not just take the White House but also win control of the Senate and set the agenda for the legislative and executive branches.

Such opportunities to “flip” the Senate is dependent on two factors:

Unlike in the House, where all lawmakers must run for reelection every 2 years, Senators are elected to 6 year terms — meaning every election features a different group of Senators who must defend their seats. Some years there are far more Democrats than Republicans who happen to be up, other years it swings in the other direction.

In 2020, the map favors Democrats: there are 23 seats Republicans must defend compared to 12 Democratic seats up for reelection. Of those 35 Senate seats up this year, ten Republican-held seats are considered competitive races compared to just two held by Democrats. If the polling and consensus among most analysts holds, Democrats are likely to pick up 3 or 4 Senate seats — enough for a majority (3 seats would mean a 50-50 tie, with whomever is the Vice President then casting tie-breaking votes in the chamber).

Click here to see BeshkanTheVote.com to see the key races that will decide who controls the Senate and how you can get involved >

However, while the conditions appear favorable for Democrats this year, the same was true in 2016 and Republicans outperformed expectations and held their majority. So, while Trump and Republicans may be polling lower and bear the burden of defending their incumbency in the midst of multiple crises, nothing can be taken for granted. That is particularly true in an election that presents not just the normal campaign variables, but plenty of brand new uncertainties — from casting and counting tens of million of votes amidst a pandemic to the multiple legal challenges already being lined up to challenge the outcome.

That is why it is imperative that those who want to defeat Trump, also invest time and resources into the Senate battleground races. Achieving our immediate goals on civil rights, immigration and foreign policy — not to mention longer term goals to restore American democracy and institutions — hinge not just on defeating Trumpism in the White House but also in the Capitol building. To learn about the key Senate races and find out how you can volunteer, contribute, and help flip the Senate this election, visit BeshkanTheVote.com.