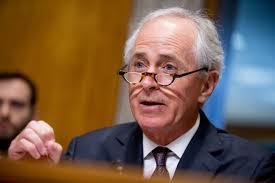 Washington, DC – A critical bill from Sens. Tom Cotton (R-AS) and Bob Corker (R-TN) that would violate the Iran nuclear deal appears to have stalled due to lack of support. Contacts on Capitol Hill have indicated to NIAC Action staff that negotiations on the bill have led nowhere and that few Senate Democrats have been tempted by the Cotton-Corker proposal. This is a key development in the fight to preserve the Iran nuclear deal, as Cotton-Corker appeared to be the most likely legislative vehicle to move following Trump’s October 13th decision to withhold certification of the accord. Yet, a full month later, deal opponents have yet to convince Democrats to back any legislative proposals that would violate the accord.

NIAC Action members have pushed back strongly against the bill, including by calling and writing their Members of Congress and organizing phone banks in key states. These actions have helped to highlight the risks of the U.S. killing the deal, which could put the U.S. and Iran on the fast track to war.

Additionally, a November 9th article in The Jerusalem Post concludes that Corker, the Chairman of the Senate Foreign Relations Committee, pulled the bill due to insufficient support following pushback from Senate Democrats and European parties to the accord.

Based on a draft summary of the Cotton-Corker bill that was circulated in October, the proposal sought to automatically re-impose nuclear-related sanctions under various scenarios without regard to whether Iran is upholding its nuclear commitments. Under one such scenario, sanctions would be re-imposed if Iran ever moves under a one year “breakout” timeline, which is not prohibited in the out years of the agreement. At a briefing held by NIAC on October 18, former Obama administration official Robert Malley warned “The legislation that the administration is pushing and that some in Congress are supporting… is a violation of the deal.”


While Cotton’s spokesperson indicated the legislators “are very much still working together on a bill that reflects the same framework laid out last month,” Corker’s spokesperson did not dispute assertions that the legislation had been pulled, according to The Jerusalem Post article.

If the Cotton-Corker bill is dead in the water, there are still several legislative threats to overcome to preserve the nuclear accord. An alternative threat would be a watered-down version of the Cotton-Corker legislation that would still seek to alter the agreement’s terms by moving the goalposts on sanctions relief. This could lead to a fracturing of the agreement by undermining the notion that the U.S. intends to uphold its end of the bargain. Additionally, under the sixty-day window triggered by Trump’s October decertification, Congress has roughly one additional month wherein it could snapback nuclear-related sanctions under expedited procedure. However, there appears to be no Congressional appetite to kill the deal in such a direct manner.

Even if Congress gets through the 60-day window without snapping back sanctions or seeking to amend the terms, there may be additional pressure to pass problematic legislation given Trump’s lingering threat to terminate the deal if Congress abstains from action. In January, the administration faces another 90-day certification requirement under the Iran Nuclear Agreement Review Act, and must act once again to waive existing sanctions in order to uphold the JCPOA.