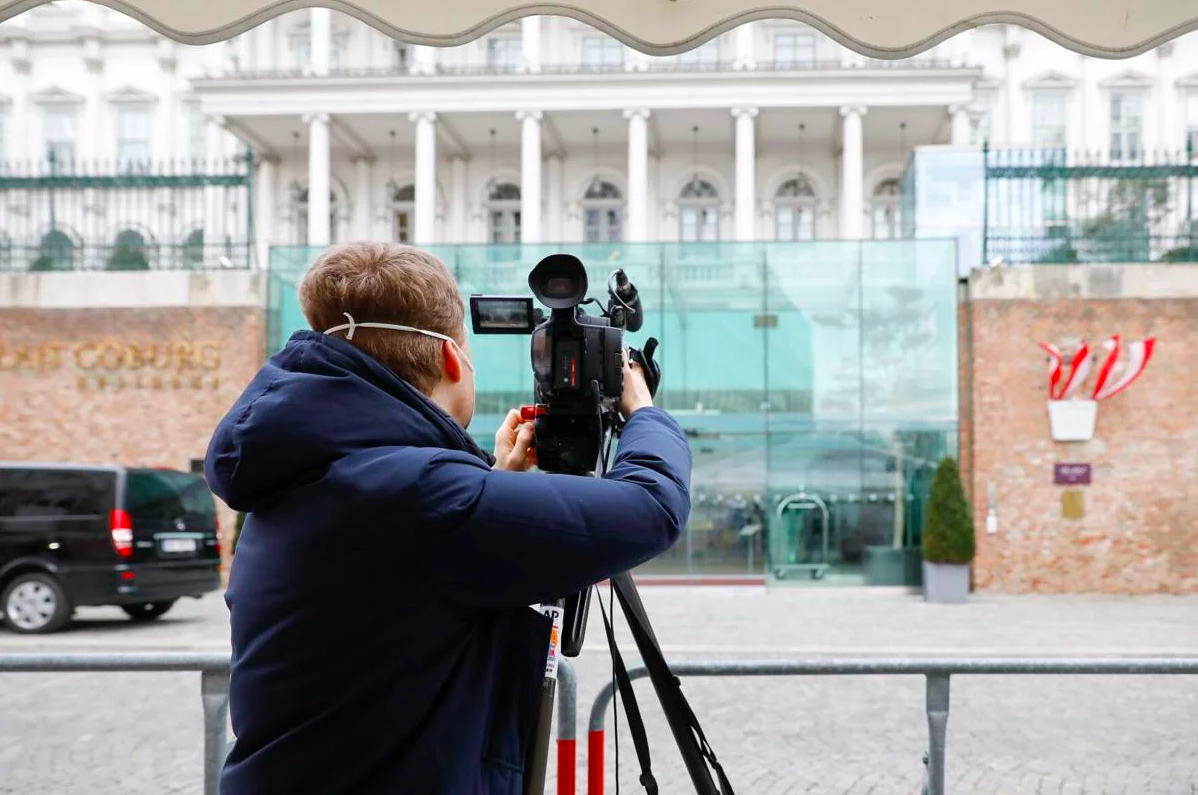 Vienna Talks Resume as a “Deal is in Sight”

Vienna Talks Resume as a “Deal is in Sight”

The eighth round of the Vienna negotiations to restore the JCPOA resumed in Vienna on February 8th. The delegations returned to Vienna after an over week-long return to their capitals for consultations.

As the negotiations have resumed, a U.S. State Department spokesperson said on February 7th that “a  deal that addresses all sides’ core concerns is in sight.” However, this spokesperson added that “if it is not reached in the coming weeks, Iran’s ongoing nuclear advances will make it impossible for us to return to the JCPOA.”

Meanwhile, EU foreign policy chief Josep Borrell said he is hopeful of a breakthrough “because both sides have been showing willingness.” Borrel said about the timetable for reaching a deal: “I don’t know if it’s going to be one week, two weeks, three weeks, but certainly we are in the last steps of the negotiations.”

On February 4th, the U.S. also waived sanctions imposed by the Trump administration that prevented key nonproliferation measures of the JCPOA from being implemented. The waivers allow for international cooperation with Iran to continue to modify its nuclear program to ensure it cannot be used to build nuclear weapons.

After the waiver was issued, Iran’s Foreign Minister Abollahian said Iran had communicated via intermediaries that the U.S. should show its “good intentions in practice.” Abdollahian explained that a display of such “good intentions” would be something that can be “felt tangibly on the ground” in Iran and that a “lifting of some sanctions in a real sense can show the Americans’ good intentions.”

Abdollahian added: “What has happened on paper [on sanctions lifting], is good but not enough.”

Ali Shamkhani, the Secretary of Iran’s Supreme National Security Council, did not directly respond to the waivers but tweeted after they were issued: “Real, effective, and verifiable economic benefits for Iran is a necessary condition for an agreement.” He added: “A ceremonial lifting of sanctions is not considered a constructive action.”

Shamkhani also criticized the Biden administration’s overall approach to Iran as the negotiations resumed in Vienna, stating: “The Biden administration has up until now continued Trump’s maximum pressure against Iran with the aim of achieving what Trump could not with force through empty promises.”

Meanwhile, Al-Mayadeen (a Lebanese outlet close to Hezbollah) said there is a “positive environment for reaching a deal in the coming days or maybe in the next weeks.” It said a 20-page draft agreement has been prepared in Vienna and that this is in the “framework of a comprehensive political agreement.”

Al-Mayadeen claimed the implementation of this deal will “begin” with the lifting of sanctions on Iran and Iran benefiting from the “transfer of its revenues” (i.e. gaining access to its assets frozen by U.S. sanctions abroad).

Abollahian also had a phone call with Russian Foreign Minister Sergei Lavrov where they in part discussed the Vienna negotiations. According to the Russian readout of the call, they “called for a speedy revival of the JCPOA in its original balanced form, which was approved by the UN Security Council.”

Separately, Abdollahian said in response to a journalist that the issue of the sanctions relief Iran expects in a deal is still unresolved. Abdollahian said he is hopeful that the sides are close to a “final agreement,” but he said this depends on the “initiatives, intentions, and behavior” of Europe and America.

Abdollahian also briefed the Iranian parliament again on the status of the Vienna negotiations. After the briefing, Esmail Kowsari, a member of the parliament’s national security and foreign policy commission, discussed what he said was Iran’s condition for “direct negotiations” with the United States.

Kowsari said that once the U.S. lifts sanctions and gives guarantees about sticking to the JCPOA, Iran can enter direct negotiations with it.

Kowsari also said the current negotiations are different than in the past (under former president Hassan Rouhani) because Iran now has a “strong hand.” He stated: “We are both enriching to 60 percent and ending our influence in the region. We stand in front of them, and they must respect the agreement they are making.”

The national wrestling teams of the U.S. and Iran were scheduled to play a match on February 12th in Texas. However, Alireza Dabir, the head of Iran’s Wrestling Federation, said the U.S. did not issue visas to six members of the national team, including himself.

Dabir said Iran’s national team would not travel to the U.S. for the match because they did not all receive visas. Dabir wrote a letter to the head of the U.S. Wrestling team notifying him of this issue and expressing his “deep regrets” for having to cancel the upcoming U.S.-Iran match.

Dabir also invited the U.S. Wrestling Team to travel to Iran for a friendly match in the letter. He further explained that the head of the Iranian team was treated poorly at the U.S. consulate in Dubai and interrogated for five hours.

Earlier, Dabir had stoked controversy in Iran for making anti-American comments during a television interview. His remarks were covered by Fox News and other conservative U.S. outlets in recent weeks.

The Iranian news site Eko Iran has profiled Mehdi Safari, a member of Iran’s negotiating team in Vienna who graduated from George Washington University. Safari is currently the deputy for economic diplomacy in Iran’s foreign ministry.

Safari has also held political posts in Iran and been active in the private sector. He has served as the Deputy Governor of Bushehr province and as Deputy Minister of Communications and Technology. He was also chairman and CEO of Shiraz Electronic Industries, an electronics manufacturer, and CEO of the Mobin Trust Consortium, which is affiliated with the IRGC.

A purported letter by Saeed Jalili, a member of the Supreme National Security Council, to Ayatollah Khamenei criticizing Iran’s current approach to the Vienna negotiations has highlighted fissures within Iran’s conservative camp on the talks. As covered in last week’s issue of Iran Unfiltered, Jalili said in the letter that Iran should leave the JCPOA, enrich uranium at the 90-percent level, and then engage in direct negotiations with the United States.

Jalili this week addressed the purported letter for the first time. He did not deny writing it, but said the letter was written last summer in response to a report the Rouhani administration gave parliament about progress in the Vienna talks.

Jalili stated: “This letter is from six months ago and was critical of the previous government’s report about the JCPOA’s achievements.” Jalili also said he has consistently said the JCPOA “indebted” Iran and that this should be “taught” in Iranian schools.

Meanwhile, another Iranian news website, Dideh-ban Iran, cited an informed “information channel” as saying Abdollahian’s foreign ministry has complained to Khamenei about opponents of the Vienna negotiations. The report claims that the foreign ministry wrote a letter to Khamenei about efforts to “sabotage” the Vienna negotiations.

The alleged foreign ministry letter listed these attempts at sabotage and asked Khamenei to intervene to stop this “movement.” The source added that while Abollahian told the Iranian parliament that the foreign ministry has received approval from Khamenei to have direct negotiations with the U.S., “people close to Jalili lie” and say that Abdollahian was “reprimanded” by Khamenei for mentioning negotiations with the United States.