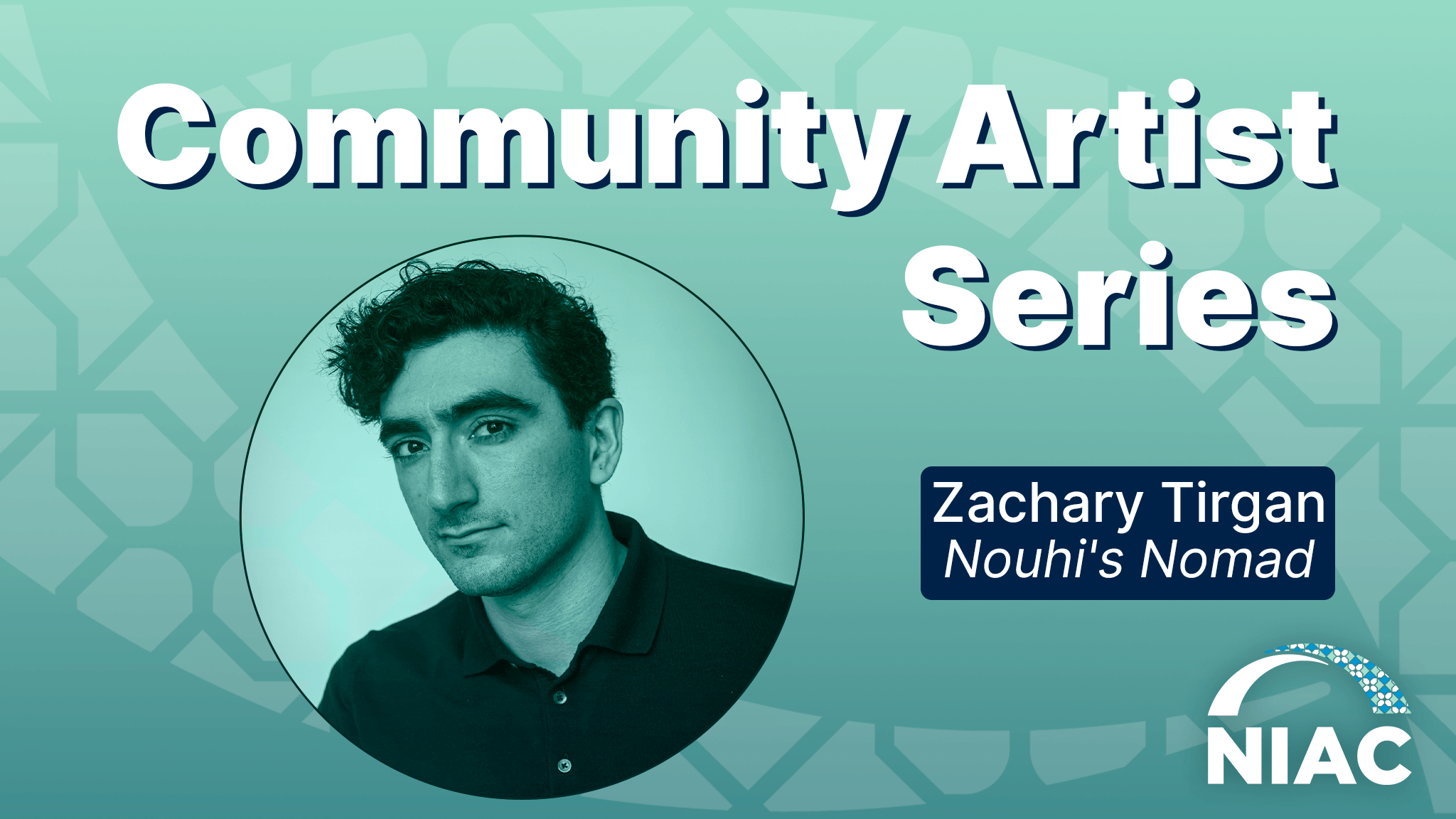 Art and culture are integral to the Iranian-American experience. We at NIAC are so grateful to the artists that performed at our virtual events since the pandemic began to help us virtually build community and celebrate our heritage. To show our appreciation, we’ve launching the NIAC Community Artist Series to spotlight singers, dancers, musicians, and other artists honoring our culture. Today, we are highlighting Zachary Tirgan! 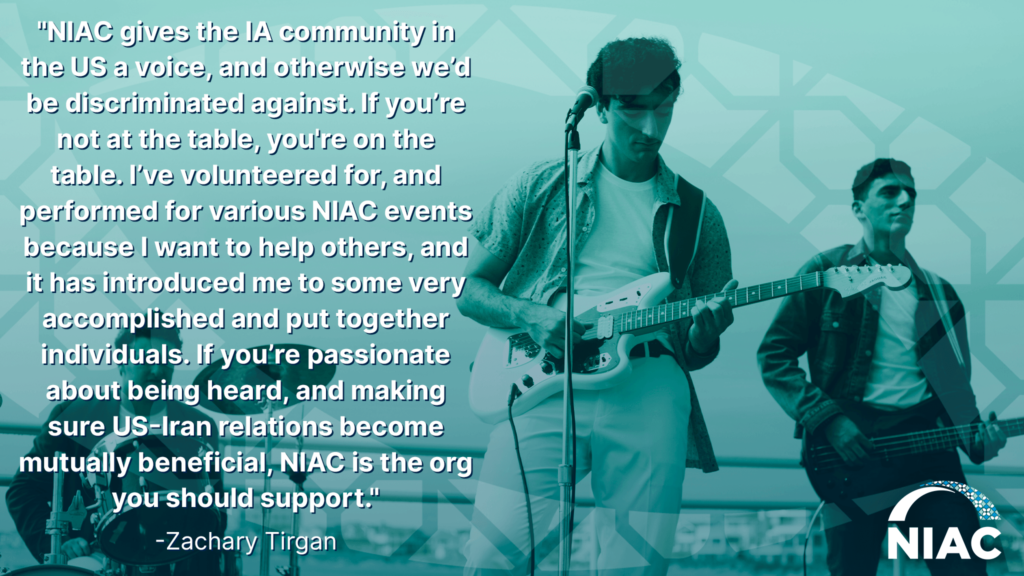 Zachary Tirgan, also known as Nouhi’s Nomad, is a singer, songwriter, and a professional opera singer based in New York City. He is also a NIAC New York Leadership Council member. You can listen to Nouhi’s Nomad’s warm, vintage-style indie rock tunes on Spotify and Bandcamp, and follow him on Instagram, Facebook, and Twitter.

Zach began his musical journey at the age of three when he learned to play the violin. He then went on to learn how to play the piano and eventually moved on to singing in high school. He had always loved singing, but it was his voice teacher in his sophomore year of high school, Mr. Marwah, who encouraged him to pursue music and make something out of it.

Zach is a classically trained musician and started his vocal journey in opera. To him, opera is more straightforward–he’s given music, sings it, then goes through the music and performs. He was cast and preparing to perform with the Bronx Opera before the COVID-19 pandemic, but they have since been on hiatus. While Zach enjoys singing classically, the need for exactness has at times put pressure on him, especially when there’s a lot on his plate. Which is why  he started to explore indie rock through Nouhi’s Nomad–he finds that indie rock has more freedom. Zach writes his indie rock songs from scratch, from the melody to the lyrics. He also has to sing the songs and market his music himself, which presents more of a challenge than singing music that is just given to him.

The name “Nouhi’s Nomad” was born to differentiate Zach’s indie rock work from his opera and was inspired by his parents. His mom’s name is Nouhi and his parents are both “nomads” as they are immigrants. Plus, “Nomad” stems from his journey on finding his own identity through his Iranian heritage while having been born and raised in New York City. All of Nouhi’s Nomad’s tunes are self produced through Zach’s own label, Tirgan Records. As for his band, he recruited his best friend from middle school to play the drums and his little brother to play guitar, cycling guitarists as needed.

Nouhi’s Nomad’s music starts from inspiration in life. Number 4 is a warm upbeat song about the melancholy feeling of leaving his childhood summer home, while Ohio has various meanings as he has family there, but he also spent two years there for undergrad before transferring colleges. Much of his music has some nostalgic influence from the 70s and 80s, but his most recent album is really a coming of age album that high school and college students can relate to. His songs tackle heartbreak, public opinion, and imposter syndrome.

Zach sees his work as a means to get to know a person. He hopes to offer solace to those who listen to his music, or whatever emotional drive they are looking for at the time.

Zach’s advice to those interested in pursuing music is to take risks and do what you feel is right. But at the same time know when to stop and don’t pour too many hours obsessing over something. He also recommends cultivating friends and family to build a fanbase, including extended family, friends, and people you’ve known for a while but might not know too well.

We are very excited about Zach’s newly released and upcoming projects. Nouhi’s Nomad’s most recent release, Angeezeh – The Shauli Sessions, can be purchased on Bandcamp for $1.99. Zach is also currently working on a screenplay about a family member of his leaving Iran to escape his compulsory military duty during the Iran-Iraq war.

As he looks to his future, Zach wants to continue pursuing the arts. Perhaps that means auditioning for the Metropolitan Opera’s choir, continuing his indie rock career through Nouhi’s Nomad, or producing his screenplay and managing his record label, but he is still exploring where his ambitions will take him.