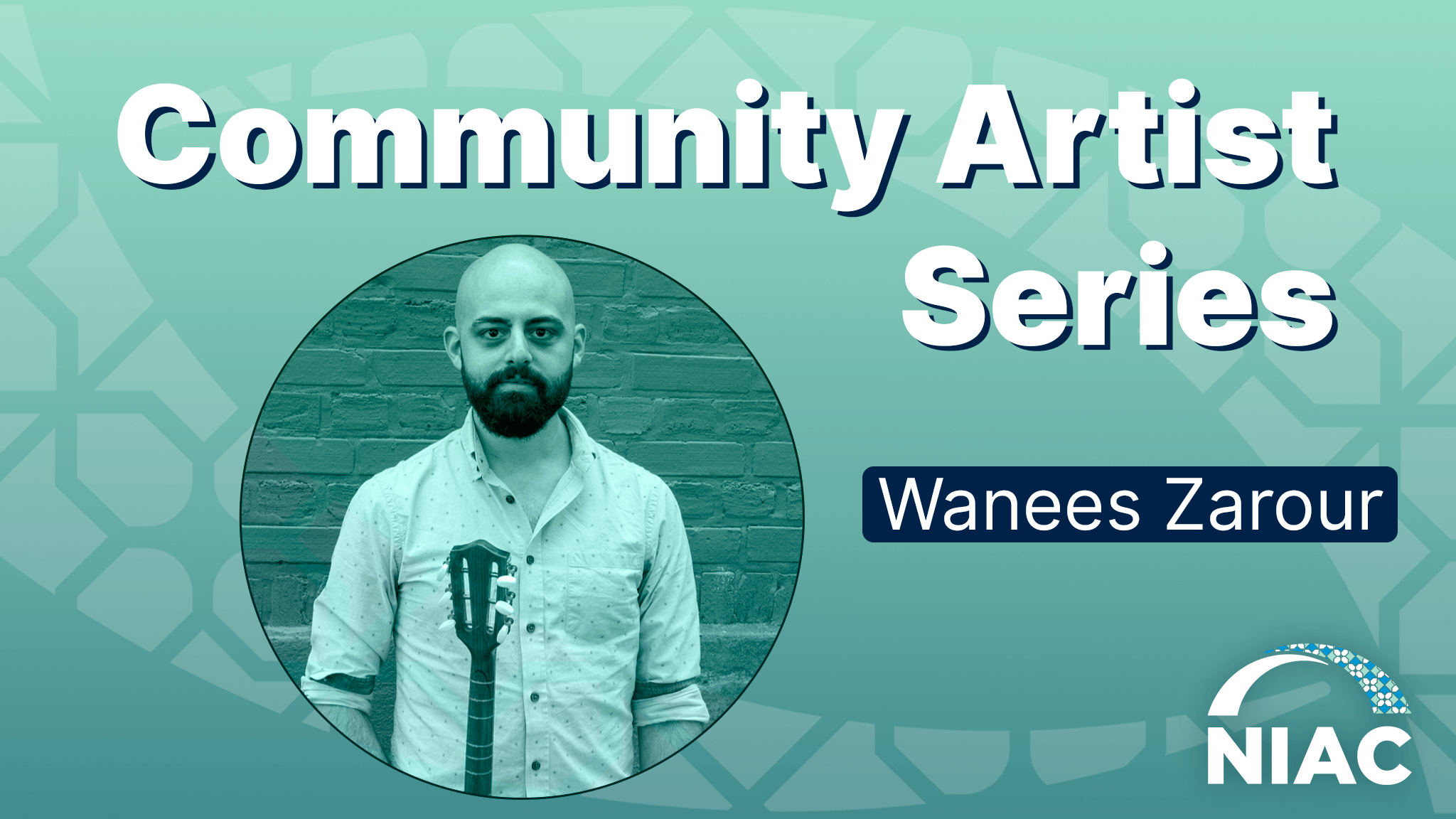 Art and culture are integral to the Iranian-American experience. We at NIAC are so grateful to the artists that performed at our virtual events since the pandemic began to help us virtually build community and celebrate our heritage. To show our appreciation, we’ve launching the NIAC Community Artist Series to spotlight singers, dancers, musicians, and other artists honoring our culture. Today, we are highlighting Wanees Zarour! 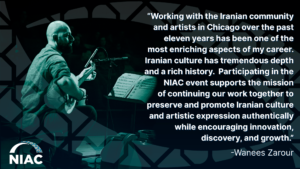 Wanees Zarour, Palestinian-American composer, arranger, and multi-instrumentalist, is the Director of the Middle East Music Ensemble at the University of Chicago (MEME), the Co-Director of the Chicago Immigrant Orchestra, and leader of The East Loop.

You can watch Wanees and MEME’s performance at NIAC’s Norooz 1400 event here. You can also follow Wanees on Instagram.

When Wanees Zarour initially started studying the violin, it was in the Western classical style, however most of what he was listening to and playing on his own, by ear, was Arab and Turkish music. Wanees eventually decided to pursue studying these styles and learn maqam, the modal system used in most of the Middle East and is similar to the Persian Dastgah. He also started learning how to play the violin in the Arabic style and picked up the buzuq, an instrument that is very similar to the Persian tar but has a slightly different shape and is entirely made of wood.

After emigrating to the United States, Wanees became more interested in other types of Middle Eastern music. Wanees has been leading and growing the Middle East Music Ensemble (MEME) for the past 11 years. His approach is to build a cohesive community, facilitating, and making participants feel that their contributions matter. As a composer, Wanees released his first album, Quarter to Midnight, in 2014. He says that much of the arranging style and thought process in putting together this particular album is inspired by Wanees’s work with MEME.  It also draws from the three traditions that MEME performs, Arab, Turkish and Persian.

Wanees has been in Chicago for 19 years. The music scene there is very lively and diverse, and he’s in a position that allows him to be deeply involved in it.  Being the director of the Middle East Music Ensemble and the co-director of the Chicago Immigrant Orchestra allows him the wonderful opportunity to collaborate with musicians from many extra-American cultures, and to create intercultural dialogue. The Chicago Immigrant Orchestra for example is a platform that strives to involve all Chicago musicians who represent the world we live in, at our current formation–they have a Mongolian throat singer, an Indian veena player, a Peruvian percussionist, and vocalists from Iran, Nigeria, and India amongst others. The music scene in Chicago is not as bustling as New York’s, but it is, in Wanees’s opinion, one of the best incubators of creative initiatives in the US because Chicago’s musicians are very willing to explore, experiment and take risks.

A wide range of artists, concepts, ideas, or movements have influenced Wanees’ work since he draws from many genres and music from different regions that, in turn, have other wide-ranging influences. Mohammad Reza Shajarian and Marziyeh are Wanees’ favorite Iranian vocalists, and he’s grown to love Marziyeh’s style of singing. In Wanees’ view, she is a powerful singer who was a true trailblazer, she was very innovative while maintaining a great level of authenticity. In addition, Majid Derakhshani is not only Wanees’ favorite Iranian composer, but he is also one of his favorite composers in general. Whether composing music for film or simply arranging for five minutes or five weeks, Zarour is keen on maintaining authenticity in his work. Hence, he aims to reach his intended audience by getting the community closer to their traditions, bringing the community together through nostalgia, and helping families feel closer by immersing them in their homelands’ cultures and musical traditions.

In addition to leading MEME and the Chicago Immigrant Orchestra, Wanees is also the founder and leader of The East Loop, an ensemble that combines the jazz and maqam traditions, with an album set to be released in 2022.

For those who want to follow in his footsteps, Wanees says, “be open to others, other traditions, be humble, and listen and learn.”