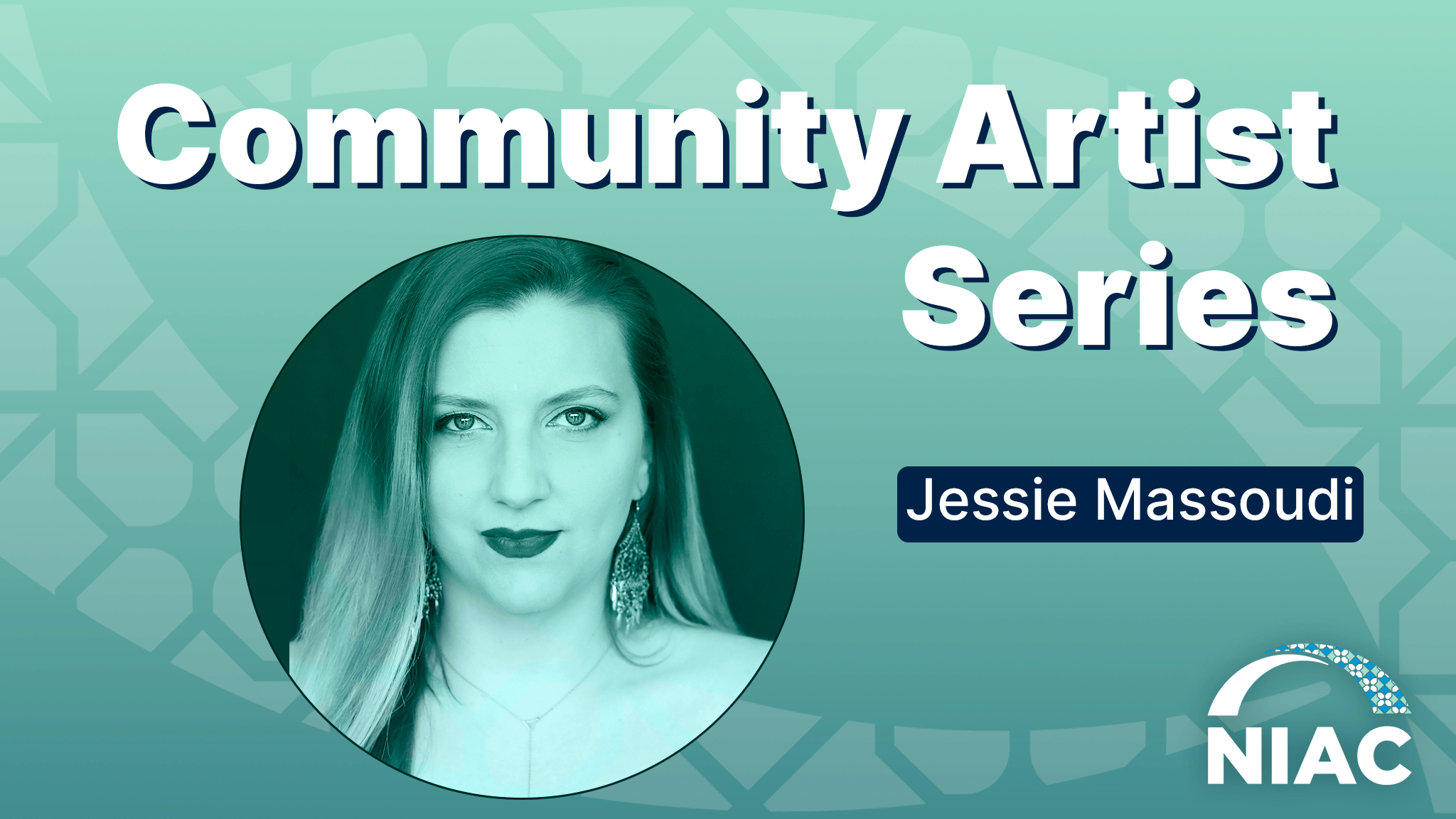 Art and culture are integral to the Iranian-American experience. We at NIAC are so grateful to the artists that performed at our virtual events since the pandemic began to help us virtually build community and celebrate our heritage. To show our appreciation, we’ve launching the NIAC Community Artist Series to spotlight singers, dancers, musicians, and other artists honoring our culture. Today, we are highlighting Jessie Massoudi! 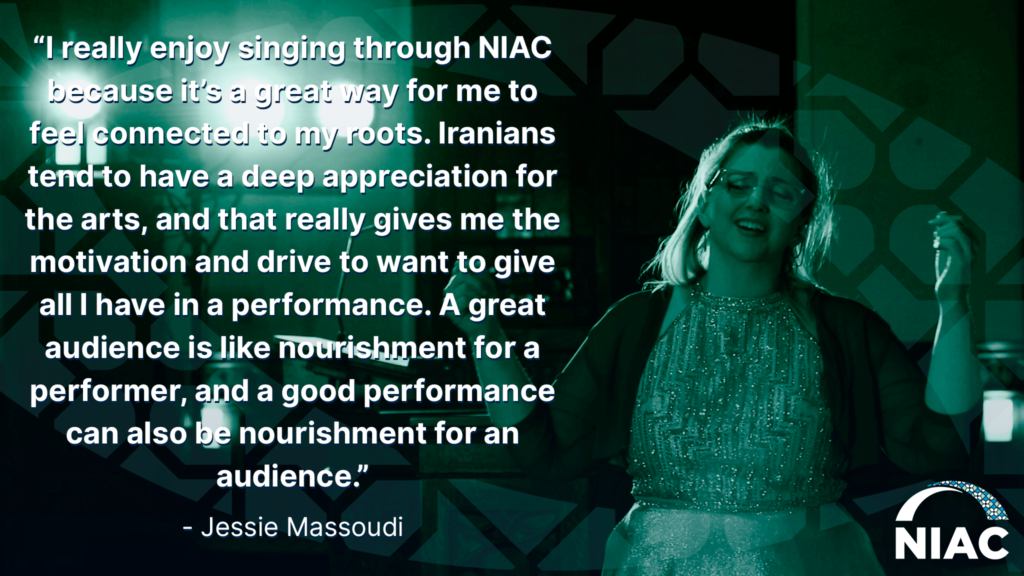 Jessie Massoudi is an Iranian American soprano singer and native of Southern California. You can learn more about her work by checking out her website and following her on Instagram. Check out her performance at NIAC’s Norooz event here.

Growing up, Jessie loved Mariah Carey and Toni Braxton in particular for their vocal styles — so much that she would walk around her Southern California neighborhood with her Walkman listening to their music. The music of choice would be Michael Jackson, Duran Duran, Ace of Base, and Janet Jackson at family parties. When Britney Spears burst onto the scene in the late 1990s, she felt influenced by Britney’s music and her personality and character. Jessie says, “I drove my voice teachers mad because I loved so many genres of music, and they couldn’t keep up with me.”

Jessie didn’t know about opera until she was in college while taking voice lessons. At first, she noticed that people were dropping out of opera classes because opera singing is tricky. Then, one of the teachers approached Jessie to play a role in opera singing — then she was hooked. Opera singing challenged her how far she can take her voice, how far she can take herself — resulting in beautiful music. The song Jessie sang at NIAC’s Norooz event was actually written by another Iranian American whose style matched her voice and aesthetic. “It isn’t easy to find classical Persian music that’s built for soprano voices,” observes Jessie.

As Jessie progressed in her career in opera singing, she never allowed herself to lose her passion for other genres. She always wanted to mix different genres of music since she wanted to bring her sound into things, but she found that she couldn’t do that with opera. So musical theater was especially appealing since she always liked playing strange characters. Jessie has performed at a wide variety of shows, allowing her to broaden her talent in storytelling and singing: shows where she creates a character of her own making and shows where she must play a very famous character which everyone expects her to play the character they want. Naturally, her favorite type of musical theatre is where she would create her character, figure out where they’re coming from, and tell that character’s story.

Whether working on musical theatre, plays, or opera, Jessie starts her creative process by first reading through the script and music. She tends to go on YouTube to watch every performance and find the people who play the characters she assigned to feel that character intensely. She acknowledges that some performers don’t like to watch other performers. Still, when she performs on stage, Jessie says, “I have an out-of-body experience that I feel like a character in a cartoon, and all my movements are watching them from the audience in a way it feels like one big orchestra. It’s more like we’re like one entire story together, directors, audience, actors — we’re all experiencing this together.”

Collaborations with other musicians and singers are also crucial to Jessie’s creative process. The more the people she’s working with are enjoying themselves, the more fun her characters are, as she likes people who have a passion for what they’re doing and are there for the same storytelling reasons as her, believing in something bigger than themselves. Jessie also likes those looking to music & performing to tell stories, involve audiences, and have a deeper purpose for performing. The performing arts are a great way to escape from everyday stresses and find new meaning beyond the daily routine. “If you put on a good entertaining character, people will come back to watch again,” Jessie says.

Alongside her job as a math tutor, Jessie is always looking for collaboration with other Iranian American musicians and dancers. If anyone’s interested, feel free to reach out to her via her website or on Instagram. She’s trying to keep up with her Iranian American heritage and doesn’t want to do it alone. She also seeks to diversify her repertoire of opera performances with strong female characters. “I love seeing people explore their art,” Jessie says. “I always put performing first because I can’t live without it.”