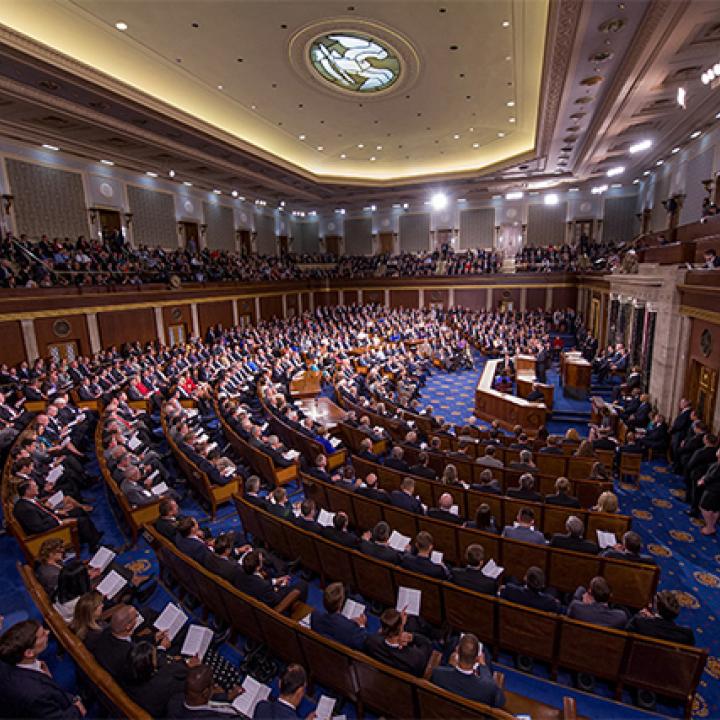 It is the final legislative week of the year and Congress has yet to formally take action to condemn Iran’s brutal crackdown on protesters, which has now entered its fourth month with over 400 protesters killed and 18,000 arrested. Only one legislative proposal still has a chance of passing Congress: the bicameral, bipartisan resolutions H.Con.Res. 110 and S.Con.Res. 47 led by Reps. Tom Malinowski (D-NJ) and Claudia Tenney (R-NY) and Sens. Bob Menendez and Marsha Blackburn (R-TN).

The fact that many legislators with differing opinions over the years on negotiations with Iran can come together to condemn the Islamic Republic’s abuses is a strength – and one reason it still has a slight chance to pass in these final days of the 118th Congress.

Unfortunately, we have learned that at least one Republican Senator is standing in the way of the resolution advancing with unanimous support, despite it having sailed through both the Senate Foreign Relations Committee and House Foreign Affairs Committee with full support.

National Iranian American Council Action has strongly and proudly backed these resolutions because they are comprehensive, substantive and can pass. They:

There are no substantive reasons why Congress can’t pass these resolutions, which raise up the bravery the people of Iran show every day in challenging their authoritarian government. Speaking with one voice in condemnation of the Iranian government’s brutality would help ensure that on human rights, Democrats and Republicans are united in support of the people of Iran. Moreover, it encourages productive steps from Biden to expand internet access and target more officials with sanctions.

There are many other legislative vehicles that have been offered responding to the Iran protests – none have a chance of passing this Congress. This includes the MAHSA Act offered by Rep. Jim Banks, which does very little. The bill requires the Biden administration to report on whether Iran’s Supreme Leader, and his office, should be subject to additional sanctions designations. However, the Trump administration already subjected these targets to sanctions, which are still in place. The bill is only led by Republicans in the House and thus has no chance to pass this year. Even if it did, it would likely change very little, so NIAC Action has not taken a position on it.

A separate letter, led by Rep. Ro Khanna and supported by NIAC, lays out other creative proposals for the Biden administration. It encourages the Biden administration to allow Iranian Americans in the United States to financially support family members on the ground in Iran, through a process known as remittances. Khanna’s letter also called for more visas for people whose lives have been threatened by the Iranian government, to expand internet access on the ground and to investigate whether Iranian officials perpetrating human rights abuses are using family members to bypass sanctions.

After this week, Congress will conclude its business and any legislative progress will have to restart in the New Year. If Congress does not weigh in on the Iran debate this week, the new Congress with a Republican House majority and Democratic Senate majority will have a chance to weigh in. It is unclear when, and if, they will be able to do so.