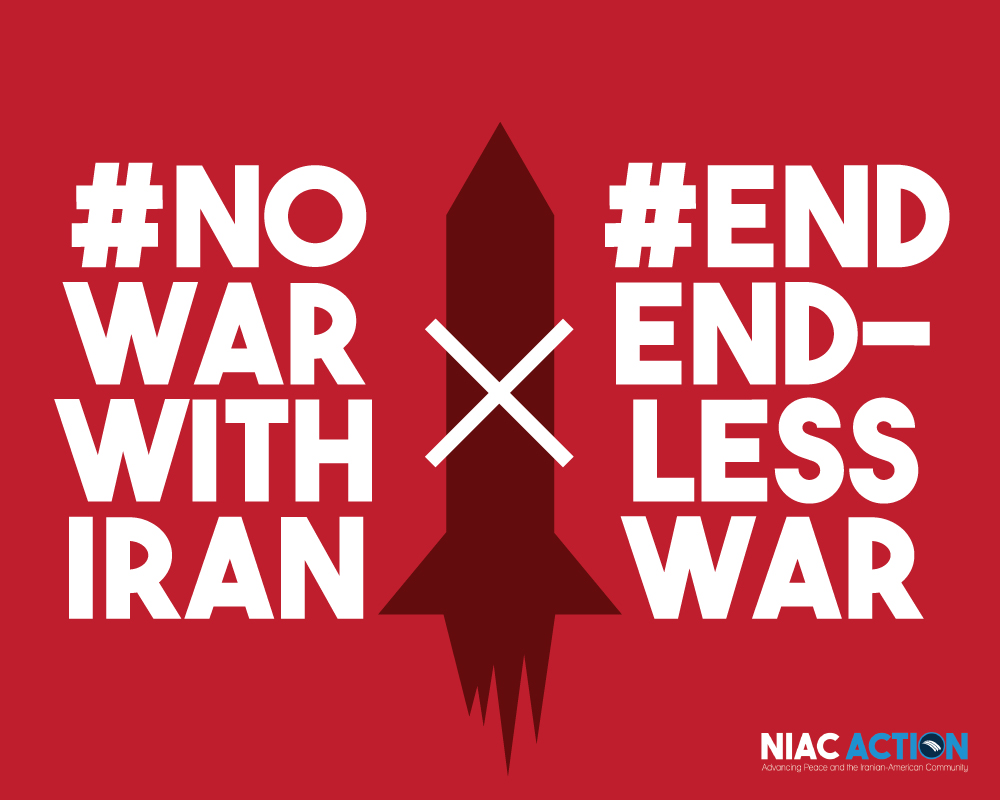 Reps. Ro Khanna (D-CA) and Seth Moulton (D-MA) are planning to offer an amendment to the National Defense Authorization Act that would block funds for a war and clarify that no Congressional authorization exists. This is a good amendment, and there is a narrow path to get it signed into law. Unfortunately, there are many pro-war voices in Washington DC who are going to try to stop it. We need to be louder than them.

That’s why we need you to tell your Member of Congress to support the Khanna-Moulton amendment.

“I am deeply concerned by John Bolton’s threat of ‘unrelenting force’ against Iran as well as President Trump’s ominous warning that he would ‘end Iran’ in a war. The American people do not want another disastrous war of choice in the Middle East. Will Rep. XXXX vote for the Khanna-Moulton amendment tomorrow to block an unauthorized war with Iran?”

If yes: “That is so great to hear. I am proud to hear that my legislator is standing up against an illegal and disastrous war against Iran.”

If no/noncommittal: “That is very concerning to hear. The amendment merely protects Congress’ power to declare war, while preventing the Trump administration from following through on its threats to start a disastrous war. Will you urge Rep. XXXX to vote yes on the Khanna-Moulton amendment?”