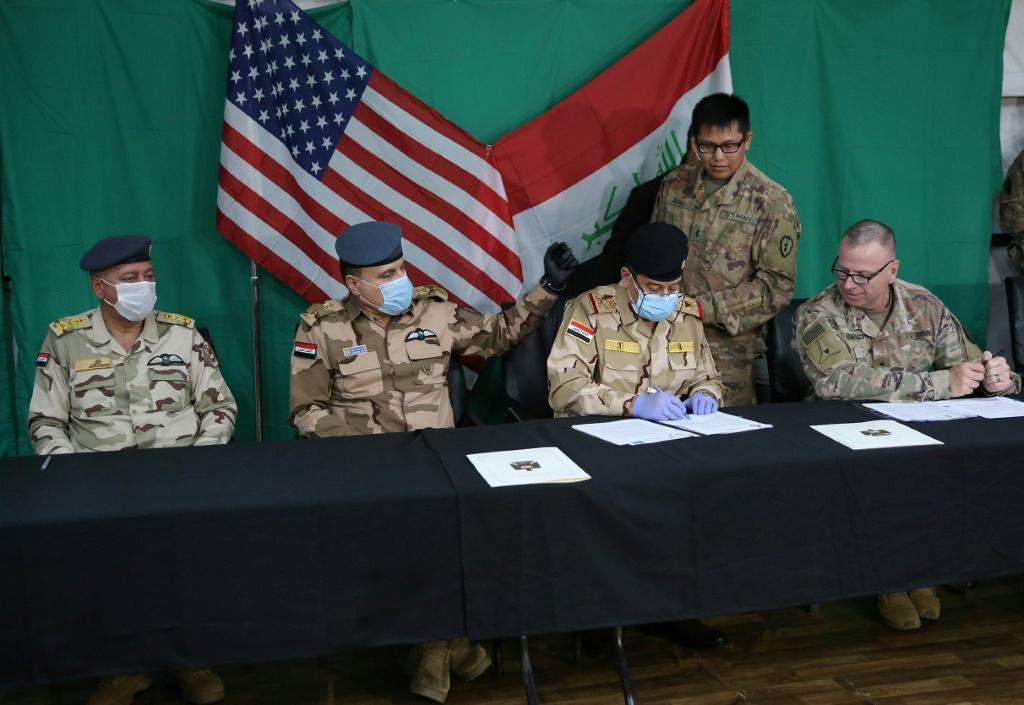 Mousavi stated: “They wanted him to die in Iran so they could take advantage of his death.”

White contracted COVID-19 while in prison and was furloughed at the Swiss embassy in Tehran for the weeks leading to his release.  Mousavi said that Brian Hook made “efforts so that Iranian prisoners in the U.S. and Mr. White would not be freed and exchanged.”

After White’s release, U.S. President Trump tweeted that Iran could reach a “bigger” and “better” deal with him. Afterwards, Hossein Jabari Ansari, the foreign ministry’s parliamentary deputy, stated: “We hope that in the coming days we can witness the freedom of all Iranians who are held around the world and in America. We are using all our capabilities toward this end.”

However, Judiciary Spokesperson Gholam Hossein Esmaili then issued a rebuke, stating: “The Judiciary is the overseer of the issue of prisons and prisoners.  It is not possible to negotiate on the prisoner issue without coordinating with the judiciary, let alone exchange them.”

However, after Esmaili’s remarks, the foreign ministry again said Iran was open to further prisoner swaps. He said it was possible that the U.S. and Iran would exchange more prisoners.

An article in the conservative Kayhan newspaper addressed the start of “strategic” U.S.-Iraq talks in Baghdad. The talks will chiefly determine the fate of the U.S. military presence in the country.

In January, the Iraqi government passed a resolution calling for the expulsion of foreign troops from the country. This came after the U.S. assassination of Iranian General Qassem Soleimani and Iraqi military commander Abu Mahdi al-Muhandis. The parliamentary vote was followed by a massive demonstration in Baghdad protesting the U.S. troop presence in the country.

The Kayhan article said that the U.S. does not intend to leave Iraq. It stated: “America will do anything to toss aside the Iraqi parliament’s resolution and continue its occupation [in Iraq]. From attacking peoples’ lives with rent-a-crowd thugs and burning the embassies and consulates of Iran to threatening Iraq’s security and economy.”

Kayhan said the U.S. will use these negotiations with Iraq to “preserve its presence in Iraq.” It said the talks are a “trap” for Iraq.

Kayhan said the decision will be with the Iraqi government, but it must be attentive to a number of factors. It stated: “Distancing from the resistance [Iran and its allies] means putting aside one of the most important components of power and security in Iraq. It means writing off the source that destroyed ISIS to meet the demand of the source that created ISIS! This means the return of insecurity to Iraq.”

Kayhan then asked: “Can economic blossoming occur without security?”

Kayhan says that if Iraq chooses the U.S., it will neither have security or economic prosperity. It added that America has had a presence in Iraq since 2003, and that “if America’s presence was going to improve the situation,” Iraq would not have economic problems today after 17 years of U.S. military presence.

Kayhan said that the U.S. will try to drag out the negotiations with the Iraqi government. Kayhan says the goal would be to “cancel” the Iraqi request for U.S. troops to leave or “delay it for a longtime.”

Kayhan said that a solution would be to set a “timetable” for the negotiations. The negotiations would have to reach some result by the end of this timetable, Kayhan stated.

Kayhan said new Iraqi Prime Minister Mustafa Al-Kadhimi has “difficult work” ahead. But the paper said he “should not forget that many of Iraq’s current problems are due to the American presence in the country.”

Kayhan stated that Iraq can overcome its security and economic problems by expelling U.S. troops. It stated regarding U.S. threats to sanction Iraq: “A country that takes a nation hostage with the weapon of sanctioning the people’s livelihoods and says that continuing its occupation is the only path to maintaining the people’s comfort. Should this country be kept or expelled?”

Outrage in Afghanistan After Migrants Killed

A vehicle that was carrying foreign immigrants and being pursued by police crashed in Yazd province.  The vehicle caught on fire after the crash, leading to the deaths of several on board.

According to Afghanistan’s embassy in Tehran, 13 Afghan citizens and one Pakistani citizen were in the vehicle. Three were killed in the crash and four others were taken to a hospital in Yazd.

The Afghan foreign ministry has said in a statement the incident was due to a “traffic accident.” The statement added that the ministry is in contact with Iranian officials to get “accurate and precise information about how this accident happened.”

There was uproar in Afghan social media after the incident, accusing Iranian authorities of killing the Afghans. One hashtag that circulated referenced one survivor of the crash, a teenage boy who is seen in a video partially burned and asking for water.

Iranian officials have said the vehicle was pursued by authorities after it failed to heed warnings to stop. Ahmad Tarhami Bahabadi, the political deputy for Yazd’s governor, stated: “We received reliable intelligence that several vehicles containing undocumented immigrants and illicit drugs were travelling from the city of Annar to Yazd province. Thus, the police force in the city of Mehriz tightened control over the route these vehicles would have to take.”

As part of this operation, Bahabadi said three vehicles were stopped, and two vehicles fled. After these fleeing vehicles did not heed warnings to stop, the police fired bullets at their tires.

Bahabadi denied that the vehicle that crashed caught on fire due to having its tires shot. He stated: “Based on eyewitnesses and evidence, the vehicle caught on fire after continuing to drive for more than 8 kilometers after its tires were shot at. Because it was going so fast and it hit the guard-rail, the sparks created a fire. This had nothing to do with the tires being shot at.”

Bahabadi said that “three undocumented immigrants” who were in the trunk of the vehicle died after it caught on fire. Eight others were taken to a hospital, of which four have recovered and have been discharged.

This is the second incident in recent weeks to strain Iran-Afghan relations. Several weeks ago, many on Afghan social media accused Iranian border guards of throwing Afghan migrants into the Hari River on the border. As covered in a previous issue of Iran Unfiltered, Iranian officials denied this took place and have launched a joint investigation along with Afghan authorities.

Regarding the border incident, this week an Iranian official stated that an investigation showed that Iranian forces had no role in the Hari River incident. Mohsen Baharvand, a foreign ministry official involved in talks with his Afghan counterparts, said there is no evidence of Iranian authorities having a role in the deaths of the Afghans.

He stated that he is in ongoing talks with his Afghan counterparts on improving border security. In his recent trip to Kabul, the following issues were emphasized: “countering human trafficking, illicit drugs, combatting terrorists, and preventing undocumented human traffic.”

Over the past several decades, Iran has hosted millions of Afghan refugees as the country descended into chaos and war. Iran has provided free health insurance and education to these refugees.

Sivanka Dhanapala, the head of the UN High Commissioner for Refugees in Iran, has proclaimed: “The leadership demonstrated by the Iranian government has been exemplary in hosting refugees and keeping borders open.”

Nevertheless, many Afghans in Iran face discrimination. Although they speak Dari, a dialect of Farsi, some Iranians look down upon Afghans and hold racist attitudes toward them.

Central Bank Governor Abdolnaser Hemmati says South Korean banks are not letting Iran access its funds for humanitarian purchases. Iran has billions of dollars’ worth of revenue from oil exports frozen in South Korean banks due to U.S. sanctions.

According to Hemmati, Iran is currently unable to use these funds to purchase food, medicine, and other goods technically exempt from U.S. sanctions. Hemmati stated: “It is appalling to see that Korean banks have conveniently neglected their obligations, common international financial agreements, and decided to play politics and follow illegal and unilateral U.S. sanctions.”

Hemmati said that Iran could launch “legal action” to gain access to the funds.

Akbar Tabari, a former executive deputy in Iran’s judiciary, has gone to trial for financial corruption and accepting bribes. 22 others are implicated in the case against him, including two prominent judges.

In his second day at court, Tabari dismissed all the charges against him. Tabari served in the judiciary for over 20 years, including as head of the financial affairs division. He was removed from the judiciary in early 2019 and was arrested in July of that year by the IRGC’s intelligence agency.

Some have said his arrest is a result of infighting between current Judiciary Chief Ebrahim Raisi and former Judiciary Amoli Larijani. However, Amoli Larijani has denied having close ties with Tabari.

Regarding alleged bribes to him, Tabari said at court the alleged bribes were gifts from friends who were willing to give him anything. He told the court: “If you don’t have such friendships, that has nothing to do with me.”

Iran is currently in the midst of an anti-corruption drive spearheaded by Judiciary Chief Ebrahim Raisi. Ayatollah Khamenei ordered the creation of special anti-corruption courts in 2018.