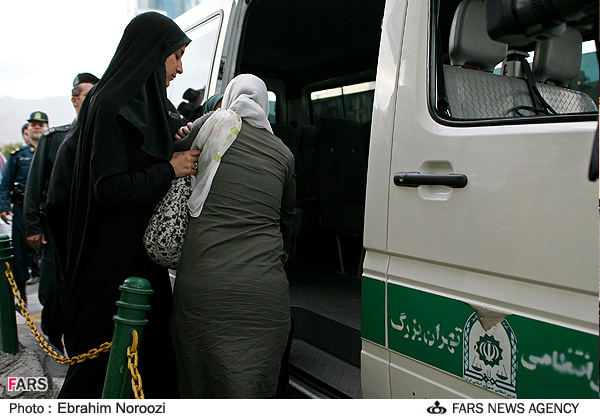 U.S. State Department Spokesperson Ned Price said that Iran has introduced demands that go beyond the JCPOA in recent negotiations. He said this reflects a “lack of seriousness” from Tehran and added that another round of talks is not currently planned.

On July 6, the Biden administration also announced new sanctions targeting Iran’s oil sales. These sanctions were imposed on individuals and entities in Iran, the UAE, and Hong Kong.

Meanwhile, Iran’s Foreign Minister Hossein Amir Abdollahian rejected that Tehran has made any demands outside of the confines of the original JCPOA. Speaking at a press conference with his Qatari counterpart in Tehran, Abdollahian emphasized that Iran wants “all obstacles” for Iran economically benefiting from the JCPOA to be removed.

Abdollahian also said in a phone call with his French counterpart this week that the U.S. came to the recent Doha talks without any new proposals. However, Rob Malley, the top U.S. negotiator in the nuclear negotiations, said the U.S. had supported a proposal from the EU in Doha. He stressed that Iran made new demands that have no connection to the original nuclear deal.

Against this backdrop, Iran’s top nuclear negotiator Ali Baqeri made comments about Israel on the eve of the Israeli prime minister traveling to France. Baqeri said that “Israel cannot dream of attacking Iran” and that if it does, “it won’t wake up from this dream.”

Of note, France is a party to the nuclear talks and in recent weeks French President Emmanuel Macron has called on President Biden to allow Iranian oil to enter international markets.

Over the past several weeks, there has been an increase in the presence of morality police enforcing mandatory hijab in many Iranian cities. This comes as the Ebrahim Raisi administration and other institutions are adopting stricter measures to enforce compulsory head coverings for women in public, while other officials and members of parliament are criticizing these moves.

On July 6, Raisi issued an order to “urgently implement” a 2004 law on enforcing mandatory hijab. Meanwhile, some Iranian companies and institutions such as the Central Bank are imposing stricter rules for hijab observance and threatening to deny services to women who have “improper” attire.

Meanwhile, the deputy prosecutor of Mashhad sent a letter to the city’s mayor saying that women without “religious hijab” should be prevented from riding the metro. In response, the mayor said such an action has “no legal support” and would have “consequences,” but added that judicial officials are “insisting on it” and that the “grounds” for implementing this measure will be prepared.

MP Mohsen Pirhadi, who represents Tehran, wrote a letter on July 7 to the city’s police chief criticizing the morality police’s methods for enforcing hijab. He said there have been many complaints from “women and families,” women have been “humiliated and been treated inappropriately,” and physical force has been used in some cases.

Iran’s mandatory hijab law was established in the wake of the 1979 Islamic Revolution. The government’s efforts to enforce this law have been widely criticized by broad segments of the population, including by some conservatives.

For example, on June 14, the conservative Resalat newspaper wrote: “Not only have the morality police failed to protect the hijab, but they have spread the seeds of hatred between different segments of society.”

IRGC-affiliated outlets on July 6 said that the IRGC’s intelligence organization had arrested several foreign diplomats for engaging in acts of espionage. The UK’s Deputy Ambassador to Iran Giles Whitaker was identified as one of these diplomats.

Fars News, which is close to the IRGC, said that Whitaker was arrested in the Shahdad desert in central Iran. The outlet said he was collecting “soil samples” from a “restricted area,” and was being monitored from afar by IRGC drones.

Fars added that Whitaker “apologized” after being detained and was expelled from the Shahdad desert region. The outlet did not specify when this took place or who the other foreign diplomats allegedly arrested were.

Iran’s Arabic-language news outlet Al-Alam released a photograph of a blindfolded Whitaker being taken to a car.  Iranian state television also aired footage of him at the Shahdad desert with a white van.

In response, the British government denied that any of its diplomats in Iran have been arrested. British Ambassador to Iran Simon Shercliff tweeted: “These reports that our Deputy Ambassador is currently detained are very interesting…He actually left Iran last December, at the end of his posting.”

A day after the Iranian news reports about the alleged arrest, the UK’s Royal Navy said it had “seized smuggled Iranian missiles in international waters south of Iran.” The statement said this occurred earlier this year.