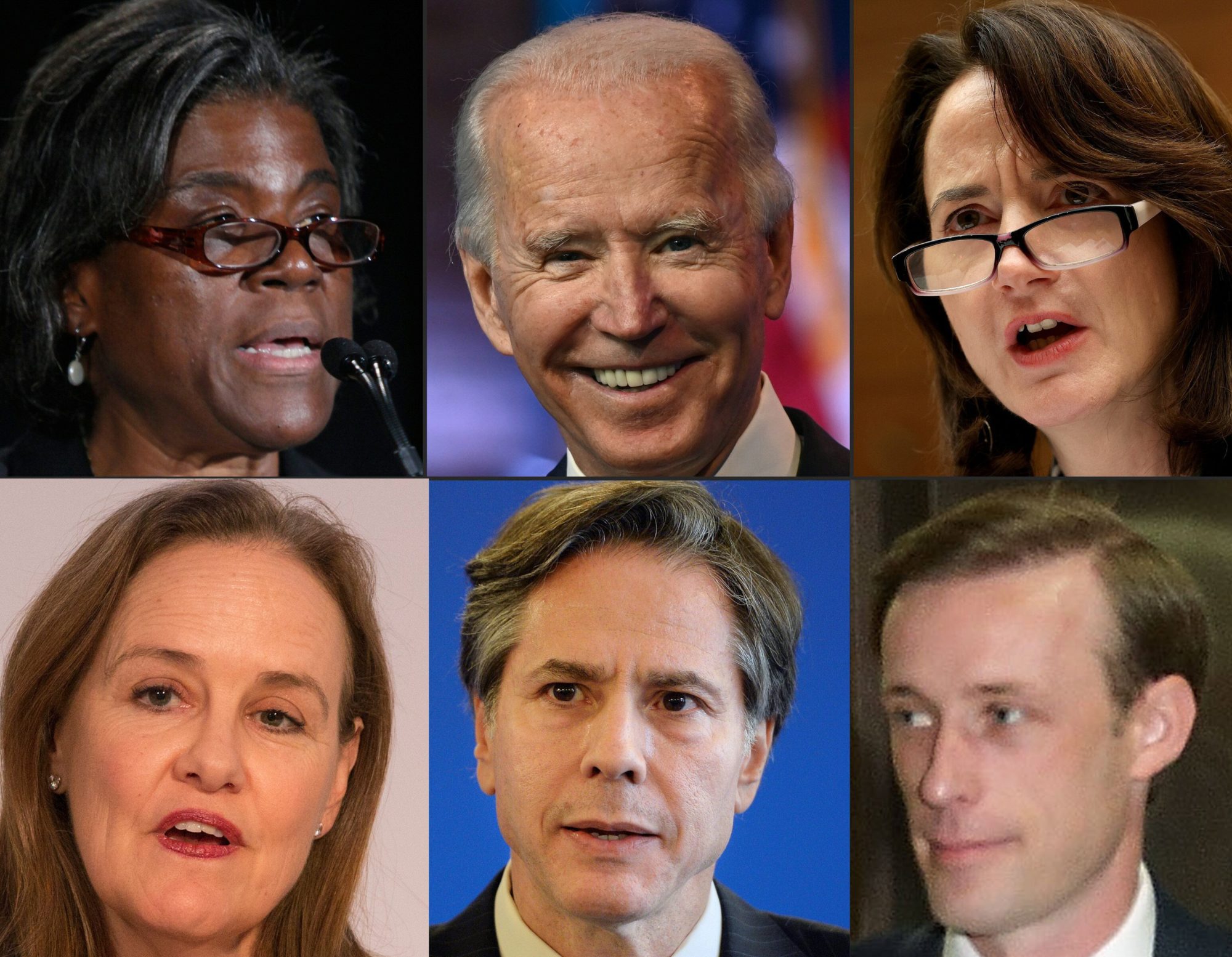 Biden/Harris Transition Update: Maximizing Our Voice in the Months Ahead

We wanted to share a quick update on recent revelations about who will serve on the incoming Biden Administration’s national security team, as well as what to expect in the closing days of the Trump administration.

First, we are very optimistic about Joe Biden’s decision to nominate Antony Blinken as Secretary of State and appoint Jake Sullivan as National Security Advisor. Blinken was a long-time Biden adviser and John Kerry’s former number two at the State Department during the nuclear negotiations, and has consistently supported returning to the JCPOA. Sullivan helped lead the backchannel negotiations in Oman that led to the interim nuclear deal in 2013, and has written recently on how to engage Iran on twin tracks of nonproliferation and regional security. Both are capable and experienced officials who can step into the job while recognizing the opportunities and restraints involved in serious negotiations with Iran. Moreover, they will be supported by many other seasoned foreign policy officials who helped craft the agreement in 2015 and eager to build on it through diplomacy.

We believe these selections reinforce and will help realize Biden’s commitment to return the U.S. to compliance with the nuclear deal and the negotiating table with Iran. We continue to champion a quick, compliance-for-compliance return to the nuclear deal that can restore America’s diplomatic credibility and halt Trump’s failing pressure-only approach that has harmed the Iranian people for no gain.

However, we are concerned by some of the machinations of the outgoing Trump administration. In recent weeks, Trump has reportedly requested military options to strike Iran, with Secretary of State Mike Pompeo consulting with Israel and Saudi Arabia’s leaders while proclaiming that “all options” are on the table to counter Iran. At the same time, new sanctions continue to be added with the apparent goal of tying Biden’s hands. In their desperate bid to obstruct diplomacy that the American people favor, there are real risks of escalation in Trump’s waning days in office.

We are working strenuously during the transition to ensure Trump cannot do more damage, that we can be confident of the moves the Biden transition is making, as well as to ensure Iranian Americans have strong opportunities to work in the new government. Thank you for your support and we will continue to keep you up to date as the transition moves forward.