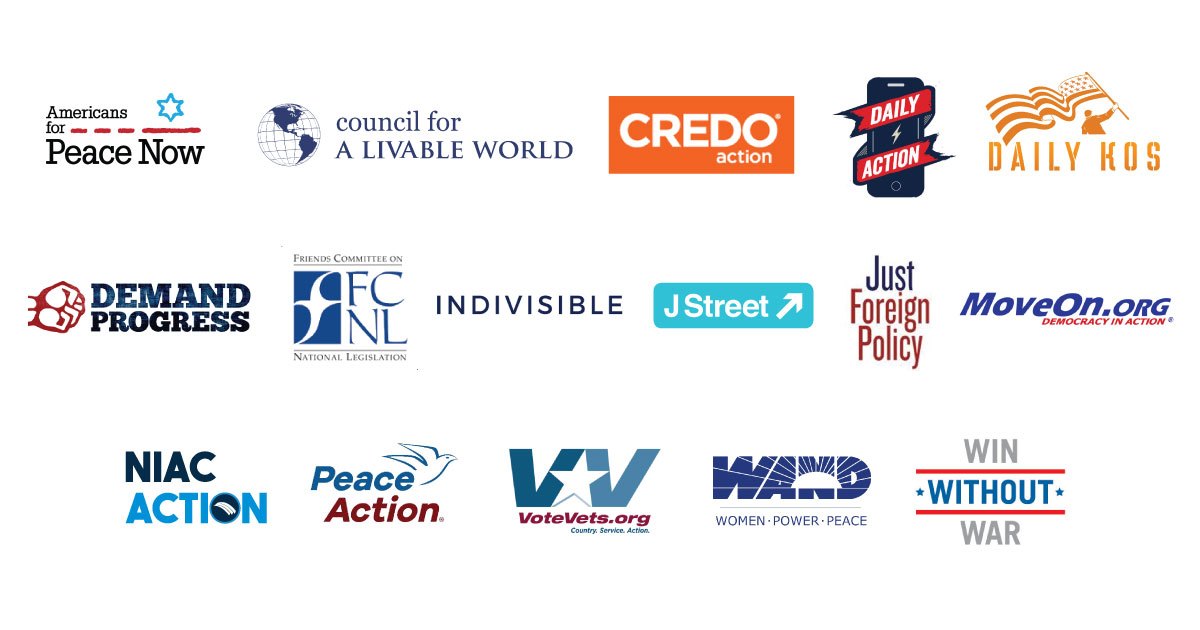 Trump Must Renew Waivers on Iran Sanctions on September 14th, Certify the Nuclear Deal to Congress on October 15th

WASHINGTON, D.C. — In a new letter sent to members of the House of Representatives and Senate this morning, anti-war organizations representing tens of millions of Americans are urging Congress to do everything within their power as a co-equal branch of government to prevent Donald Trump from dismantling the Iran nuclear deal and putting the U.S. on a path to war with Iran.

The letter, signed by NIAC Action, Americans for Peace Now, Council for a Livable World, CREDO, Daily Action, Daily Kos, Demand Progress, Friends Committee on National Legislation (FCNL), Indivisible, J Street, Just Foreign Policy,  MoveOn.org, Peace Action, VoteVets, Women’s Action for New Directions (WAND) and Win Without War warns that, while the JCPOA has blocked Iran’s pathway to a nuclear weapon, the Trump Administration appears inclined to renege on U.S. commitments under the agreement, which could terminate the accord and plunge the U.S. into an eventual war with Iran. The letter reads, in part:

Americans are all too familiar with the consequences of a war of choice in the Middle East following the war in Iraq. Thousands of our brave men and women in uniform were killed, tens of thousands more were wounded, hundreds of thousands of innocent Iraqi lives were lost and taxpaying families have shouldered trillions of dollars of debt. And still today, the fallout from the invasion is undermining U.S. national security.

A war against Iran, with more than twice Iraq’s population and nearly four times its size, would likely be more devastating. Abandoning a diplomatic success and launching another costly war of choice would be rightly seen as one of history’s great blunders, devastating America’s standing and security while destroying countless lives.

Iran engages in harmful non-nuclear behavior that poses challenges to the United States and the region. Yet the most successful effort to resolve challenges with Iran has been through diplomatic engagement, which produced the historic Joint Comprehensive Plan of Action (JCPOA).

The JCPOA is successfully blocking Iran’s pathways to a nuclear weapon, re-obligating the Iranian government in perpetuity to never acquire a nuclear weapon and to permit intrusive inspections. Iran’s compliance has been repeatedly and consistently certified by the International Atomic Energy Agency and supported by the assessment of the U.S. intelligence community.

”Donald Trump is on the brink of provoking an international crisis that would pit the U.S. against our closest allies and put us on a path to war with Iran,” said Jamal Abdi, NIAC Action Executive Director. “The last thing Americans need is for Donald Trump to make himself a wartime president and Congress must do everything in its power to make sure that does not happen.”

The letter comes as President Trump has suggested the U.S. will unravel the nuclear agreement ahead of two key upcoming deadlines, even as international nuclear inspectors continue to confirm Iran’s full compliance with the accord. Trump must actively renew waivers on Iran sanctions to uphold U.S. commitments under the nuclear deal on September 14th. Trump must also certify the accord’s status to Congress on October 15. He has indicated he will not do so, which would trigger an expedited process in Congress to reinstate nuclear sanctions in violation of the JCPOA.