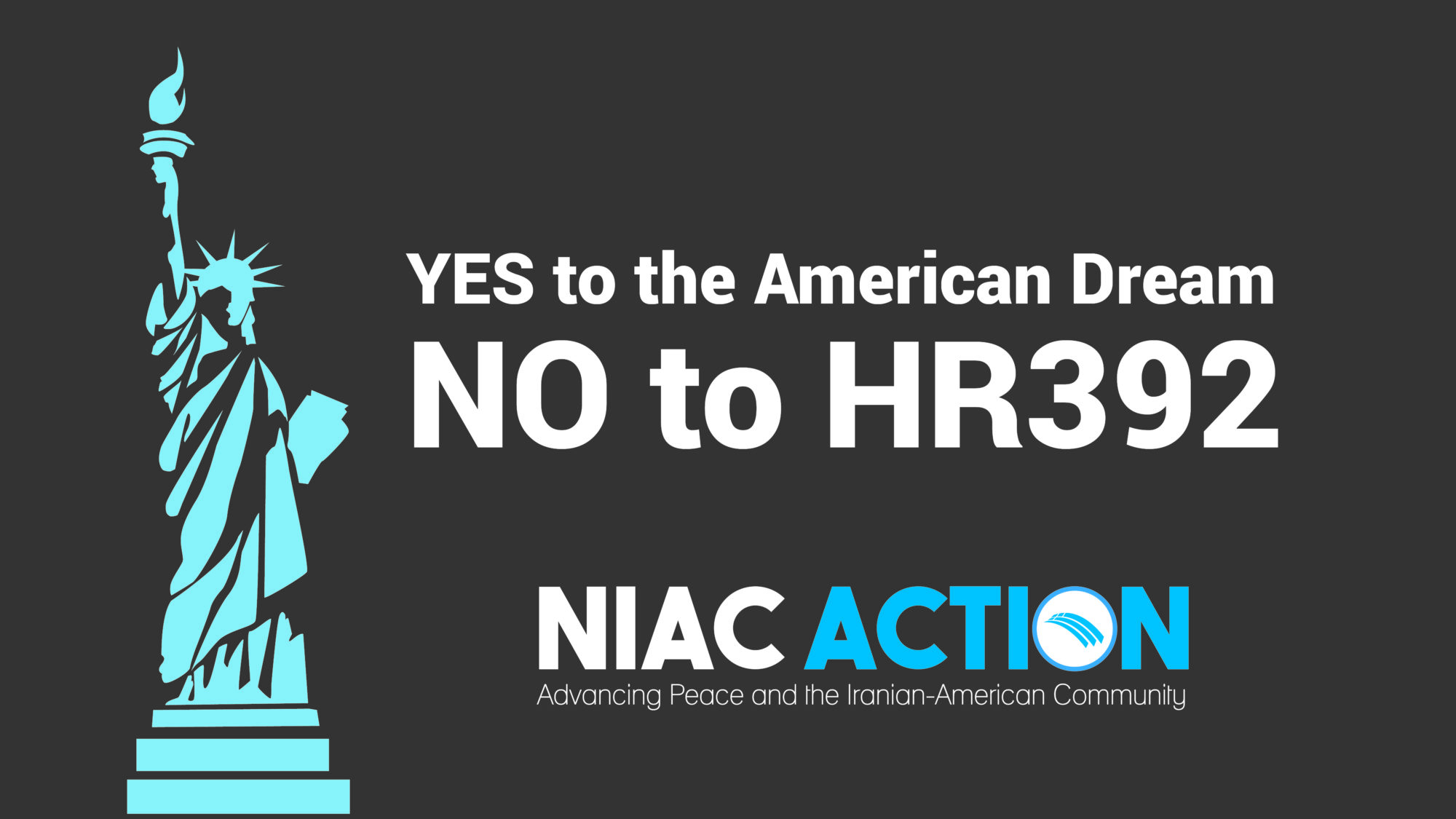 A Toolkit for Advocating Against H.R. 392

Below you will find a toolkit to help you advocate against The Fairness for High-Skilled Immigrants Act of 2017 (H.R. 392 & S. 281) and similar legislation when you meet with lawmakers. It will give you the strongest argument and provide you with details (what, when, why, how) that the lawmaker or staff may ask to help you respond to common questions in the best way.

The Fairness for High-Skilled Immigrants Act of 2017 (H.R. 392 & S. 281) eliminates per-country limits for employment-based permanent residency which will decrease the backlog for a few countries but increase wait times for the majority of nationalities. H.R. 392 was inserted into the House version of the 2019 Department of Homeland Security (DHS) Appropriations bill in committee, though has not been added to the Senate’s version of the bill. In order to become law, the House and the Senate would need to pass this language.

H.R. 392 will increase wait times for a green card by years for nationals from smaller countries. This will disproportionately impact Iranians and other nationals from Muslim Ban countries because many find themselves on single-entry visas with their families banned. This means they will remain unable to visit family, potentially up to a decade. Furthermore, the State Department has described country caps as ‘a barrier against monopolization.’

For lawmakers and the media, your personal story about how this would impact you and your hopes and dreams in the United States is your most powerful argument.

If you or someone you know will be impacted by H.R. 392 then tell a personal story. Explain how the changes will impact your life. Maybe your parents are older or in poor health and you need to visit them. Perhaps you have not seen your brother or sister for over 5 years and now it seems it will be even longer if you decide to pursue permanent residency. Focus on how you want to have a positive influence in the U.S. Calmly emphasize your hardships as a result of the Muslim Ban and how this legislation will only make it worse. Then directly ask the lawmaker or staff for help and express your appreciation for any efforts they make in the future.

Responding to Common Arguments in Support of H.R. 392 & Questions

Opponents of H.R. 392 should continue to press their case through the finalization of the appropriations package in November or December in order to prevent passage.

Some legislators had hoped to finish the appropriations process prior to the end of September, raising the prospect that H.R. 392 could be included in a final spending package ahead of the November elections. However, that timeline appears likely to slip as legislators are particularly reluctant to engage in a divisive debate over funding for Trump’s border wall that is also included in the homeland security appropriation. This is positive for those in opposition to H.R. 392, as it appears unlikely that the bill would be rushed into law in September. While there is significantly less support for the measure in the Senate, which would need to sign off on the provision for it to become law, some new Senators have announced their support for the original measure (S. 281) in recent weeks.

It is not necessary to understand this section simply to advocate against the legislation. However, the more you understand the stronger your arguments will sound. Currently no single country can account for more than 7% of green card petitions in a given year. This benefits countries that already fall far below that 7% mark due to small populations or lower rates of emigration. But it creates a backlog for countries that produce a number of aspirant immigrants far greater than 7% such as India or China. Removing per-country limits will lessen the backlog for bigger countries by creating a single line for everyone but it will produce serious strains for nationals from smaller countries who will get stuck behind large numbers of nationals from big countries. This will negatively impact Iranians and other nationals already present in the U.S. but subject to the Muslim Ban. This is because wait times to file an adjustment of status application for a green card will be measured in years and potentially up to a decade for second and third preference categories, which would exacerbate the impact of the Muslim Ban by forcing applicants to choose between pursuing permanent residency or seeing family.

Below you will find a list of senators who have signed onto S. 281. Why does this matter? First, it demonstrates a renewed effort in support of the original legislation. Second, support from legislators in each party makes it appear non-controversial.

Who Should I Meet With?

You should meet with your Congressional representative for the district you live, work, or go to school in and also the senators who represent your state. You can use this website to find out who represents your area: https://whoismyrepresentative.com.

When meeting with Republican offices it is still important to make the Muslim Ban the primary focus of your argument against H.R. 392 but it is best to refer to it as the ‘travel ban’ which is the language typically used by Republicans. Additionally, it is best to reference your eagerness to pursue the economic opportunities and freedoms that the U.S. offers. If you received your graduate studies here then perhaps mention that you want to invest back into the country that provided you with your education. Always circle back to the way that H.R. 392 combined with the Muslim Ban will make these pursuits extremely difficult and separate you from your family indefinitely.

NIAC will organize a week of action to be held October 15-19. It will involve calling office directly, meeting Congressional staff in DC and respective districts, and delivering a petition. This effort is key in demonstrating a large and organized opposition to the legislation. Email [email protected] for more info.