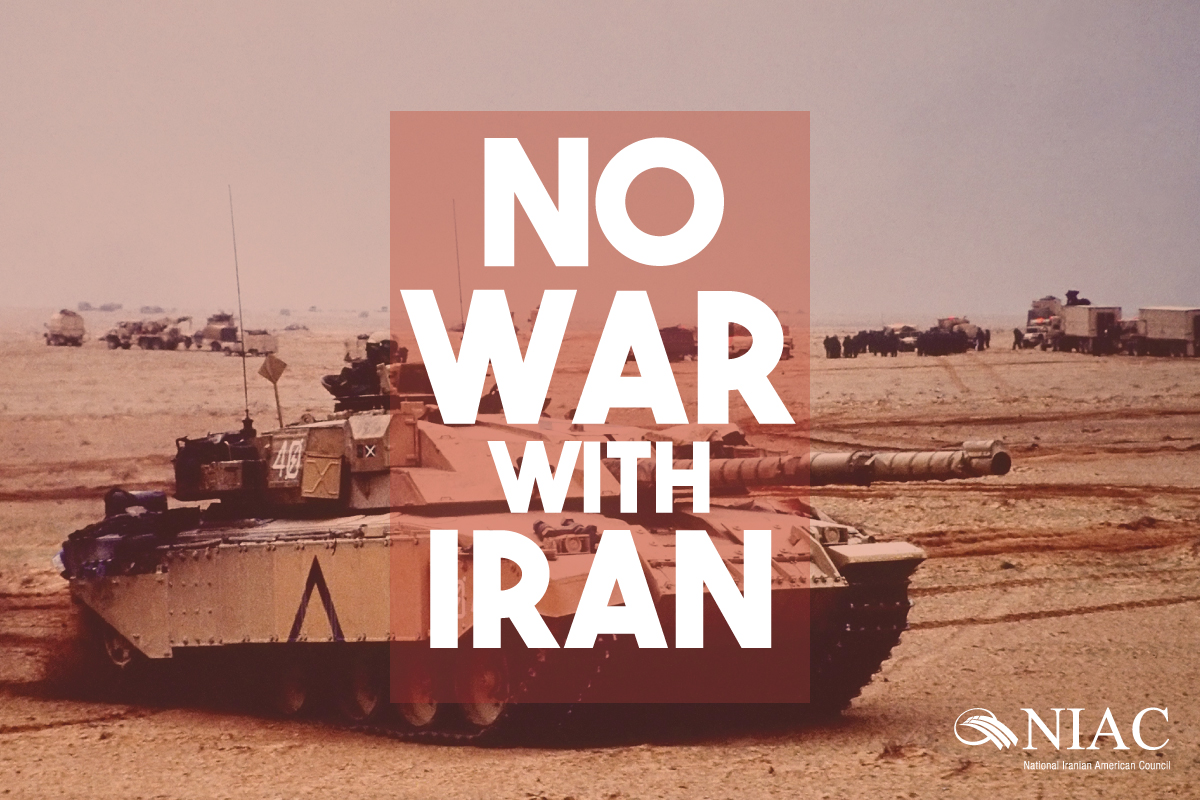 64 Organizations to Congress: Halt a March to War with Iran

Washington, D.C. – In light of President Trump and John Bolton’s dangerous escalations against Iran and a forthcoming intelligence briefing on Capitol Hill this afternoon, 62 organizations – including J Street, Indivisible, NIAC Action and Win Without War – sent a letter calling on Congress to pass legislation to halt a march to war with Iran.

The combined groups, representing millions of Americans concerned about renewed threats of war with Iran, signals a strong desire for Congress to step up and block Trump from leading America into yet another war of choice.

“Last Fall, Americans voted for a new Congress to act as a co-equal branch of government that would finally serve as a check on this president and his reckless impulses,” said NIAC President Jamal Abdi. “Now Trump and his National Security Advisor John Bolton are taking this country to the brink of a completely avoidable military confrontation. It’s time for Congress to turn its words into action by passing legislation to stop Trump and Bolton from starting an illegal war.”

“President Trump’s chaos-first foreign policy centers around his penchant for turning challenges into crises,” said Win Without War Advocacy Director Erica Fein. “His Iran policy is no different: President Obama took us off the path to war, but now Trump and Bolton have put us back on it. It’s time for Congress to put the brakes on a Trump-Bolton war with Iran.”

“If the Trump administration were to launch a war of choice against Iran it would have devastating consequences for the United States, Israel and the entire region,” warned J Street head of government affairs Dylan Williams. “Congress must fulfill its constitutional responsibility by making absolutely clear that the president is not authorized to trigger a new conflagration in the Middle East.”

According to the letter, “As the drumbeat for war grows louder, Congress must fulfill its Constitutional duty and enact further constraints to unequivocally prevent the administration from launching an unauthorized war.” The letter concludes, “The American people do not want another disastrous war of choice in the Middle East. Congress has the chance to stop a war before it starts. Please take action before it is too late.”

Please see the full text below:

Letter No Iran War 64orgs
Back to top