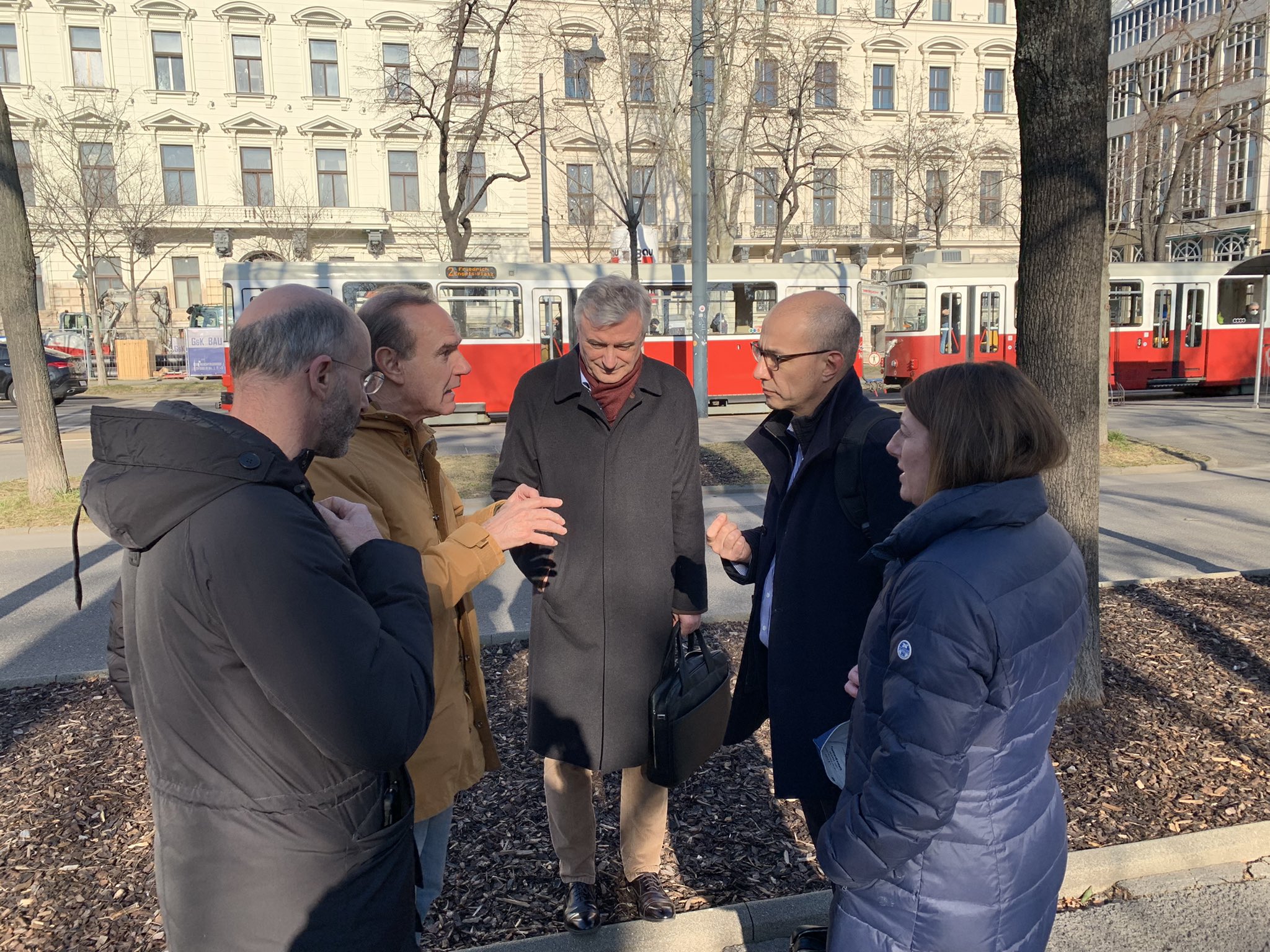 Reports today that eleven months of negotiations aimed at restoring the nuclear agreement with Iran, known as the Joint Comprehensive Plan of Action, are near the finish line. The text of the “Decision of the Joint Commission,” laying out the contours of a U.S. return to the deal and Iranian return to compliance may be completed. Lead British negotiator Stephanie al-Qaq tweeted in Persian “We are very close to an agreement…Now we have to take a few final steps.”

While U.S. officials have asserted a deal is not done and far from assured, one thorny issue appears to remain: IAEA investigations into lingering questions on Iran’s past nuclear activities. IAEA Director General Rafael Grossi is expected to travel to Tehran to strike a deal. If successful, reports indicate a final deal would then be announced in the days ahead.

The roughly 20-page agreement is reportedly broken into three parts: sanctions lifting, Iran’s nonproliferation steps and sequencing. We don’t know the precise details of what is in the document yet, and many opponents of the deal are already seeking to spin the facts. However, the broad contours are well known as the 2015 deal has long been public knowledge.

What sanctions are going to be lifted?

Sanctions that are inconsistent with the nuclear agreement or which were deliberately imposed by the Trump Administration to frustrate any effort by his successor to restore and comply with the agreement will have to be lifted. Many Trump-era sanctions fall within these categories, though the Biden Administration has been clear that certain sanctions related to human rights and Iran’s missile program will remain on the books. Even after the agreement, Iran and certain entities within it – like the Islamic Revolutionary Guard Corps, or IRGC – will remain subject to one of the most stringent sanctions regimes on earth.

Trump himself made Biden’s job far more difficult by imposing a “sanctions wall” to block a restoration of a nuclear accord. This was a deliberate effort from deal opponents to respond to Democratic presidential candidates’ commitment to return to the JCPOA, including the presumptive nominee in Joe Biden.

Writing in April 2019, Mark Dubowitz of the Foundation for Defense of Democracies laid out the strategy that would then be followed to a tee. “Some Democrats promise to return to the Obama deal,” Dubowitz wrote. “Trump can stop them by taking action now.” He encouraged Trump to “build a wall of additional sanctions that a [Democratic] successor could not easily dismantle.” At the time, Iran was still in compliance with the agreement nearly a year after Trump withdrew and reimposed sanctions.

As part of this wall, Dubowitz called for Trump to designate the Islamic Revolutionary Guard Corps as a foreign terrorist organization, despite the opposition of the Pentagon. Trump followed suit six days later in a move that helped push Iran out of compliance with the JCPOA and ratcheted up tensions across the region.

Likewise, Dubowitz wrote that “new central-bank sanctions based solely on terrorism would be more difficult for a future president to remove.” Trump followed suit five months later, undercutting humanitarian trade on the eve of pandemic. The U.S. is obligated to remove Central Bank sanctions – and other sanctions on Iran’s oil and financial sanctions – under Annex II of the JCPOA.

That’s not all. Dubowitz’s approach called for Trump to “hit the regime again with sanctions for terrorism and corruption on the vast wealth held in foundations by Iran’s supreme leader and other insiders.” Trump obliged in June following Iran’s downing of a U.S. drone that was on the edge of Iran’s airspace, which nearly resulted in Trump ordering reprisal strikes on Iran that risked devolving into a broader war.

The campaign continued all the way through Trump’s time in office. On October 23, 2020, the Wall Street Journal reported that “The Trump administration plans a pre-election volley of sanctions against Iran intended in part to fortify its pressure campaign against any future effort to unwind it, according to people familiar with the matter.” Trump followed through three days later with terrorism sanctions targeting the National Iranian Oil Company (NIOC) and the National Iranian Tanker Company (NITC), core entities identified for sanctions relief under the JCPOA.

It is unclear which precise entities will be scheduled for relief, and when, but Iran will not resume compliance with the JCPOA unless all sanctions relief under the deal is delivered along with any designations intended to obstruct their benefit. The same hawks who designed Trump’s sanctions with the intent of blocking a U.S. return to the agreement will feign outrage and object, but it will all be political theater. They drew up the game plan, and Trump executed. Now, Biden needs to knock the sanctions wall down in order to restore the JCPOA.

What are some of the nuclear steps that Iran will walk back?

Sanctions and sabotage have provided cover for Iran to breach compliance with the nuclear agreement. New reports indicate that Iran has accumulated 33.2 kilograms of uranium enriched to 60% U-235, the highest level Iran has enriched to. Iran has declared that it will not enrich to weapons-grade for now, but if it chose to do so it would not take long for Iran to amass sufficient fissile material for a single nuclear weapon.

This worrying trend underscores the stark and immediate nonproliferation benefits of restoring the JCPOA, which include:

None of the above benefits have eroded or will disappear anytime soon.

All the U.S. has to deliver in return is many of the Trump sanctions that re-triggered the nuclear crisis with Iran. Thankfully, this would have the added benefit of easing economic pressures on the Iranian people, who have been suffering under state repression, crushing sanctions and a deadly pandemic. As Christian Science Monitor reported, “inflation, poverty, a sense of hopelessness, and suicide rates are all on the rise…official statistics show that the ranks of those in ‘absolute poverty’ have doubled in the past three years to include 30 million Iranians – more than one-third of the population.”

Re-sealing the deal with Iran is an open-and-shut case. All lawmakers should applaud the efforts to restore the JCPOA and ensure that efforts to block implementation are thwarted.