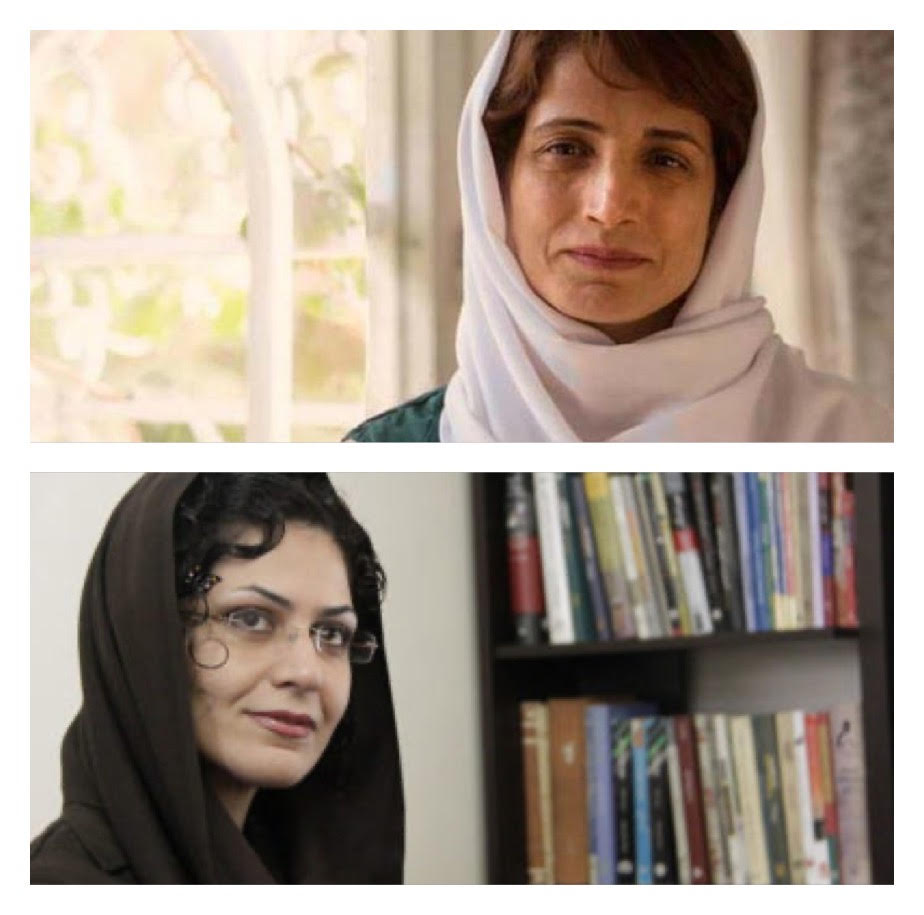 This week saw continued efforts by Iranian authorities to use any means necessary to silence their critics. In separate cases, Iranian officials demonstrated their means of suppression against two prominent Iranian female activists. Bahareh Hedayat, a student activist and staunch critic of the Iranian government’s authoritarianism, has already spent too much of her young life behind bars. Despite being jailed for six years after her participation in Green Movement protests in 2009, Hedayat has not shied away from political activism. She was detained again in February of this year for speaking out against the brutal state crackdown on protestors in November 2019, and showed her support for her fellow countrymen again in January when Iranians took the streets after officials lied about the accidental downing of a Ukrainian passenger plane.

Hedayat announced on her Twitter page on July 25th that she was handed a sentence of four years in prison for participating in protests after the tragic death of all 176 people onboard the Ukrainian airliner, and another eight months for “propaganda against the state” on Twitter—a particularly egregious charge given the use of Twitter by many Iranian officials. Showing remarkable courage and compassion, Hedayat coped with this injustice with calm resolve, noting that while these are only short-term adversities, those who lost their lives in November protests and in the plane crash “are gone and can never return.”

In another case of repressive tactics by the government, human rights lawyer and renowned activist, Nasrin Sotoudeh—already facing up to 38 years in prison for supporting the most basic rights of Iranian protestors and anti-compulsory hijab activists—has had her bank account blocked. Following a pattern of attacks on the families of activists to add greater pressure in stifling Iranian voices, the Iranian judiciary blocked Sotoudeh’s bank account, in order to bring undue financial strain to her family. Sotoudeh’s husband, Reza Khandan, who is all too familiar with the state’s repressive measures that have targeted him and his wife, stated:

“We believe the prosecutor’s action is aimed at putting economic pressure and financially hurting the family in a time of crisis and economic collapse due to the incompetence and inadequacy of the government and ruling establishments. We will not stay silent in the face of such inhuman actions.”

What both these cases illustrate is a continued attempt by Iranian authorities to forcefully compel their citizens to stay silent in the face of unmitigated injustice. While officials broaden the scope of their repression, Iranians refuse to relent or be intimidated. Iranian authorities must come to terms with the vociferous protests of their citizens and heed their calls to respect their most basic rights. We call on the Iranian government to adhere to their human rights obligations under international law, end its persecution of activists, and free all prisoners of conscience.