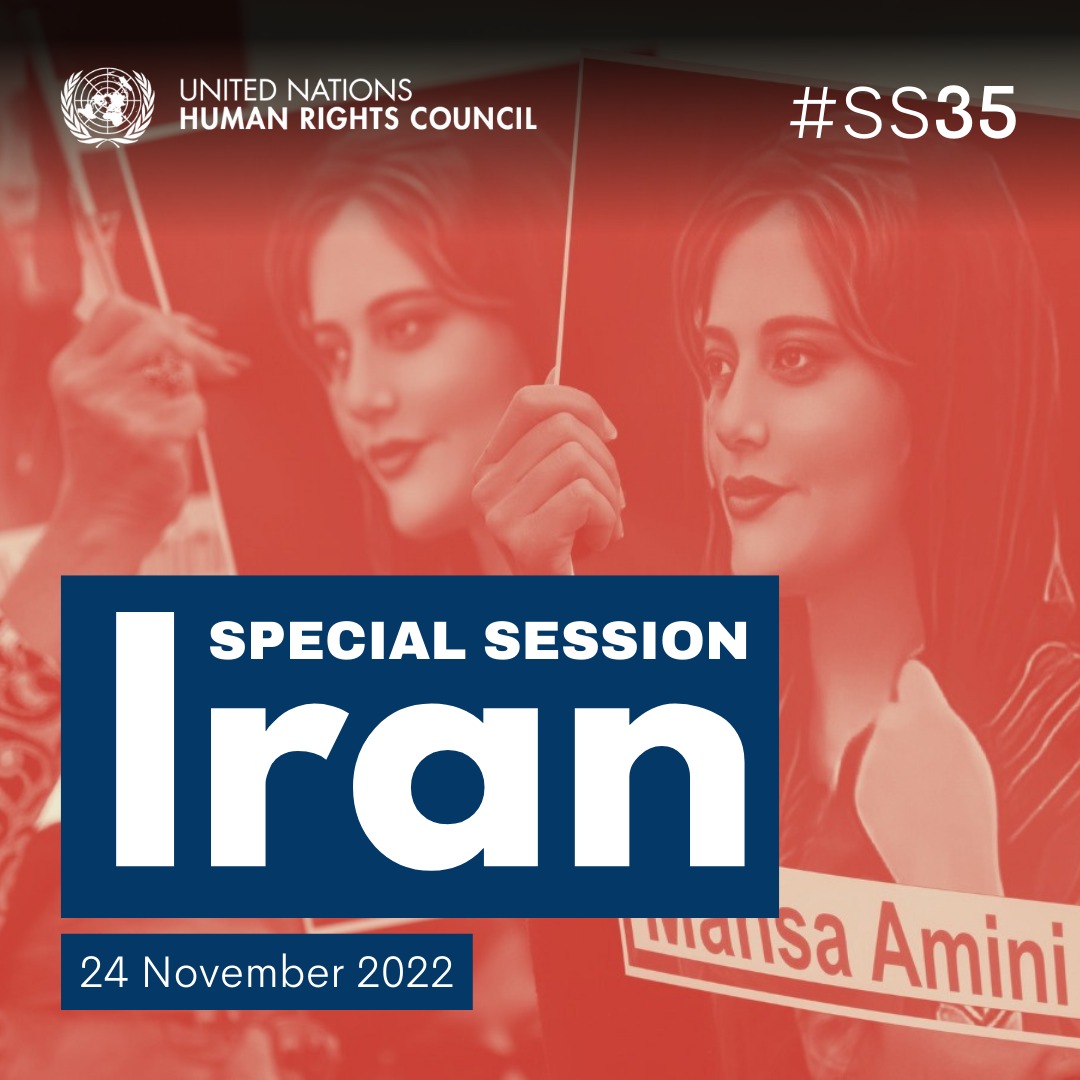 The United Nations Human Rights Council convened a special session Thursday on ongoing human rights abuses in Iran. During the session, the council passed a new mechanism that will compile facts on rights abuses on the ground, setting the stage for international accountability measures targeting those responsible for abuses. The mechanism passed 25-6, with 16 abstentions. China’s effort to strip the mechanism of its power was voted down, 6-25.

Volker Turk, the chief of the UN Human Rights Council, declared “we are now in a full-fledged human rights crisis.” Turk appealed to Iranian authorities, asking that they “acknowledge the deep-seated social, economic, and political grievances that have been building up, to heed people’s demands for their rights to be protected and for their voices to be heard, to acknowledge the legitimacy of those calling for a different vision of society. Women and girls must be able to feel free and secure in public without fear of violence and harassment…Young people need to know that they can peacefully express their opinions without fear of arrest and imprisonment.” According to Turk, the targeting of peaceful protesters with lethal force by Iranian authorities was done “in blatant disregard of international laws on the use of force,” with a death toll of over 300 including at least 40 children and more than 14,000 arrested.

Javaid Rehman, the Special Rapporteur on Human Rights in the Islamic Republic of Iran, called the killing of Jina Mahsa Amini “not an isolated one, but the latest in a long series of extreme violence committed by Iranian authorities against women,” coming shortly after Iranian President Raisi ordered a crackdown on those violating mandatory hijab. “Overcoming fear, Iranian people united across class, geographic and ethnic lines to demand a life in peace and dignity, in a country respectful of rule of law, human rights and fundamental freedoms, a country where their lives matter, where chanting, dancing, showing hair do not lead to flogging, jail or death.” Rehman noted that Iranian authorities ordered security forces to violently suppress protests, foregoing any effort to communicate with protesters and acknowledge their demands. Moreover, the Iranian Judiciary is conducting “grossly unfair, summary trials behind closed doors” against protesters, leading to at least six death sentences thus far. Rehman urged Iranian authorities to halt the use of the death penalty and release all those unjustly detained

While those voting against the Special Mechanism, including China, claimed double standards in the UN Human Rights Council’s actions, the arguments were outweighed by the truth of the Islamic Republic’s outrageous and escalating human rights abuses and the urgent need for the international community to act.

The National Iranian American Council commends the UN Human Rights Council for holding the Special Session and overwhelmingly passing the new investigative mechanism, which was first proposed by dozens of human rights organizations. It is a critical step toward accountability for the abuses perpetrated by Iranian authorities against the people of Iran, who have been engaged in peaceful protest and should be protected by international law. While the application of international law and human rights protections are unquestionably uneven, this does not mean that nobody should be held accountable for their actions. Indeed, with hundreds already killed, including dozens of children, mass arrests, and thousands facing severe punishments—several death sentences have already been handed down—now is the time for action to spotlight rights abuses and set the stage for further accountability in the future.

The National Iranian American Council urges the United Nations to continue to support this mechanism with the resources it needs and to engage in appropriate accountability measures against those officials responsible for the unconscionable crackdown in Iran. Officials in Iran must halt their rights violations immediately, release all those unjustly detained and address the core grievances that have spread across Iranian society. As shown today, the world is not turning a blind eye to the abuses being perpetrated.