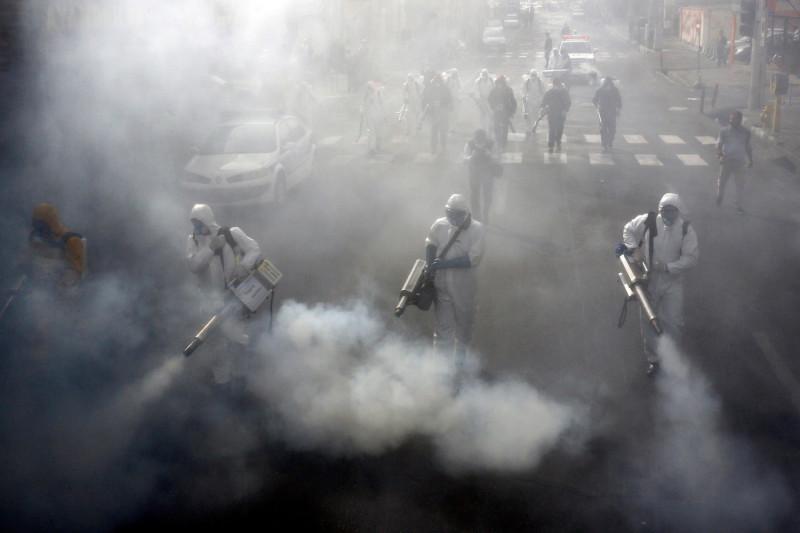 Iran currently has the third highest death toll in Coronavirus cases worldwide. The combination of a slow response by the Iranian government, mismanagement, and harsh U.S. sanctions, which have severely impeded the flow of goods and hurt the medical sector, has created a challenging situation for combatting the virus that is now a global pandemic.

Researchers at Sharif University estimate that if current conditions hold, up to 3.5 million Iranians could die as a result of the outbreak. These staggering numbers, as well as the need for an international response to a global pandemic, have provoked strong calls for the United States to lift the sanctions regime that has devastated Iran’s economy and adversely impacted its health sector with lack of needed medicines and medical supplies.

While proponents of President Trump’s “Maximum Pressure” policy on Iran argue that humanitarian goods have never been sanctioned, the recent move by the U.S. Treasury to slightly ease restrictions on Iran’s Central Bank to facilitate humanitarian transactions is an implicit admission that such channels have been hindered by U.S. sanctions. Beyond the medicines and medical supplies, U.S. sanctions prevent basic goods and services that are critically needed for Iranians to subsist under these difficult conditions. We need look no further than images of empty store shelves in the United States to understand the need for basic goods.

As the Coronavirus pandemic overwhelms the global community, leaders, officials, and activists have been prompted to appeal to the U.S. and stress that sanctions on Iran should be lifted to mitigate the fallout from the outbreak on humanitarian grounds. China and Russia have called on the U.S. to lift sanctions on Iran as it battles the Coronavirus, as well as allies such as the United Kingdom. Pleas from inside the U.S. have also added to the dispute, including members of Congress such as Ilhan Omar and Bernie Sanders, who tweeted today stating, “Iran is facing a catastrophic toll from the coronavirus pandemic. U.S. sanctions should not be contributing to this humanitarian disaster.”

Despite this growing global pandemic, Iran’s dire situation, and amplified international calls for sanctions relief, the U.S. has moved to increase sanctions on Iran. A statement released by Secretary of State Pompeo today affirmed that the U.S. would, “further Iran’s economic and diplomatic isolation. The United States will continue to fully enforce our sanctions.” While Pompeo has long touted his support for the Iranian people and commitment to human rights, the U.S. continues to reject any relief to Iran that may save millions of lives. The Coronavirus outbreak is a reminder to all of us of how we are connected, it is an opportunity to work together and save human lives, or divided watch innocents suffer. As Senator Sanders aptly put it, “As a caring nation, we must lift any sanctions hurting Iran’s ability to address this crisis, including financial sanctions.”