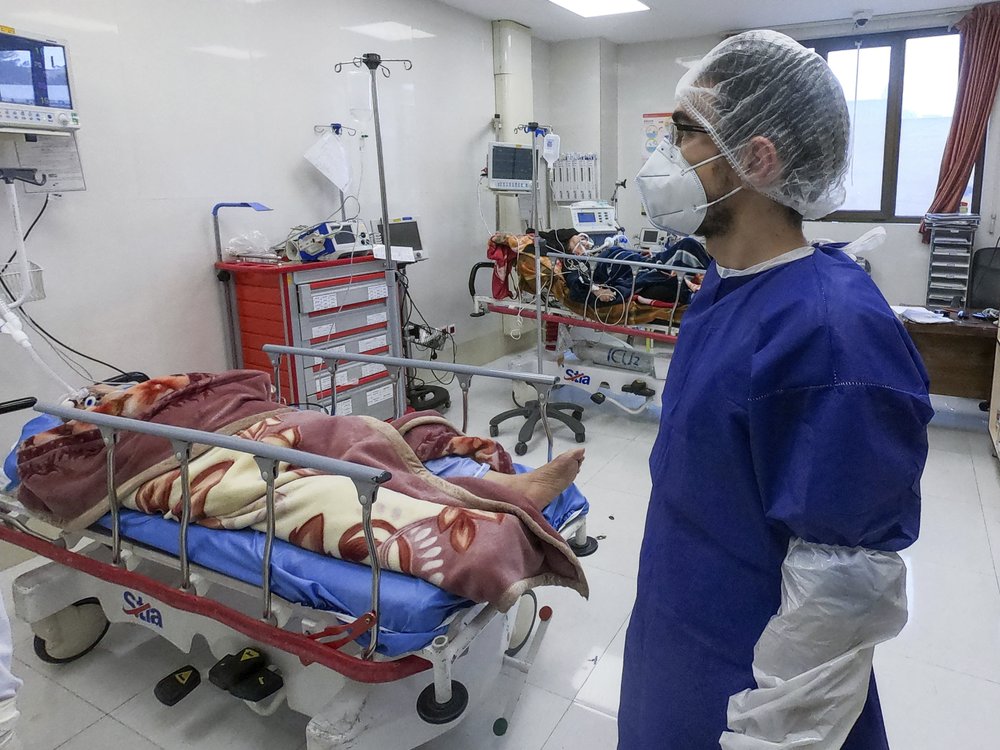 While the new Biden administration claims to center human rights in its foreign policy, it has continued policies that exacerbate the human cost of a deadly pandemic and undermine the principles of human rights. The Biden administration inherited the Trump administration’s “maximum pressure” policy on Iran, which imposed a cruel sanctions program targeting Iran’s entire financial system in what amounts to the collective punishment of millions of ordinary Iranians.

Of course, as Iranians themselves have rightly argued, the Iranian government’s corruption and mismanagement bears much of the responsibility for the immense suffering and large-scale death of Iranians due to the Covid pandemic. However, as American lawmakers have noted, U.S. sanctions have had a “catastrophic impact” on Iran’s ability—as well as other sanctioned countries such as Cuba and Venezuela—to combat the lethal virus. In fact, last year President Biden himself called on former President Trump to take “immediate steps” to address this on humanitarian grounds and recognized the negative impact of U.S. sanctions, despite exemptions for humanitarian goods.

Though the Biden administration announced soon after taking office that they would review these sanctions for the purposes of humanitarian assistance in a global crisis, no such relief has been granted and all Trump era sanctions remain in place on Iran. As such, a group of civil society organizations—including human rights, faith-based, advocacy and other groups—sent a letter to President Biden last week urging him to take swift action on sanctions relief. Read the full letter here.

As these groups and other human rights organizations and experts in the field have argued, the impact of sanctions goes beyond the pandemic alone. For instance, the Center for Human Rights in Iran has brought attention to the importance of internet freedom and the need to protect the right to access information and digital security for Iranians, which U.S. sanctions undermine. In a recent New York Times piece, women’s rights activist Sussan Tahmasebi and Iranian-American author Azadeh Moaveni wrote about the impact of sanctions on Iranian women and other marginalized groups.

In April of 2020, then-candidate Biden wrote: “In times of global crisis, America should lead. We should be the first to offer help to people who are hurting or in danger…in the midst of this deadly pandemic that respects no borders, the United States should take steps to offer what relief we can to those nations hardest hit by this virus — including Iran.” That now-President Biden has failed thus far to follow his own words makes them no less true. NIAC joins the call of other American civil society organizations for sanctions relief and to address the inhumanity of this policy. If the U.S. truly wants to lead and prioritize human rights, we must learn to “first, do no harm.”