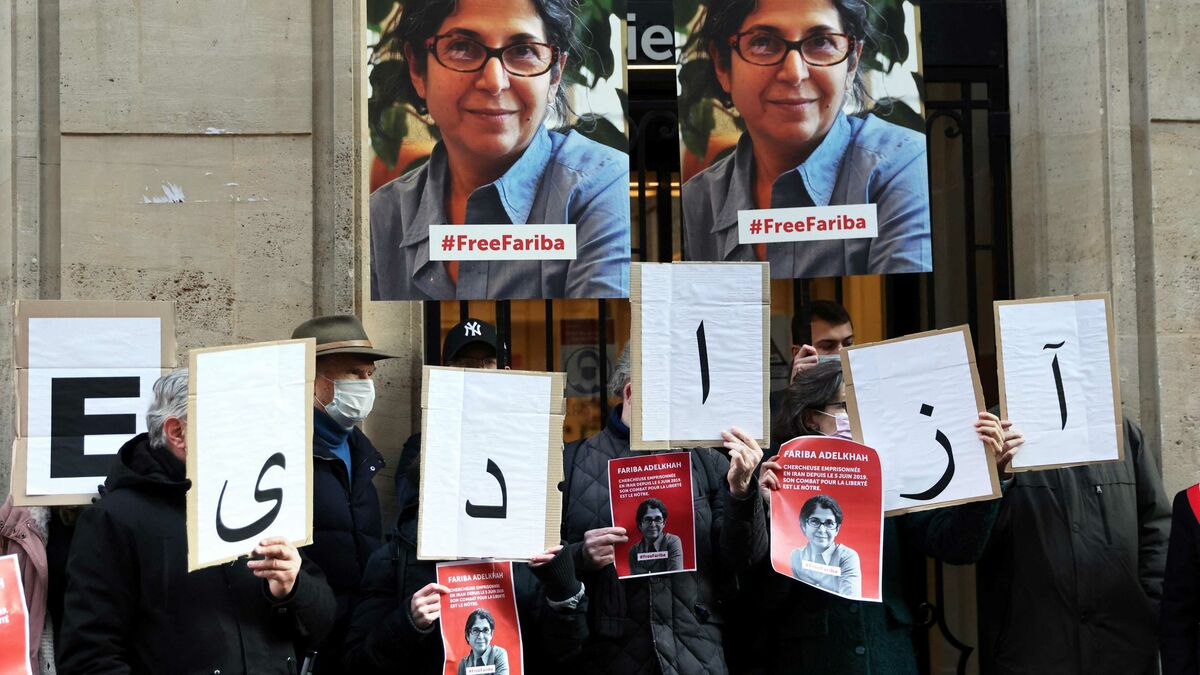 March 1, 2022 is the 1000th day that French-Iranian dual national, Fariba Adelkhah, has been detained in Iran under dubious charges. A well-known anthropologist and scholar at the prestigious French research institute, Sciences Po, Adelkhah did field research in Iran in prior years with a focus on contemporary Iranian society. Adelkhah was first detained in June of 2019 and has since faced charges of “conspiracy against national security,” for which she was sentenced to five years in prison.

In October of 2020, supporters were hopeful that Adelkhah would soon be freed after she was released from prison and placed under house arrest due to the COVID-19 pandemic. However, those hopes were dashed earlier this year when reports surfaced that Iranian authorities had returned Adelkhah to prison after more than one year living under house arrest.

French authorities reacted by calling for Adelkhah’s immediate release and stated, “The decision to re-incarcerate her, which we condemn, can only have negative consequences on the relationship between France and Iran and reduce the trust between our two countries.” In addition, Sciences Po, where Adelkhah was a researcher, has continued to show their outrage and support for their colleague, marking this bitter anniversary to bring attention to Adelkhah’s case.

Iranian human rights advocates acknowledged another regrettable milestone this week, recognizing the 500th day of Nahid Taghavi’s appalling detention. An activist for women’s rights and freedom of expression, the 66-year old German-Iranian dual national was arrested in October of 2020 and sentenced to ten years in prison. Both Adelkhah and Taghavi’s cases have garnered international support from human rights advocates calling for their immediate release. NIAC joins those appeals and calls for the immediate release of all of those who are unjustly and arbitrarily detained in Iran. We hope for the day we can replace sorrowful occasions with milestones of freedom.