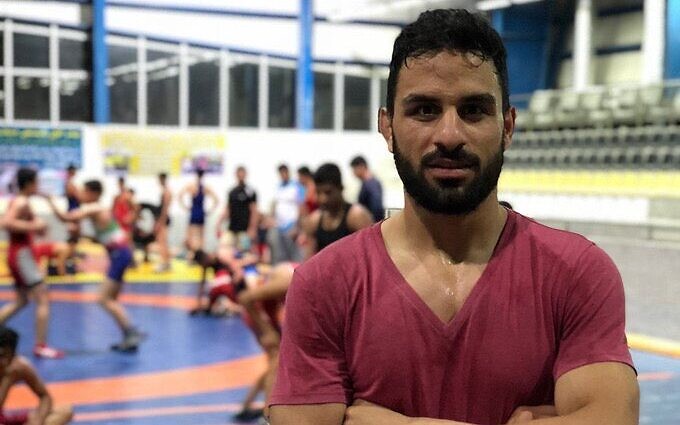 As news of Navid Afkari’s case has spread, the international outcry for Iranian authorities to stop his execution have grown louder and stronger. Afkari was arrested along with his two brothers, Vahid and Habib, after participating in national protests in Iran in 2018. Accused of crimes against the state and for allegedly killing a worker during the protests, Navid received a death sentence and his brothers were sentenced to 54 and 27 years in prison. However, Afkari has denied the charges and human rights groups maintain that his confession was coerced under duress.

As we have seen with protests in November of 2019 and January of 2020, Iranian authorities have become increasingly repressive and brutal against protestors. From meeting protestors with lethal force and shutting down the internet, to arbitrary arrests and tortured confessions, officials continue to ignore the cries of their people and resort to violence in an attempt to silence them. The Iranian judiciary continues to violate due process and not provide proper evidence for their accusations, which rightfully casts doubt on the validity of these alleged crimes committed by protestors and follows a pattern of repressive measures to instill fear in Iranians who wish to protest. The most egregious of these offenses by the state is an unsettling recurrence of execution sentences.

In July we saw the case of three young Iranian men condemned to execution for their participation in November 2019 protests, which led to a massive campaign using the hashtag “Don’t Execute” (Edām Nakonid). Much of that outpouring came from Iran itself and helped the young men win a stay of execution. Again, in recent days there has been a torrent of public messages urging Iranian authorities to stop the execution of Navid Afkari. A tweet from President Trump in support of Afkari was met with mixed reactions given the President’s own treatment of U.S. protestors and his maximum pressure policy on Iran that has crippled the country’s economy.

Still, the appeal to prevent Afkari’s execution is a global call that must be heeded by Iranian authorities, not because of the pressure, but because Afkari—like all Iranians—has the right to protest and the right to a fair trial. Today, the International Olympic Committee joined other sports groups who are united in their efforts to protect one of their own, to urge Iranian authorities to stop Afkari’s execution. IOC Director of Public Affairs, Christian Klaue, tweeted earlier today that the IOC, United World Wrestling, and National Federation were working to “facilitate a solution.”

While we await the hopeful news of a solution to the case of Navid Afkari that saves this 27-year old Iranian champion wrestler from execution—a punishment reprehensible in and of itself—it is imperative for Iranian authorities to address the fundamental injustices of a system that punishes protestors and suppresses its people. We call again on the Iranian government to abide by its human rights obligations. In a country that has long admired its athletes and the sport of wrestling, people like Navid should be celebrated, not criminalized, اعدام_نکنید.