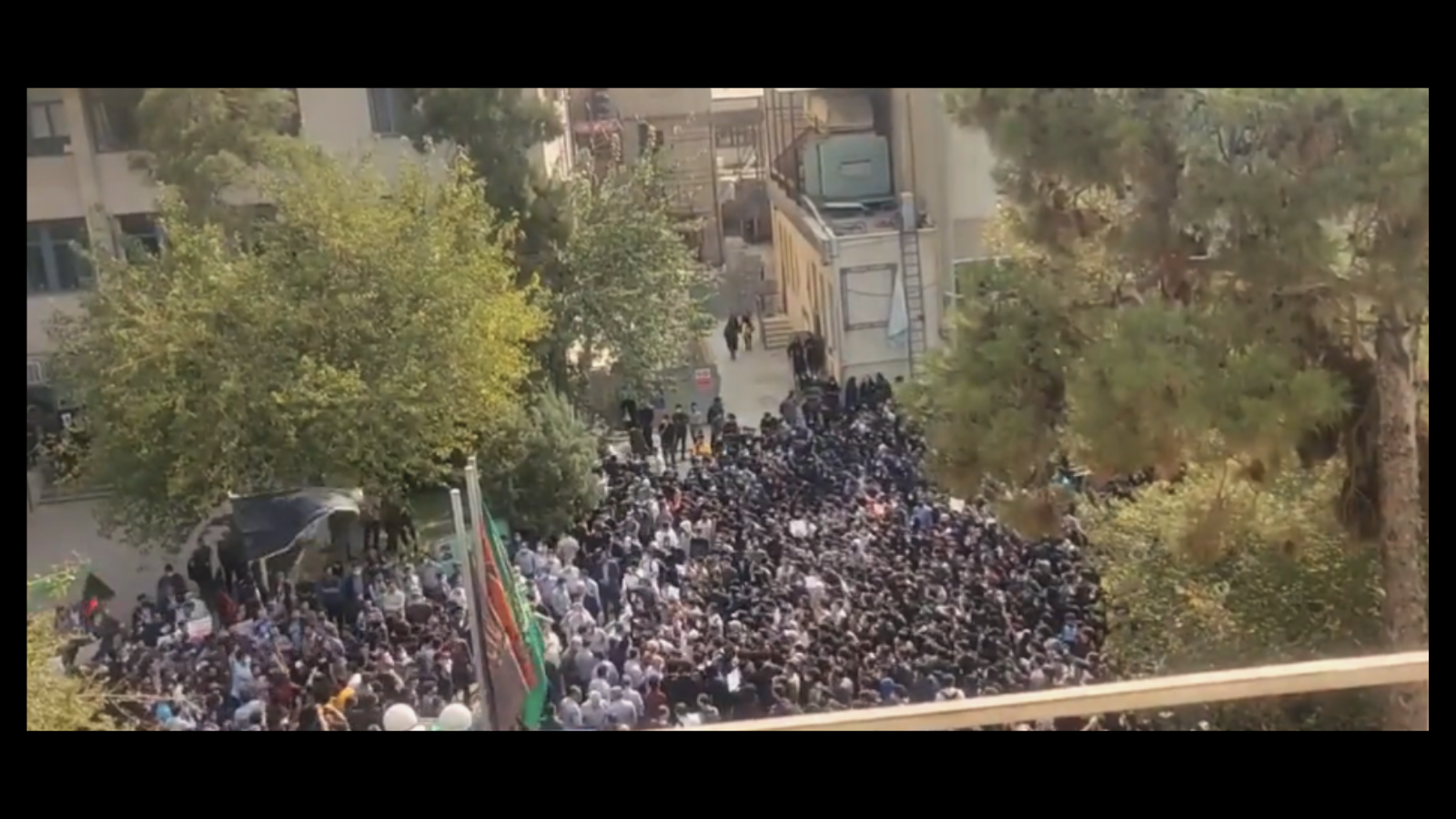 As widespread protests in Iran continue into the eighth week, the Iranian people are bravely voicing their deeply-held grievances towards the Islamic Republic despite constant efforts by authorities to silence all critics in a brutal and bloody crackdown. On Sunday, new protests erupted after Nasrin Ghadri—a Kurdish student from the town of Marivan—was killed in Tehran after sustaining head injuries when security forces beat her with batons. In Ghadri’s hometown of Marivan, protesters reacting to the news of her death gathered in the streets, where they could be heard chanting slogans such as “Kurdistan, the graveyard of fascists.” According to Norway-based Hengaw Organization for Human Rights, 35 people were wounded when security forces opened fire on the crowd of protesters. The organization shared a video on social media where the sound of gunshots could clearly be heard emanating from the streets of Marivan,  where security forces were firing at protesters.

In recent days, Iranian authorities have abducted multiple individuals—including students and activists—as part of their intensifying efforts to silence critics of the state. Hengaw reported on November 6th that Kurdish activist Ghazal Masumshahi was kidnapped from her husband’s workplace in Tehran. Later, the authorities stormed her house and confiscated a number of electronic devices at the residence. The organization also reported that six citizens from Kamiyaran—Hiwa Tabeyi, Armin Ahmadi, Zaniar Qorbani, Hossein Fathi, Adel Emamiwere, and Mohsen Marab—were abducted and arrested recently.

There is a growing fear that many individuals who have been detained will face the death penalty for speaking out against the Islamic Republic. Students are particularly at risk of facing execution. In recent days, security forces have targeted students who have been active in anti-state protests on university campuses. It was reported on October 30th by Human Rights Watch that around 308 students had been arrested since the demonstrations started. The next day, it was announced that trials would be held for 1,000 individuals indicted for participating in protests. Afterwards, a group of 227 lawmakers called for harsh punishments for those who have taken part in the anti-state demonstrations. “We ask the judiciary to deal decisively with the perpetrators of these crimes and with all those who assisted in the crimes and provoked rioters,” they said.

After weeks of protests, NIAC continues to stand with the Iranian people and their supporters around the world who condemn the Islamic Republic for its efforts to terrorize and punish innocent citizens for merely speaking out against the authoritarianism and injustices of the system. Iranian authorities must end their violent attempts to silence the Iranian population and immediately free the thousands of people who have been detained for exercising their rights of free expression. Furthermore, we urge the international community to act with urgency to prevent Iranian authorities from executing the innocent citizens who may face the death penalty for their involvement in anti-state protests.