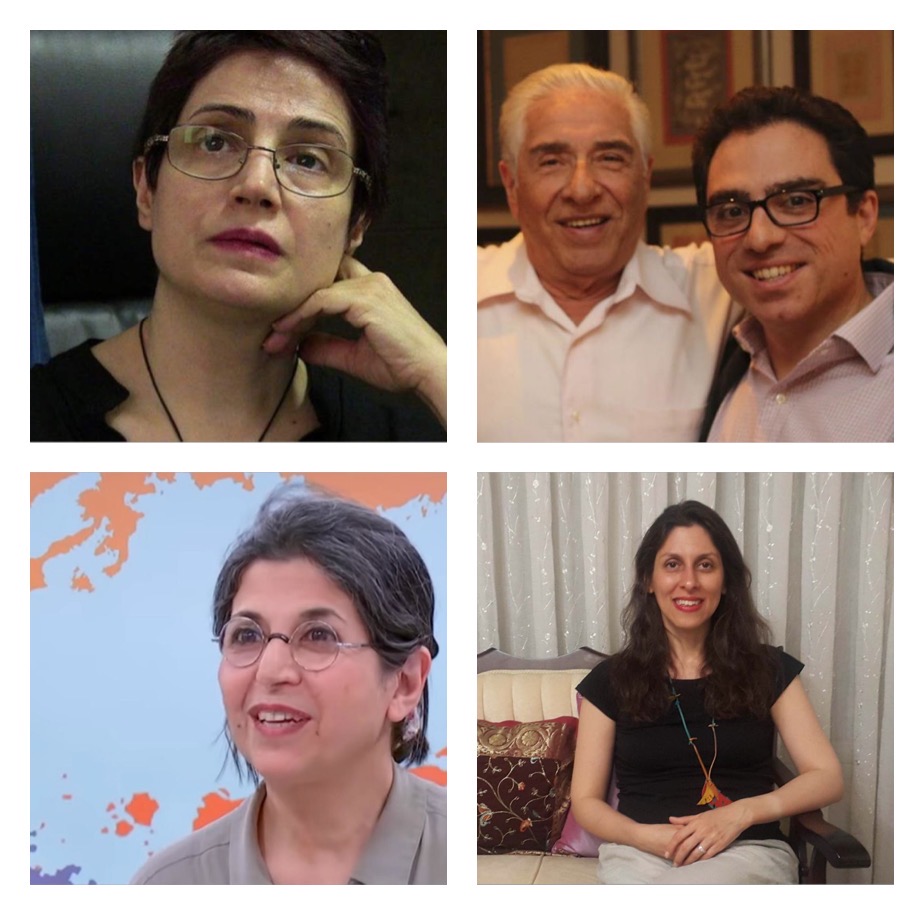 Calls for the release of prisoners wrongly held by Iranian authorities have continued to grow louder as unjust detentions of dual nationals, human rights activists, and political prisoners continue unabated. Distinguished lawyer and human rights defender, Nasrin Sotoudeh, is central to this renewed attention to the plight of prisoners in Iran, as she continues her hunger strike that has now spanned 45 days.

Worrying reports of her declining health have drawn new calls for Iranian authorities to release all prisoners of conscience and dual nationals. However, these pleas appear to be falling on the deaf ears of the Iranian judiciary, as the Center for Human Rights in Iran stated yesterday that Sotoudeh was transferred back to Evin prison despite serious health concerns.

Additionally, last week a group of academics and policy makers marked the 75th session of the United Nations General Assembly by issuing an open letter calling on the Iranian government to release father and son, Baquer and Siamak Namazi, as well as all other Iranian dual nationals serving long sentences on spurious charges, such as British-Iranian Nazanin Zaghari-Ratcliffe and French-Iranian academic Fariba Adelkhah. European diplomats have cited these very cases in recent moves to increase pressure in order to secure the release of these prisoners. Reports yesterday indicate that the United Kingdom, France, and Germany will summon their Iranian ambassadors as a show of unified diplomatic protest against these detentions.

NIAC President, Jamal Abdi, joined the list of signatories to the letter, which stated: “The use of prisoners as bargaining chips in order to coerce other governments to provide concessions is a cruel policy and strategy that the Islamic Republic has been using, and it has to end… We call on the Iranian authorities to release all innocent dual nationals who are arbitrarily detained in Iran and end the injustice against them and their families.” Read the full letter here.