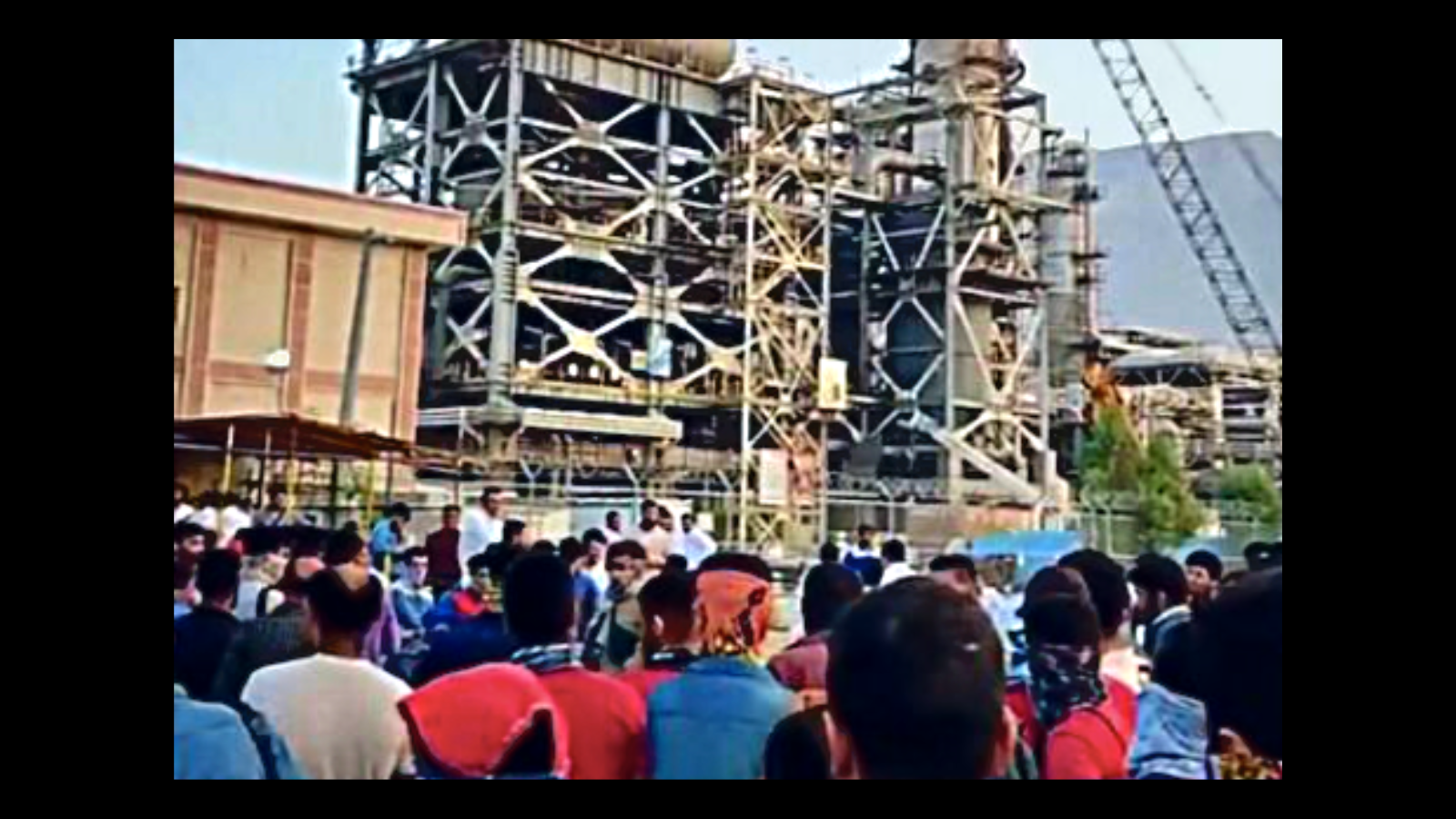 Iran’s current youth-lead protests have brought the Islamic Republic’s abuses of women to the forefront of public attention. However, it should be noted that the protests have expanded into a broad-based movement that spotlights a range of political and economic grievances in the country. One of the issues that has been underscored in recent days is the suffering of Iranian workers amid high inflation, low wages, and poor working conditions. On September 29th, oil workers in the city of Asaluyeh Bushehr Province threatened to go on strike and released a manifesto condemning the murder of Mahsa Amini, declaring their support for the ongoing nationwide protests, and demanding better pay and working conditions. “We will no longer accept the continuation of these slave-like conditions of life and work,” the manifesto said. A day later, some oil workers from Abadan and Asaluyeh went on strike.

That oil workers are expressing solidarity with the thousands of women and youth involved in nationwide protests is a sign of a broadening coalition of Iranians who are bound by their common purpose to hold Iranian leaders responsible for their many crimes. As the protests continue, Iranian authorities have indiscriminately assaulted, imprisoned, and murdered anyone they can find who is critical of the Islamic Republic’s policies. Iranian authorities have been seen attacking protesters—including many female high school and university students—with clubs, tear gas, and even live ammunition. On Sunday, it was reported that Iranian authorities arrested schoolchildren in addition to closing down all schools and institutions of higher learning in Iranian Kurdistan. Children and teenagers are being targeted by security forces due to their active role in protests in recent days. A video shared on Twitter shows a group of high school students shouting “Honorable teachers! Strike! Strike!” during a sit-in on school premises.

Strikes have been a common occurrence in recent days as the Iranian people seek to voice their strong condemnation of the Iranian government. On September 25th, a two-day strike was held by the Coordination Council of teachers’ unions who condemned the suppression of protesters by security forces and urged current and former teachers to support “the rights-seeking people of Iran.” A group of female teachers also released a statement declaring their “solidarity with other justice-seeking people and protesters to this crime for which there is no accountability and never will be.” It should be noted that 60% of Iranian teachers are women. Therefore, they are key players in the current movement which seeks to end the state’s abuse of women as well as its mass arrests and violence towards peaceful protesters, including students.

As protests continue into their fourth week, it is clear that the Iranian people remain undeterred by the brutal violence used against them by the Islamic Republic. Importantly, the youth-led protest movement appears to be intensifying and growing to encompass Iranians from different walks of life who are infuriated by the rampant human rights violations, repression, and worsening standard of living in the country. Iranians are now using their powerful collective voice to unequivocally reject a corrupt, dysfunctional, and authoritarian government that has consistently ignored the interests of its citizens. The world must continue to amplify the voice of the Iranian people and empower their movement to finally end the injustices they have endured for too long.