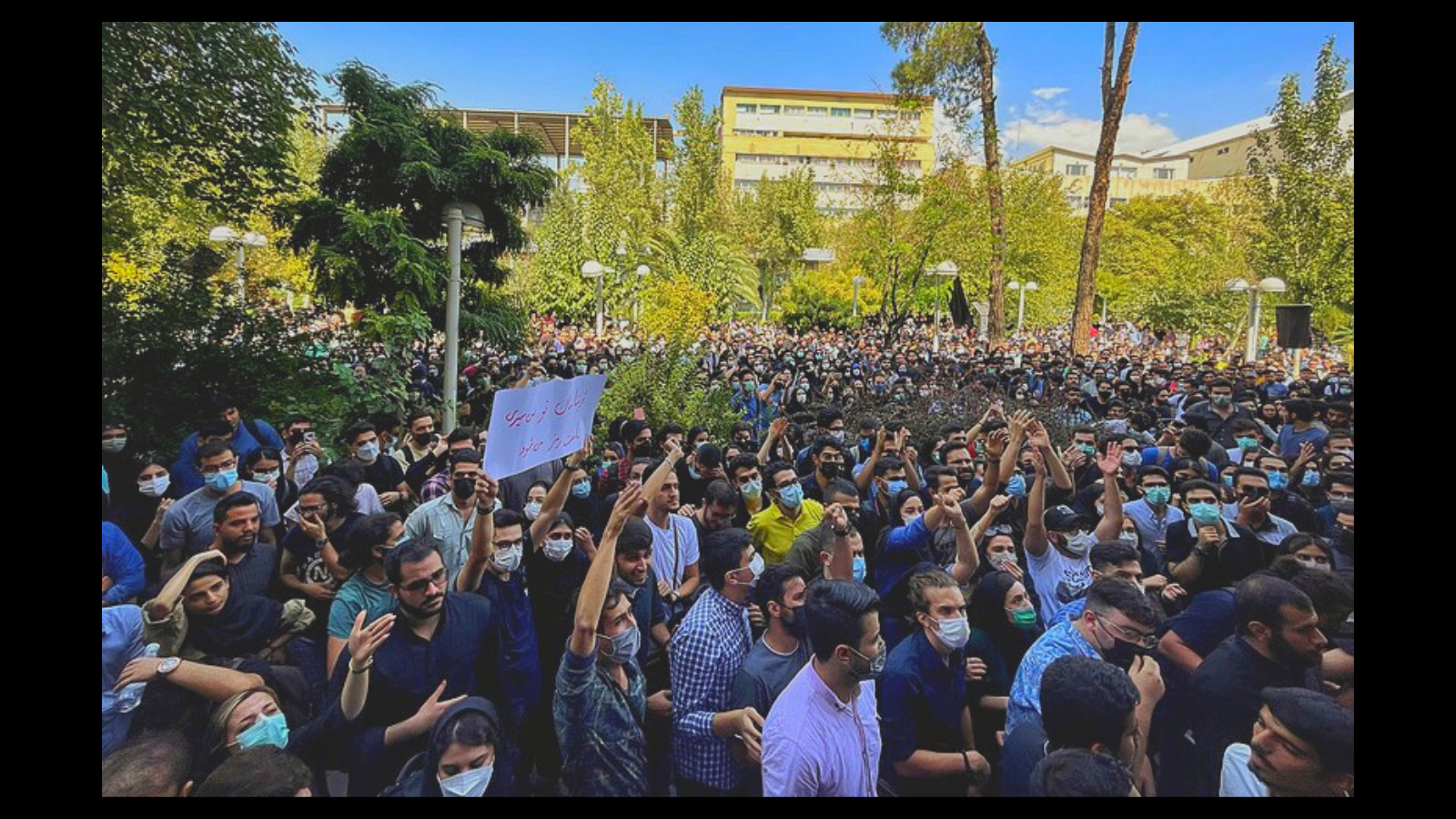 Iranians Protest on Anniversary of 2019 Protests

Iranians in several cities, including Tehran, took to the streets on Tuesday to mark the anniversary of Bloody November when anti-government protests were brutally quashed by security forces in November of 2019. During that year, a sharp rise in gas prices triggered by a cut to fuel subsidies sparked protests that spread to 100 towns and cities across Iran. In response, the authorities imposed a total internet shutdown on the country that lasted a week and used widespread and deadly force against protesters. It was reported by Amnesty International that 321 people were killed during the crackdown on demonstrations that occurred in 2019, though a report from Reuters suggests that number may have been much higher at 1,500.

Yesterday, Iranian workers went on strike and joined students in demonstrations to condemn the Islamic Republic’s repression and continual use of deadly force against the civilian population. Reportedly, the strikes included bazaar merchants and workers from Esfahan Steel Company. One video shared on social media shows protesters chanting anti-government slogans at the Grand Bazaar in Tehran. Another video shows protesters chanting “shameless” to express their indignation towards the security forces who have killed several hundred protesters and arrested upwards of 15,000 since protests erupted approximately two months ago. The recent strikes and protests signify a continuation of the Iranian people’s deep dissatisfaction with the Islamic Republic that sparked the 2019 protests and the protests this year, which have expanded to include more middle class Iranians as well as Iranian youth and women.

Iranian authorities continue to respond brutally, including by targeting citizens in the Tehran Metro station where crowds were chanting anti-government slogans. Additionally, reports have emerged that additional protesters were sentenced to death, raising the total to five. Thousands more are at risk of death sentences or other forms of harsh punishment from the Iranian judiciary.

Continued demonstrations confirm that there is a deep-seated and widespread desire for fundamental change in the country that has only intensified since the protests in 2019. Even Mohammad Khatami, Iran’s reformist president from 1997 to 2005, admitted in controversial remarks that the current system in Iran is untenable. While arguing that revolution is neither possible nor desirable, Khatami indicated that change must come from within and that “the continuation of the current situation leads to social collapse,” he said.

History has shown that anti-government sentiment will persist and grow stronger as the Iranian government’s repression worsens. As a result, popular uprisings are likely to increase in frequency and intensity if the Islamic Republic refuses to yield to the demands of the majority of citizens. NIAC calls upon the Islamic Republic to cease its violent suppression of protesters, release the thousands of people who have been unjustly imprisoned for criticizing the system, and surrender to the collective will of the Iranian population.